As the saying goes, “it is never too late.” That is certainly true in the case of this tortoise that gave birth for the first time at the tender age of 80.The tortoise, named Nigrita, is a Galapagos tortoise that lives at the Zurich Zoo in Switzerland. She is making a big impact for her species and her 9 adorable hatchlings will go on to help ensure the survival of the endangered species.

Although her age seems quite impressive in human terms, it is normal for her the Galapagos tortoise to give birth at that age. In fact, they don’t start reproducing until around 40 years of age.The Galapagos tortoises are considered one of the longest living animals on earth. So, although Nigrita is 80, she is truly in the prime of her life.

Of the tortoise species, the Galapagos tortoise is the longest living and “exist on only two remote archipelagos: the Galápagos Islands 1000 km due west of mainland Ecuador; and Aldabrachelys gigantea of Aldabra in the Indian Ocean, 700 km east of Tanzania.” 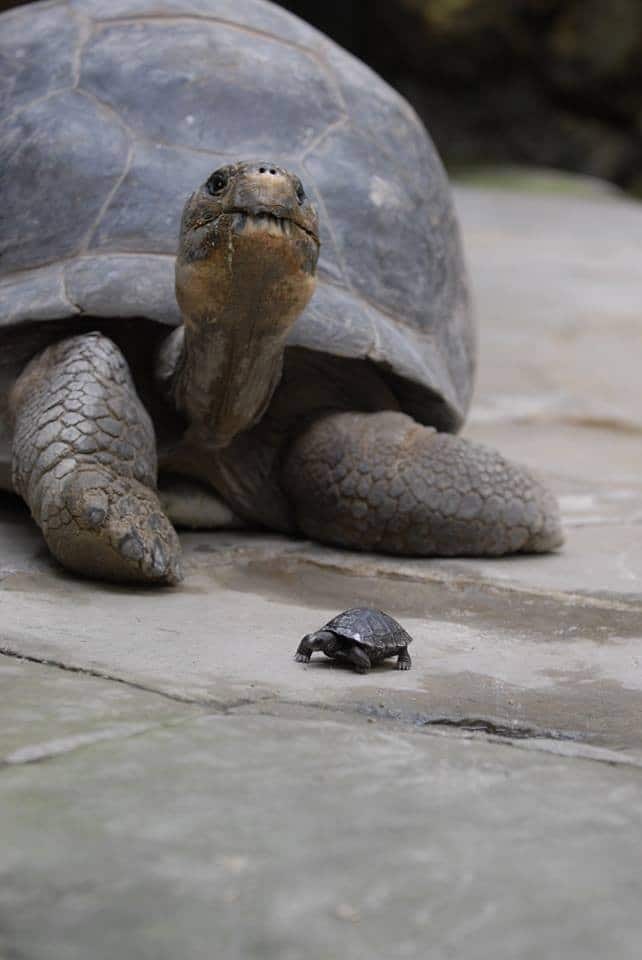 Sadly the species is endangered due to over hunting of their meat and oil. 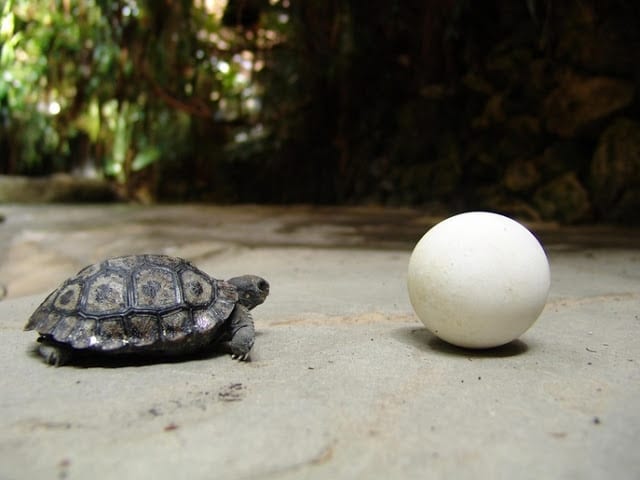 Over exploitation of their natural habitat, and the introduction of non native species of animals, have also contributed to their decline. 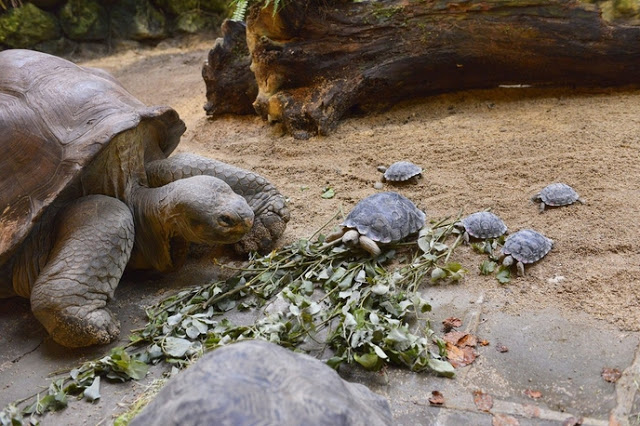 Nigrita is part of a breeding program at the Zurich Zoo, which will work hard to ensure her 9 babies grow up healthy and strong so they can take part in future breeding programs. Young Mother Dog Rescued and Reunited With Her Stolen Puppy