Sometimes things we take for granted can mean the world to someone else.After living a long and hard life locked up in a puppy mill and used for breeding, this senior chihuahua pup was completely overjoyed when he was given his very own bed.

The poor pup had been so deprived of basic comforts that when he was rescued by National Mill Dog Rescue and given a bed, he could barely believe his luck.The pup was rescued from a puppy mill in the Midwest together with 34 other pups.NMDR works tirelessly to rescue and rehabilitate puppy mill dogs, and give them the love and respect they deserve.

The senior chihuahua pup, Freddie, was quite shy after being rescued, but soon came out of his shell and began charming his rescuers.

He happily accepted cuddles, kisses and snuggles and slowly began to realise that they genuinely cared about him and weren’t just interested in using him. 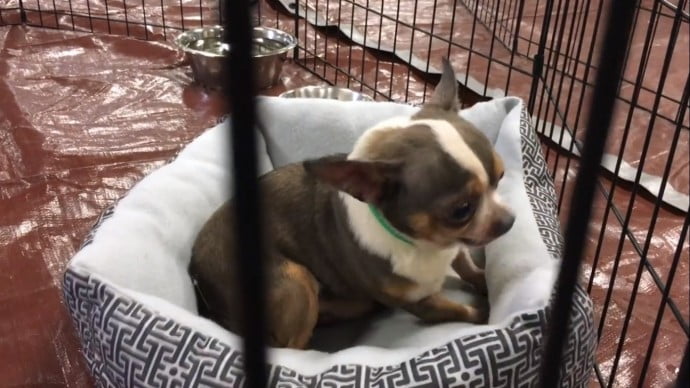 Freddie had spent his whole life at the puppy mill, fathering hundreds of puppies and receiving very little care.

When he grew too old to keep breeding, he was no longer of any use to the mill and they were planning on getting rid of him. 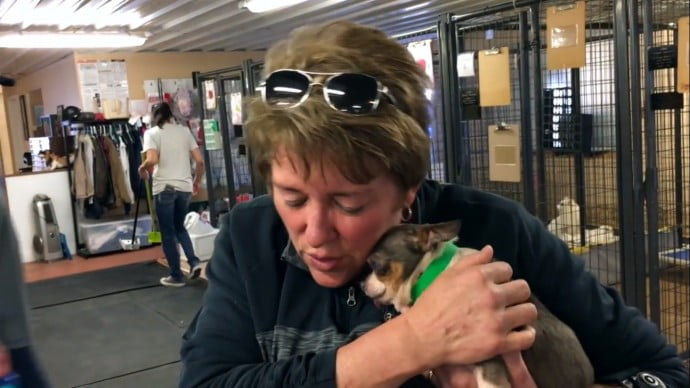 Luckily, NMDR saved little Freddie and immediately set out to give him everything that’d been denied him.

They brought him to the rescue centre and placed him in his own little pen.

And then, Freddie received what seemed like the most wonderful gift in the world: a bed. 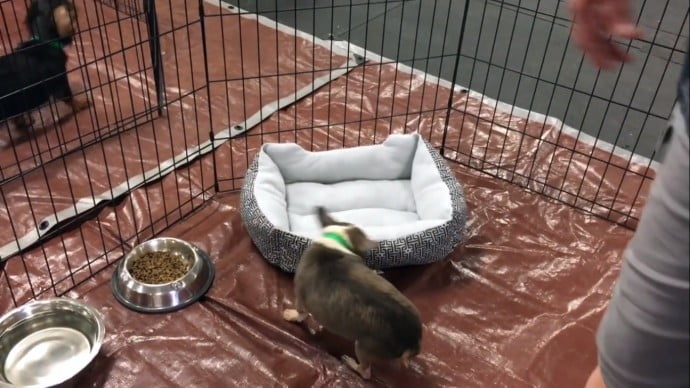 At first, Freddie barely knew how to react. For a while, he simply stared at the bed in total awe.

But then he approached it and began jumping on it, snuggling it and chewing on it.

Freddie loved his bed so much and seemed to understand that his years of hardship and suffering were finally in the past.

He’d lived his whole life without even something as basic as a soft bed to snuggle up in, but now, he was finally free.

But even though the past cannot be changed, Freddie’s future is looking bright. 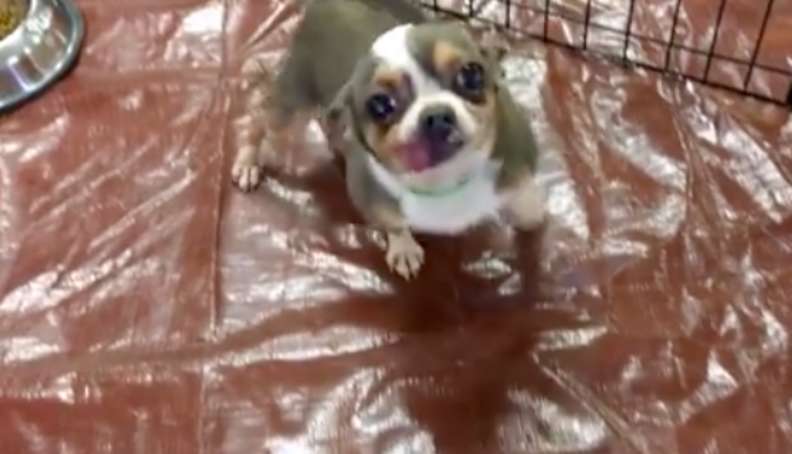 A video of Freddie’s heart-melting reaction to his new bed went viral, and NMDR believes that he’ll have no problem finding a forever family.

Applications have already started pouring in from people who wish to adopt Freddie and give him the life and the love he deserves.

Soon, Freddie will have a family who loves him and cares for him, and he’ll always have a soft place to sleep.

Freddie will be able to enjoy his golden years in comfort and safety, and will finally be able to wake up each morning and be excited about what the day will bring.