Maya the Lab mix had a rough start to life. She spent about two years with a family that didn’t treat her well. When the family decided they no longer wanted to keep Maya, they surrendered her in one of the most heartbreaking ways possible.Someone took a video of a woman dragging Maya to a Texas high-kill shelter with a rope tied around her neck and legs.

The woman and her children yelled for the dog to come inside, but Maya wouldn’t budge. She had realized that it was likely the end of the road for her.The video of Maya being abandoned clearly captured the moment she realized that she was being left behind. As soon as she got close to the door, she dug her nails into the ground and tried to pull backward.

Her unkind family members, some of which were still dressed in pajamas and slippers, looked irritated by the dog’s resistance. It was as if saying goodbye to their dog was a huge inconvenience for them. 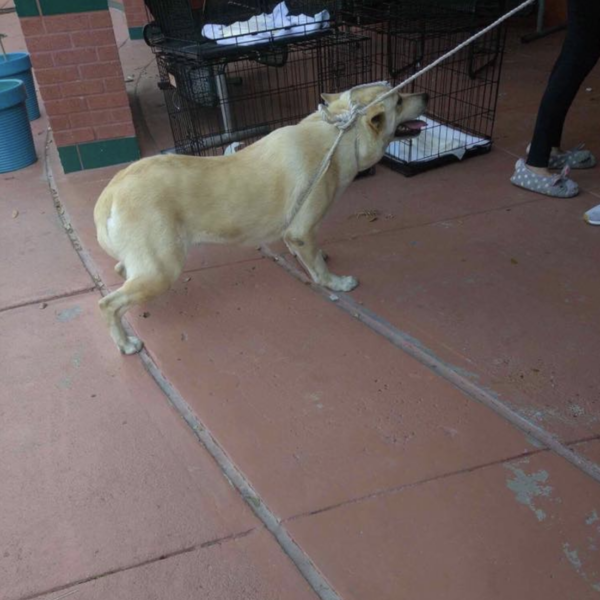 The woman tugged on the tight ropes that were tied around Maya’s neck and front legs. However, Maya refused to budge. Eventually, the woman had to pick her up and drag her toward the door. All the family members, including the kids, kept calling the dog’s name angrily. But no matter how hard they tried, Maya would not enter the scary kill shelter. 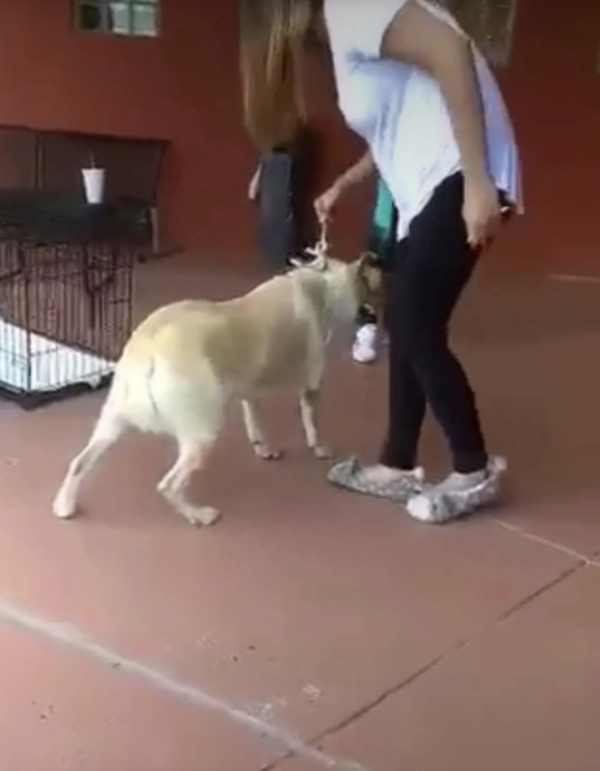 None of the family members showed any sympathy for their dog. For all they knew, Maya could die at that shelter. The least they could do is say a proper goodbye. Unfortunately, that never happened.

Once the video was shared on social media, it quickly went viral. Dog lovers all over the world could not believe how heartless the family was. No dog deserves to be abandoned that way. Luckily, Rescue Dogs Rock, an organization in New York, saw the video and decided to rescue Maya. When Maya arrived in New York, she was terrified and hesitant around people. Of course, she had every right to be scared. People hadn’t been kind to her in the past, so she needed a chance to see what true love was like.

She also had to be spayed and treated for heartworm upon her arrival. So, the vets showed her extra love and care during her visits. They were determined to show her that she was safe now. Thanks to the kind dog rescue, she was going to get a second chance at life. 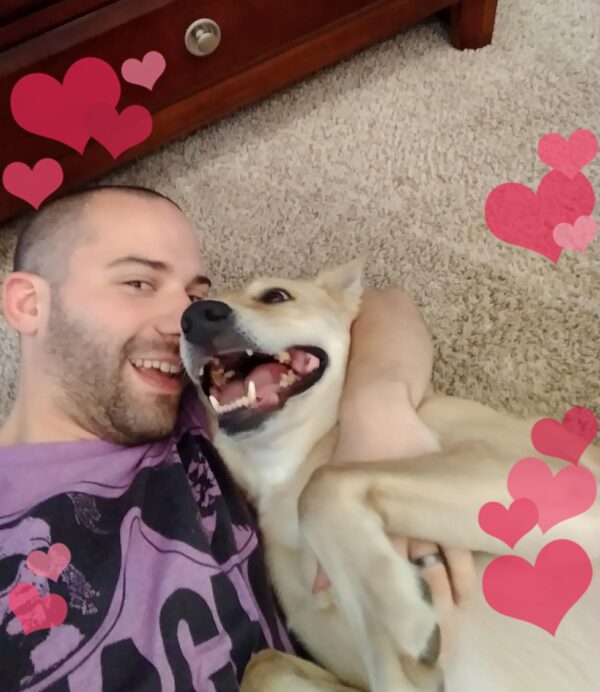 Since then, Maya has been adopted! She spent some time with a foster family and found her loving home not long after. Her new name is Ella, and she looks like the happiest dog in the world. What’s even more exciting is that her new dad shared some photo updates of her since her adoption, and she seems to be smiling in some of them. Her story further proves that adopting a dog can save their life.