Introducing a new member to your fur-family is an incredible experience. It is always interesting to discover how the animals will react with each other and these moments are often marvelous to behold.This is exactly what transpired with Bailey, a friendly Golden Retriever who has become a temporary surrogate father to a group of baby bunnies introduced into his home.

Captured in a heart-melting YouTube clip, the tiny bunnies flock to the slightly bamboozled but very affectionate pooch.The little bunnies have clearly selected Bailey as their new protective figure and Bailey seems to be more than okay with this new development.

To the owner’s surprise, the bunnies showed no fear towards Bailey and immediately accepted him as their father. Bailey also accepted all four of them, as he let them use his fur as a jungle gym. 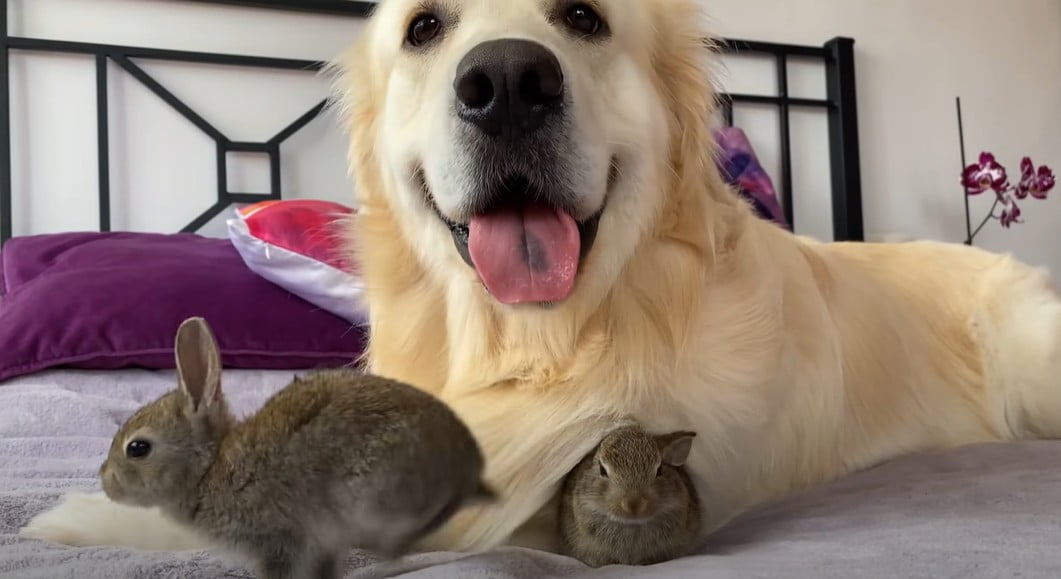 It was clear that the bunnies felt secure and comfortable with Bailey’s gentle presence and paternal aura.

Baby bunnies are the epitome of cuteness but coupled with Bailey’s gentle touch it’s almost too much handle. There’s so much love going on that our hearts can barely take it. 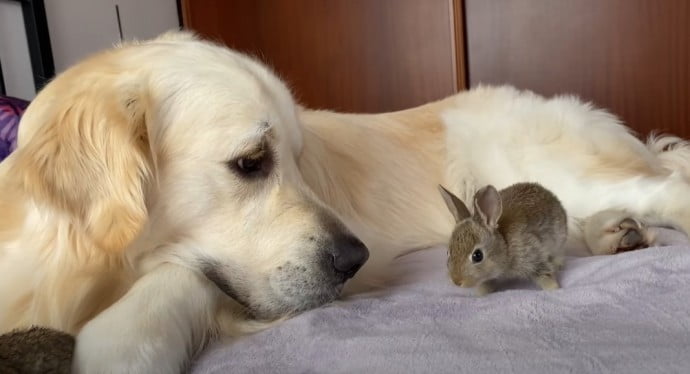 Dog are social creatures by nature and well known or their tendency to make friends with both humans and other animals. In fact, given the right circumstances, a dog will befriend just about anything. So it makes perfect sense that Bailey took to the bunnies so quickly. 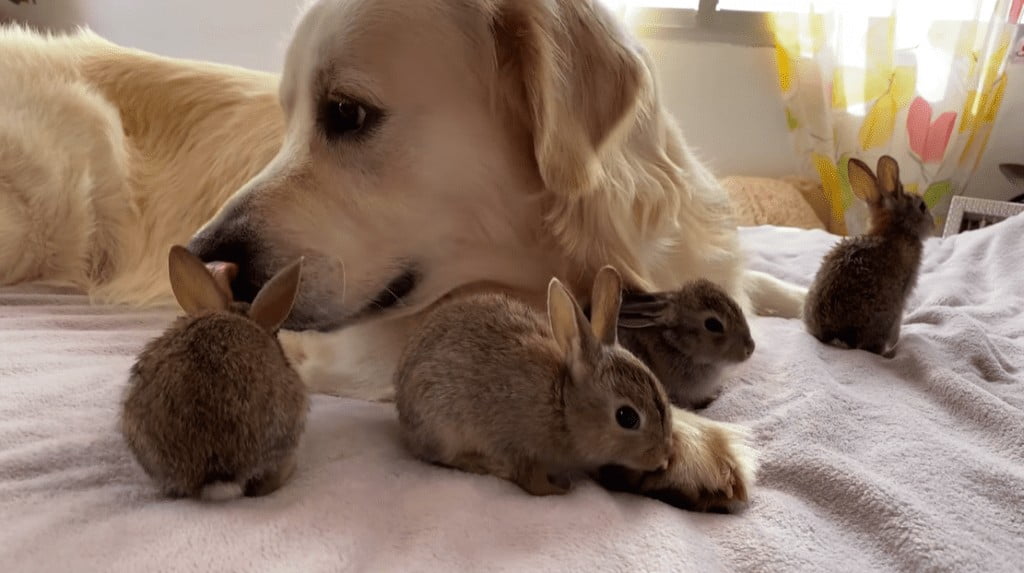 Animal friendship is among one of the purest things in the world. However, nothing beats the friendship between two different species.

Bailey loves his new adopted children and we’re sure he’s taking his new father responsibilities very seriously, giving his kids all of the snuggles they need.

If you want to see more of Bailey and his adventures with other animals, check out his YouTube channel. You can also follow him on Instagram.