If you’ve been working from home during the quarantine, it’s likely that you’ve had more than enough Zoom calls. Every time your company schedules another Zoom meeting, it might be difficult to look forward to it.However, Guide Dogs Australia recently hosted a Zoom meeting that any dog lover would be thrilled to attend. That’s because the meeting was hosted by several adorable guide dogs, including a 3-week-old puppy!

Having a meeting with other humans might be boring, but when a bunch of dogs are involved, everything changes for the better.Guide Dogs Australia decided to host a Zoom call in honor of Guide Dog Day on April 29th. Usually, they host a fun charity event for this special day, but this year, they had to adjust their plans. Social distancing caused them to rethink how they were going to celebrate.

So, the staff realized it was much safer to do a Zoom call. The purpose of the call was to introduce some of the incredible dogs and educate others about the work they do. In other words, it was an adorable way to spend your lunch break. They encouraged everyone who was interested to join them for this special event. 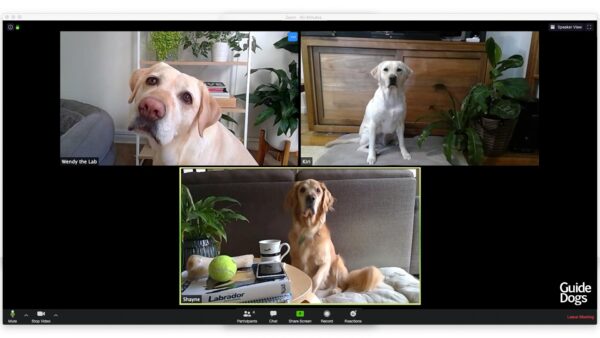 The Zoom meeting consisted of 7 adorable guide dogs and of course, their humans. Over 1,200 people hopped onto the call to see these remarkable dogs. Plus, they were able to learn some exciting information about what Guide Dogs Australia is all about.

The highlight of the meeting was the newest member of the team. He is a 3-week-old puppy named Zoom, after the program. Zoom is the cutest little thing, and he behaves so well in front of the camera. In the meeting, they explained that he is extra special because he was the only puppy in his litter. Most of the guide dog litters end up with about 5 to 9 puppies. 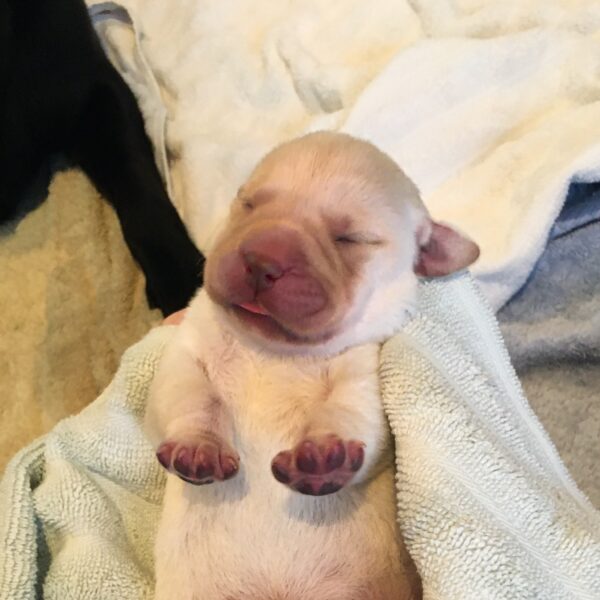 As the staff introduced all their dogs, they also explained the story behind each pup. Not every dog with Guide Dogs Australia is capable of becoming a guide dog, but that doesn’t mean they can’t help out in other ways.

One Lab named Willow had feet that were too sensitive to walk on strange surfaces like gravel, so she couldn’t perform regular guide dog duties. Instead, she found a loving home with one of the staff members, where she is now an ambassador for guide dogs. All guide dogs that don’t qualify get another career path like Willow did. Many of the dogs are trained to be therapy dogs instead.

This Zoom call was an amazing way for all dog lovers to learn about the importance of guide dogs. And, of course, it was a great way to meet all the lovable working dogs. If you missed the call, don’t worry! The organization posted the recorded version of the meeting on their Facebook page for everyone to enjoy.