The pup woke up early for the big day — but he slept through his entire ceremony!“He plays really hard and he sleeps really hard. When he’s not playing, he’s sleeping, which is kind of tough because he sleeps a lot,” Brody’s handler, Officer Keith Medeiros, told The Dodo.The police department had initially considered adding a narcotics or bomb-sniffing dog to the force. But Officer Keith, who was also the school resource officer, suggested a therapy dog.

When Officer Medeiros started handling Brody in mid-March, it seemed like a difficult time. The officer said, “You want him to be exposed to as many people as possible. And I try to do that while practicing social distancing.” 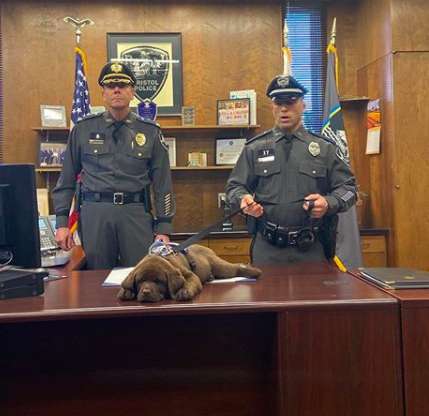 But it was a time when Brody was needed most.

“People are really stressed, especially in law enforcement. Just by walking in the police department with Brody, people immediately smile, they immediately get into a better place. They want to pet him, want to hug him and it’s just a really good thing,” the officer shared.

And Brody does an excellent job even with his eyes closed. 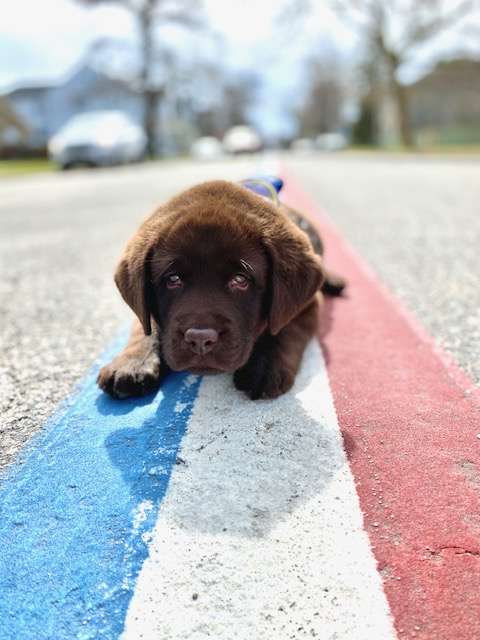 And he showed just how he does this during his swearing-in ceremony.

Officer Keith recalled, “We put him down on the desk and he was just so comfortable that he lay down and fell asleep.”

It turned out to be a sleeping-in ceremony for Brody because Officer Keith did all the swearing-in! 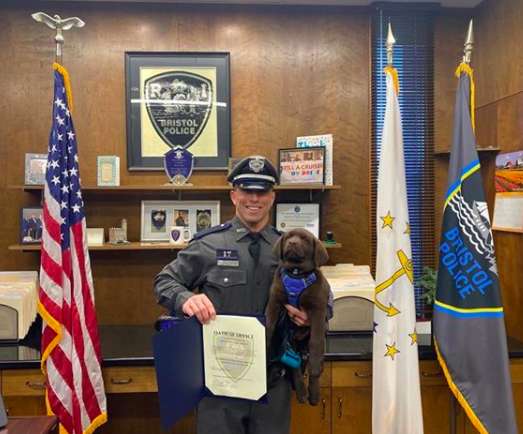 The kind officer didn’t mind taking the oath for the clearly tired pup — though he did admit that an awake Brody would have been better.

The footage of the ceremony, which was uploaded by the police department on Facebook, has since been viewed over 145,000 times — that’s a job well done for Brody! Sick Dog Kept Looking For Love Amongst Strangers, Gives Up And Cries All Alone Orphaned Kitten Looking For A Mom Meets Dog Who Lost Her Entire Litter, And Now They’re Adorable Together