Puppies are adorable. They’re also great at showing their feelings. They hold nothing back, it doesn’t matter if they’re happy, sad, or scared. It’s easy to understand what emotions a puppy is experiencing.Take this adorable Shibu Inu puppy. He is obviously missing his owner and waiting for her to get home. When she does, the cute tan and white puppy begins to wag his tiny curly tail round and round.

But it gets even cuter than a curly tail twirls. He bounces on his tiny little legs and looks like he’s waving his little white-tipped front paw as if to say, “hello! I missed you so much.” And, it’s the cutest thing to watch.The puppy is adorably bouncy and looks like he’s performing his own little puppy dance greeting.

He taps his adorable puppy paws and shuffles his feet while his butt wiggles and wags, he simply cannot hold still because he’s so excited. 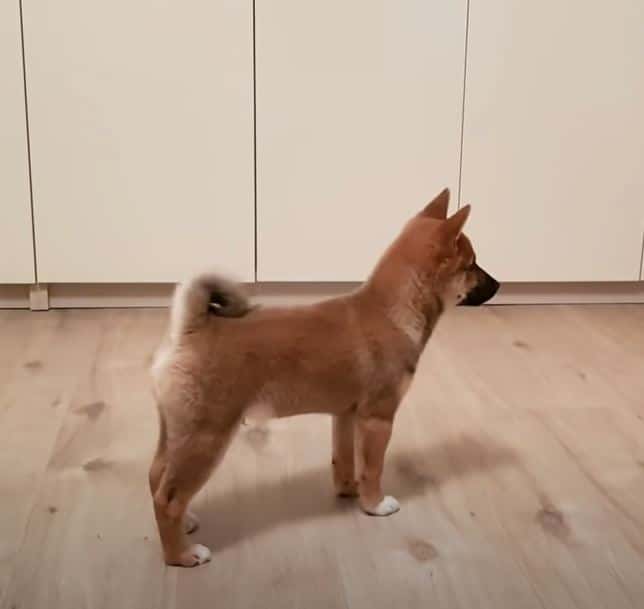 When he lifts his little paw, waving at mom, it almost looks like he’s moving in for a high five. Then he continues his crazy puppy dance across the floor until he finally gets close enough for his owner to love on him. 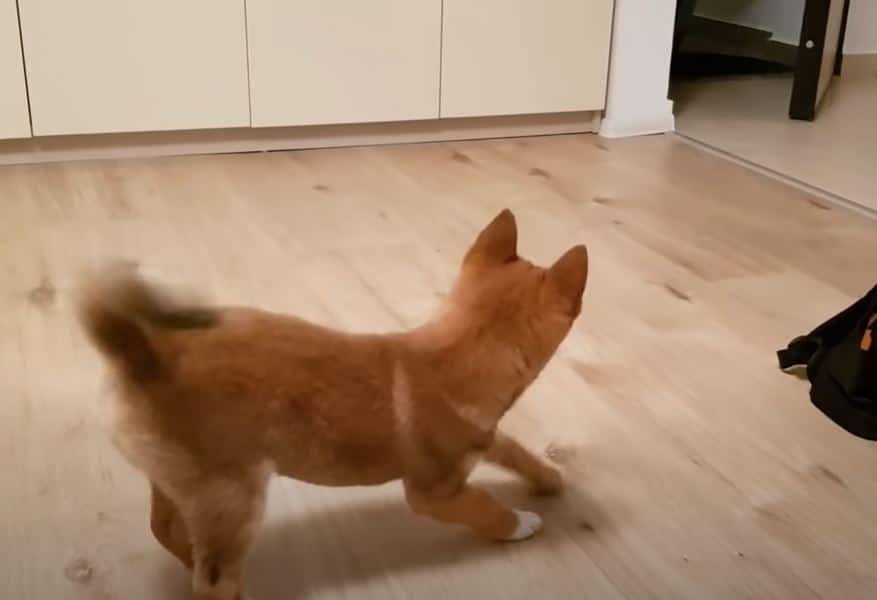 She bends down to her adorable puppy and he of course nibbles her fingers and gives her his paw. He jumps up on her with his tiny butt wiggling back and forth in delight. He’s such a happy little dude! 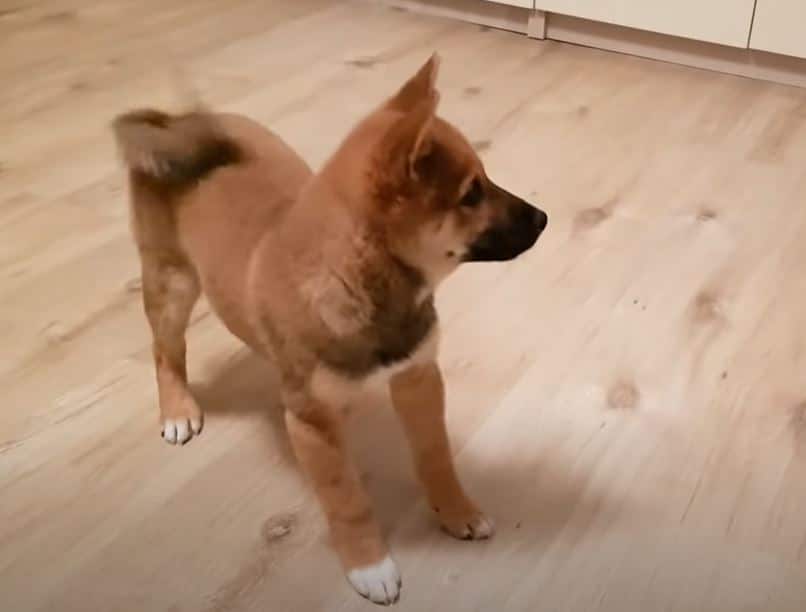 He then gives mom some cute puppy kisses and then the two start to play. It is so cute to watch. Mom and pup bat at each other, mom with her hands and the puppy with his tiny paws. The puppy’s tail is wagging so fast it’s no wonder he doesn’t take flight.