They say that dogs only live in the moment but we tend to disagree. We know that they experience emotions and can share their feelings so who knows what is really going on in their minds?We know that dogs are very bonded to their owners and certainly miss them while they’re away. They are our best friends, loyal, and make the most loving companions and they easily show us this, every day.

Certainly, the pup in this video missed her fur dad after his long absence; and she proves it just as soon as she hears his voice. Freya the German shepherd and her dad had been separated for several months. Her mom knew that she’d be overjoyed when dad came home so she got the camera ready and videoed their heartwarming reunion.

Mom opens the door and dad is hiding outside. Freya goes out but has no idea that dad is there until he calls her name. As soon as she hears him, the ecstatic pup runs to him, crying unable to contain her joy. She oozes happiness at this point! 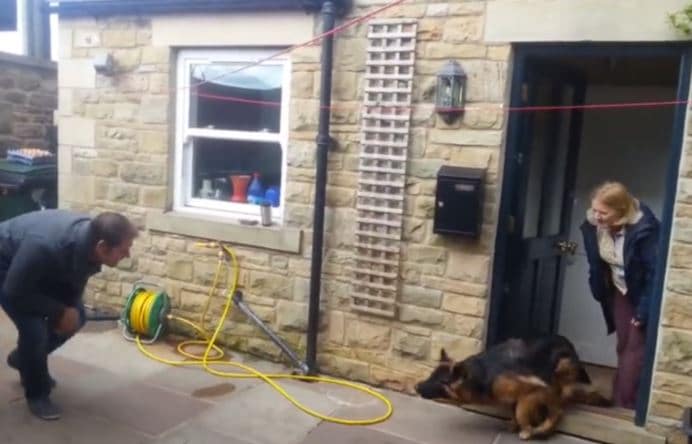 She cries, spins circles around dad, and wags her tail in delight. She’s obviously thrilled to see him and probably has been wondering when he’d come home to her, obviously missing him.

Finally, Freya calms herself a tiny bit and collapses with dad on the ground. As she lies between his legs, she gets her first belly rub from him in a long time and gives her dad lots of happy puppy kisses. 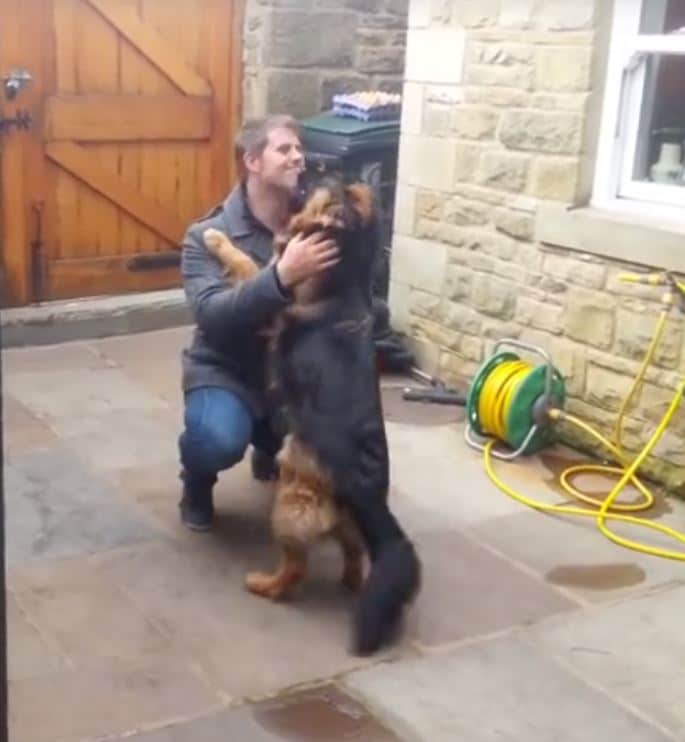 Mom captured the sweet reunion, which was shared on Youtube by Ramble Viral with the caption:

“After a few months apart, Freya the German Shepherd is finally reunited with her owner in this heartwarming clip… just listen to those cries of happiness!” 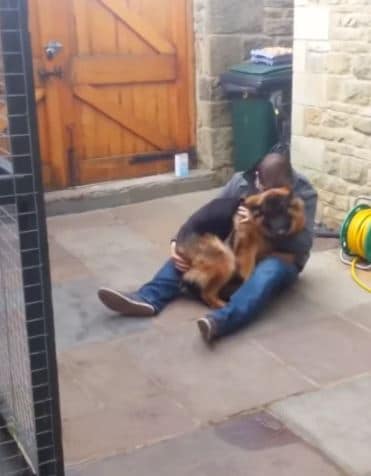 Since their sweet reunion was shared, it’s no surprise that the video has gone viral with over 14.7 million views. Who can resist watching such a tender moment between such a happy dog and her owner? Not us.