Rex was about to be put to sleep because of his aggressiveness. It would take two people just to feed him. One person would have to get his attention at one end of the kennel while the other quickly slipped his food dish in the other side. His history of abuse made him turn to aggression as a coping mechanism. He just could not trust humans. Nothing worked to change his behavior until he met Geraldine.

“At first we thought he was chasing her and they were fighting about who was boss, but she stood up for herself and that was that, they just fell for each other,” Sheila Brislin of Puriton explained. “They snuggle down together and Rex puts his leg over her to protect her. In the morning they have breakfast together. It’s really sweet to see them.”

Rex met the goose that would save his life. 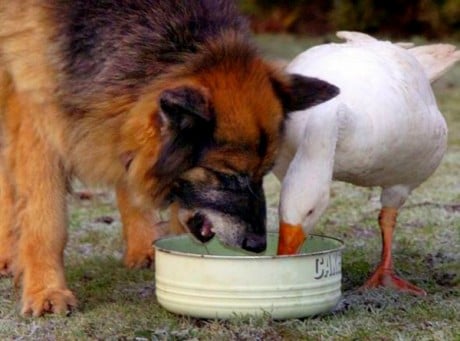 Workers feared for the worst the first time they met… 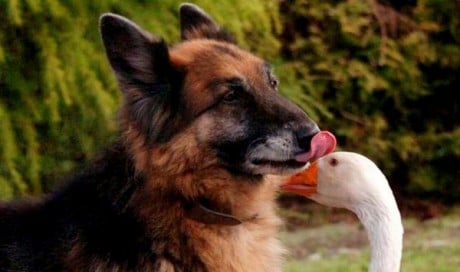 But the unexpected happened… They became best friends! 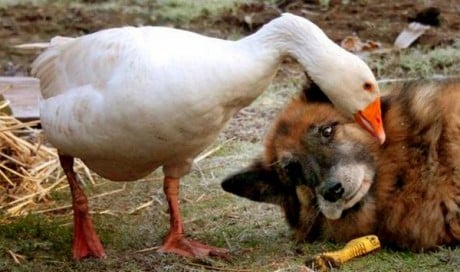 They even cuddle every night. 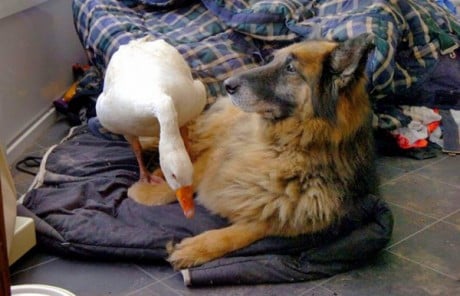 They play together for hours each day. 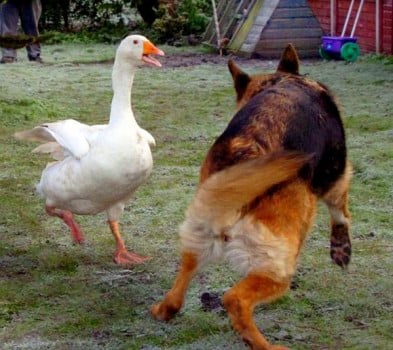 And take long walks in the woods. 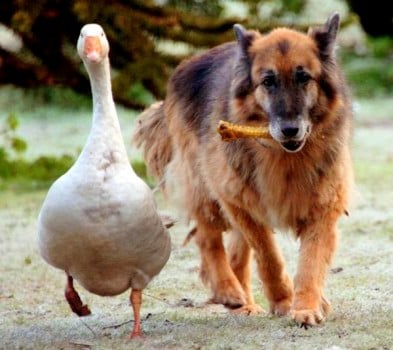 When you learn about Geraldine’s past, they aren’t as odd a couple as originally thought. She was a family pet, but it wasn’t long until they gave up on her. She was brought to Puriton and placed with the other birds. But it was Rex that she wanted to be with. The dog that lived in a scrapyard chained up until 3 years of age. His original shelter didn’t want him. He would bite anyone trying to help. It’s like these two unwanted animals could sense their similar pasts therefore creating an inseparable bond. Amazing!