Deployed far from home in Iraq, his best friend was his military dog, a German shepherd named Tina. When she retired and returned to the United States without him, he knew one day he would have to find her.Matthew Kropp of Shenandoah, Pennsylvania spent his deployment serving at the US Embassy in Baghdad since 2014. With his partner, a German shepherd named Tina, the two protected the Embassy from explosives and other harmful materials from entering the base.

Tina was retired from the military in 2017 and returned to the United States. Matthew missed his loyal partner and determined that when he had the chance, he would find Tina and try to adopt her.He soon returned to the United States and began his search by contacting K9 Hero Haven, an organization in Herndon, Pennsylvania that adopts and places military working dogs.

The organization is managed by Anne Gibbs and has placed over 200 retired dogs with handlers and combat veterans since 2015.

Happily, Matthew’s effort paid off and arrangements were soon made for him to adopt Tina. One year after she was retired, the day for their reunion came. Matthew hoped that Tina would remember him. 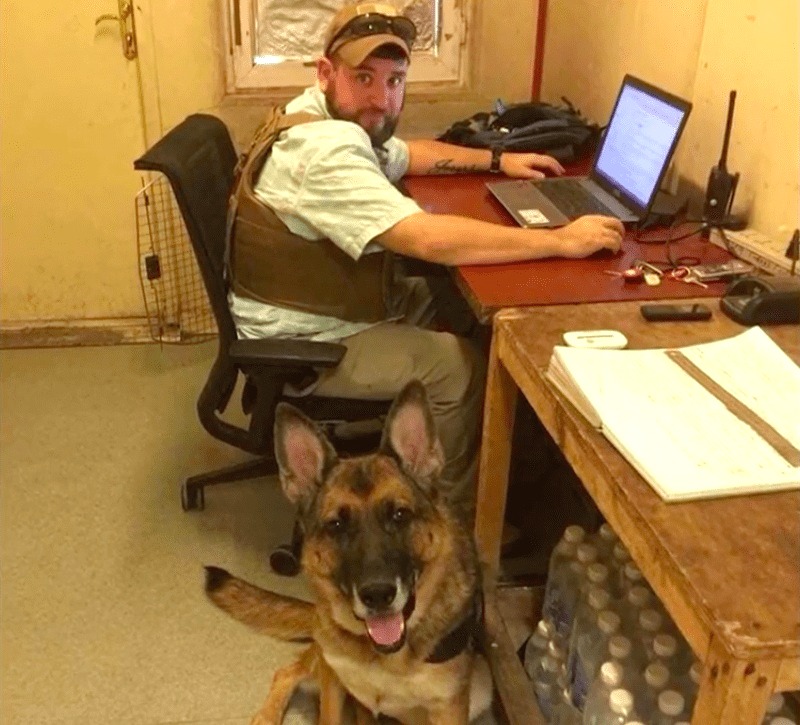 Matthew didn’t need to worry because Tina quickly ran to him and it was obvious the bond they shared was never broken. She happily licks him and gets her belly rubbed and it’s simply adorable. According to Matthew, the reunion he had with Tina for the first time in a year was exactly what he had been hoping for.

“Yes, yes it was. Thankfully. Yes. It just means that she remembers me and we still have the tight bond that we had before we got separated,” he said 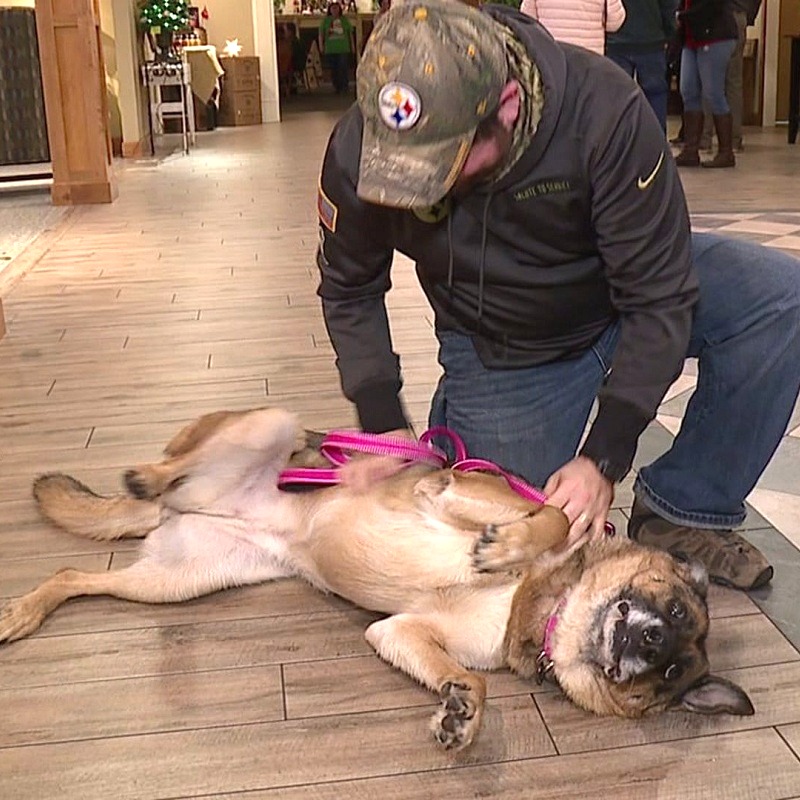 Matthew wants to repay Tina for all her hard work and dedication. Anne Gibbs said:

“They’re protecting people every day for eight years over there, in a war zone or in an area where they risk their lives. Then to be able to see them come home and spend all the rest of her life with his family, and being a dog and a family pet. It’s phenomenal.”

Matthew has to return to Iraq while Tina stays behind with his wife and kids, He said: 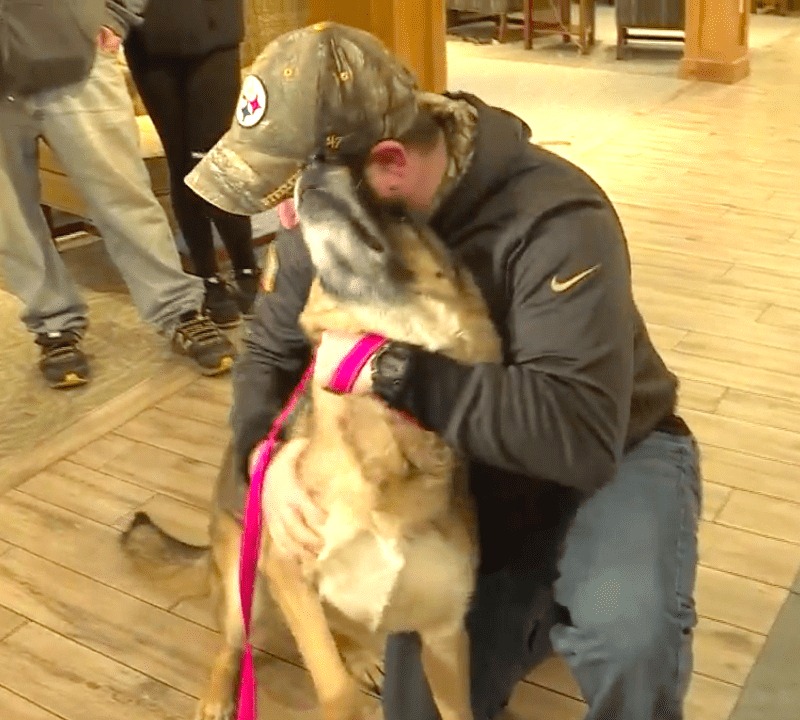 “She was my paycheck, first of all. Geez, without her I wouldn’t be able to live. Now we can relax and retire and I can provide that for her now after all she’s provided for me.”

We thank both of them for their service and are so happy that they were reunited.