Not quite the story of “The Hangover,” but when this group of 8 men set off for their bachelor party in Tennessee, they certainly didn’t foresee their plans altering.However, when a skinny dog appeared at their cabin in the woods on the first night, the bachelor party quickly turned into a rescue mission.

While the men were out cooking some bacon, they were visited by a dog, she appeared to be very friendly, but also quite malnourished and dehydrated.The group of eight men quickly became friends with the furry party crasher.A groom and his groomsmen’s bachelor party in Tennessee was taken over when they discovered this dog – a mother of 7 puppies.

“She was such a sweet dog that once we gained her trust, she was happy to see us, wagging her tail — just a big sweetheart,” he said.

Craddock, one of the men, said he could tell the dog recently had pups, but she was dehydrated and malnourished, so her milk had dried up.

As they gave her food and water, her milk came in again, signalling to the men that she was a new mom. 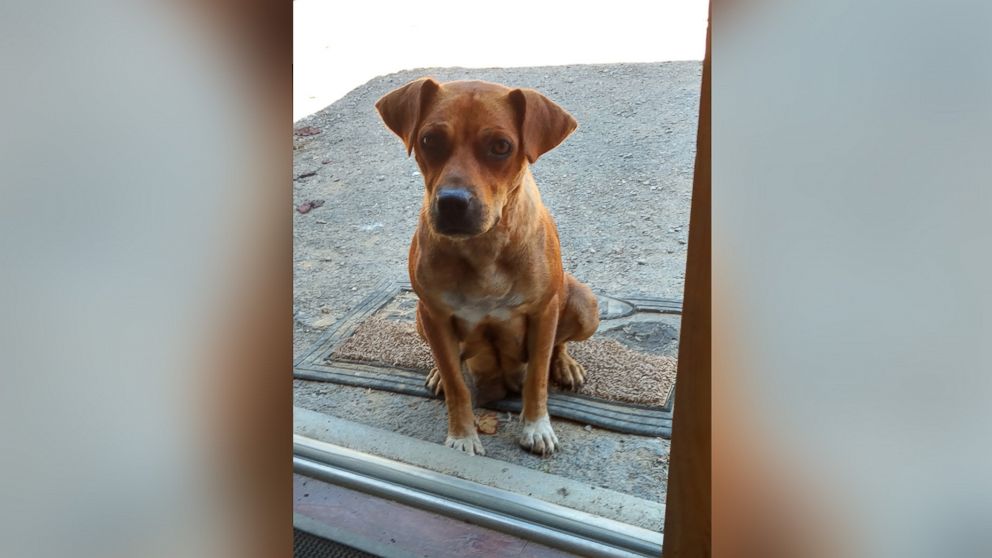 The group followed her back into the woods to a particular spot that she seemed to be very protective over.

After investigating, the men discovered that she had built her den there, and she had a litter of seven puppies!

As one of the men explained, “We set each pup individually down in front of her and she nuzzled their faces and she checked out the pups and to the person holding them, she gave the look of, ‘It’s OK, I trust you.’

Every single one had a big fat belly on them. The mom had given the pups literally everything she had.” 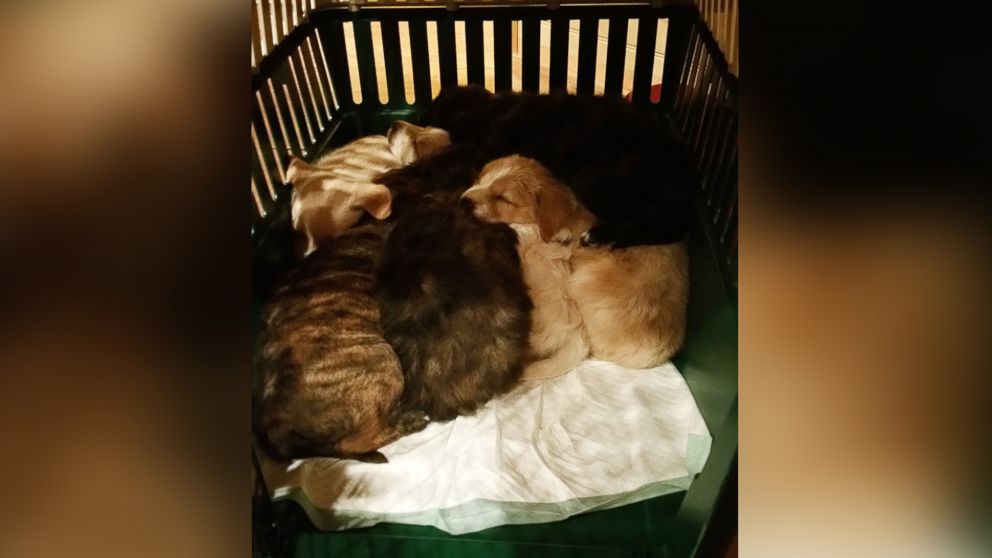 They brought the furry family of 8 back to their cabin where they set about washing up the dirty and flea-ridden pups.

Craddock, one of the men, “Well, we’re washing our puppies because they had all come out of a hole and they were all dirty, so there was a group of rough men going down to go four-wheeling, but instead they are inside washing puppies.”

The care never stopped, in fact, on the third day, the men went out with their beer money to buy dog food instead.

The pups were in healthy condition when the men found them. “Every single one had a big fat belly on them,” said Craddock, the groom.
Knowing that their time in the cabin was coming to a close, the men began to brainstorm about what to do with the dogs.

It ended up being a simple mathematical solution.

Since there were 8 dogs and 8 men, each man adopted a dog of his own. This sweet solution meant that when they all got back home to Michigan, Annie and her puppies would all be living within 5 miles of each other!

All around it was a wonderful outcome for the men and for Annie and her puppies.