Something told this kind man to get off the highway 6 exits before he needed to and that’s where he found a scared bald dog in the middle of a busy road.Calvin Tucker rescued his first animal in 2017. It was a gray kitten that showed up outside his job looking for help. Despite not liking cats at the time, Calvin fed the tiny kitten and then eventually took him home and named him Henry.

“The way he looked at me, it touched my heart. So, I went back inside and got some crackers and fed them to him. The next day, when I got there, he was waiting for me at 7 a.m.”Since that day, Calvin has rescued 123 cats and numerous other animals. He also spends seven days a week feeding feral cat colonies.

So, when the feeling came upon him that he should leave the highway because someone needed his help, he acted on his sixth sense. He said:

“It was Friday evening, and I was heading home and for whatever reason, something just spoke to me and told me to get off the expressway about six exits before my home,” Tucker said. “When I got off the freeway and turned on the main highway, I saw Wrinkles immediately. He was in the middle of the road, he was scared, cars were coming, honking at him.” 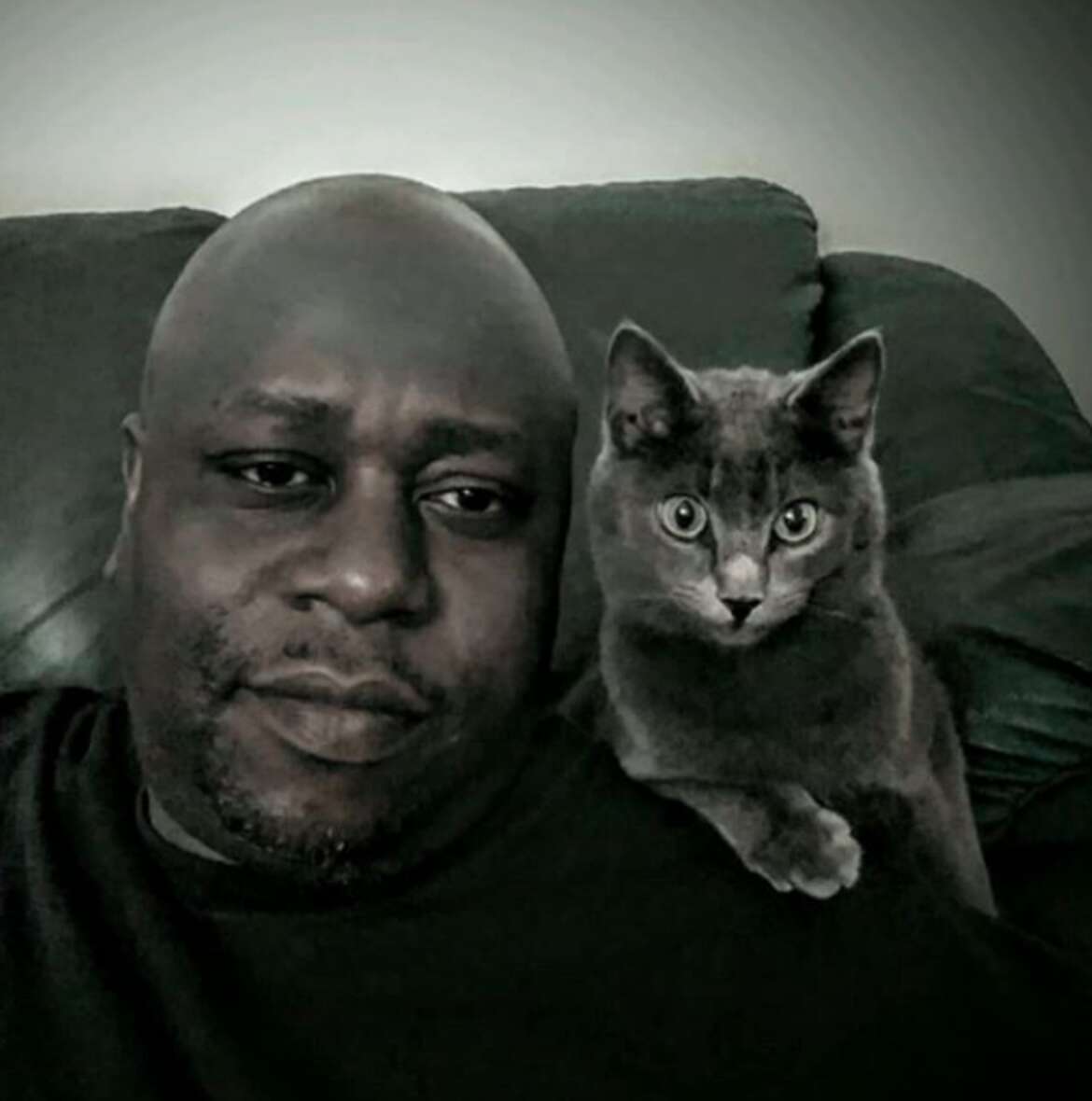 Calvin stopped his car and used food to lure the scared dog to the side of the road. Once he did, he brought the dog to a foster home for a bath. The next morning, he picked him up and took him to the vet. 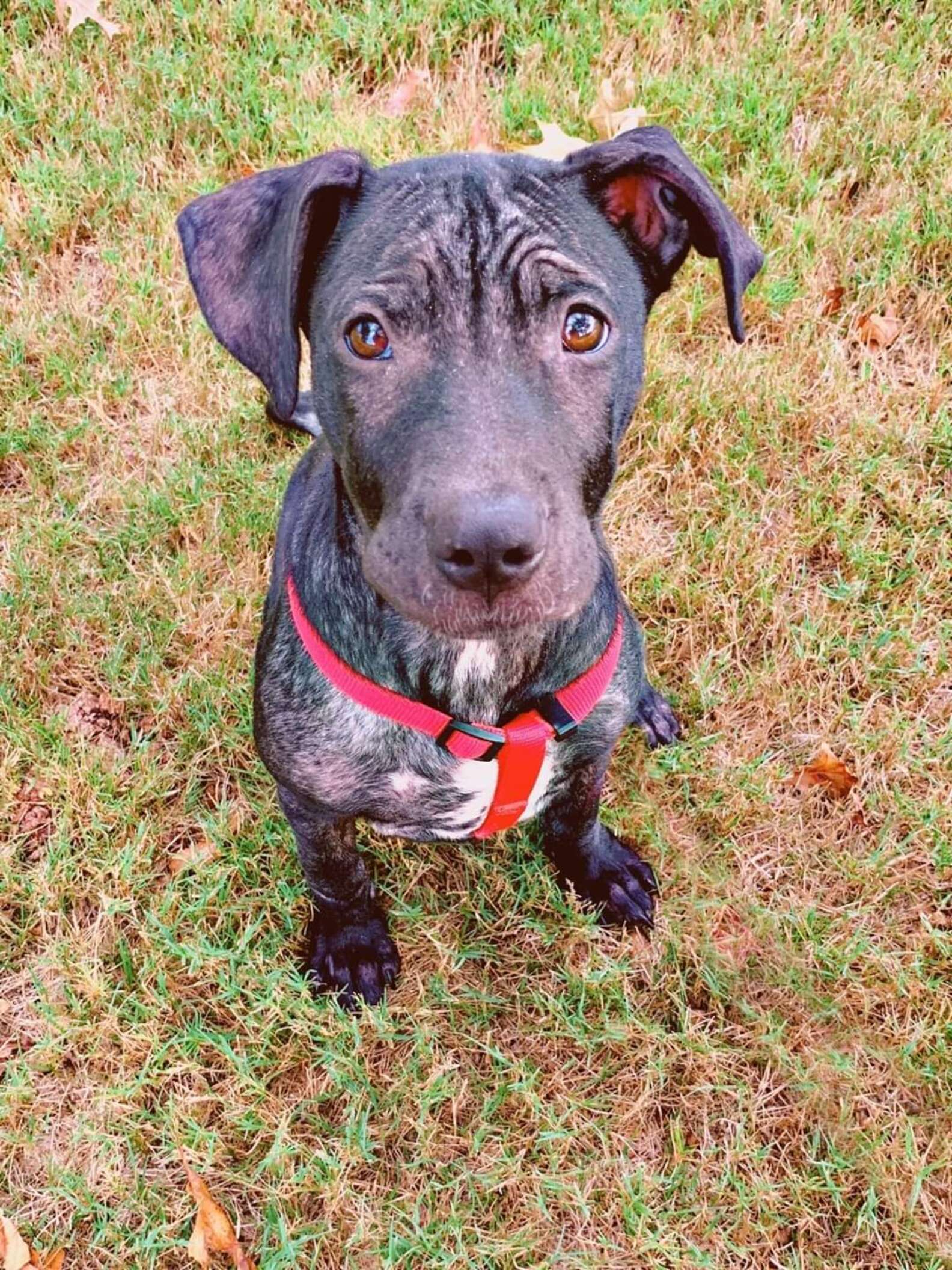 Remembering that day, he said, “I sat there with him for about 15 to 20 minutes. He was in bad condition. About 98 percent of his hair was gone and the only thing you saw were wrinkles.” 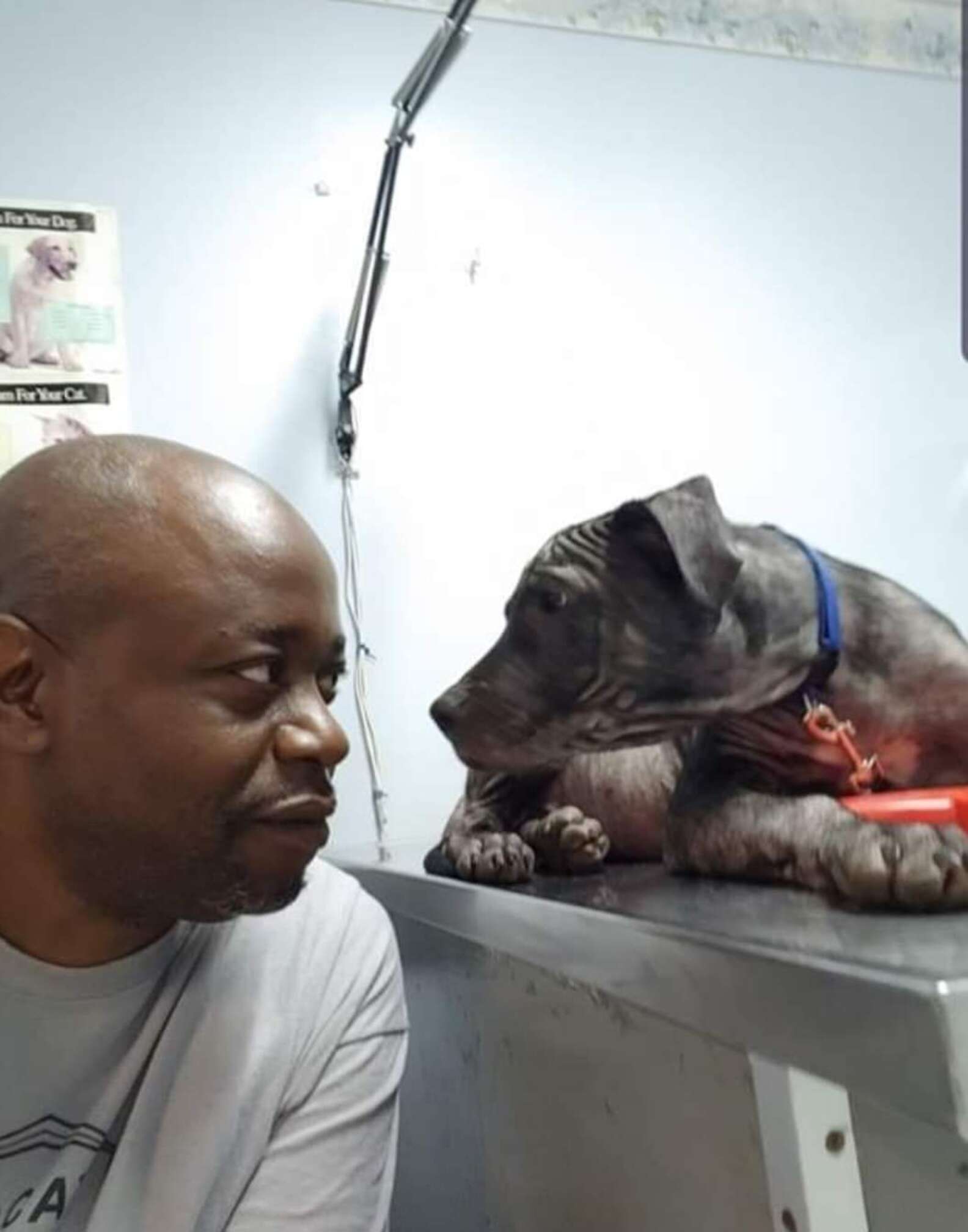 Once at the vet, they discovered the dog they began calling Wrinkles had a fever, mange, and parasites but despite it all was very loving.

“He laid on the table and we just looked into each other’s eyes and the only thing I saw was that he was happy to be off the streets. He spent a few days in the hospital and then went to a foster home to recover. 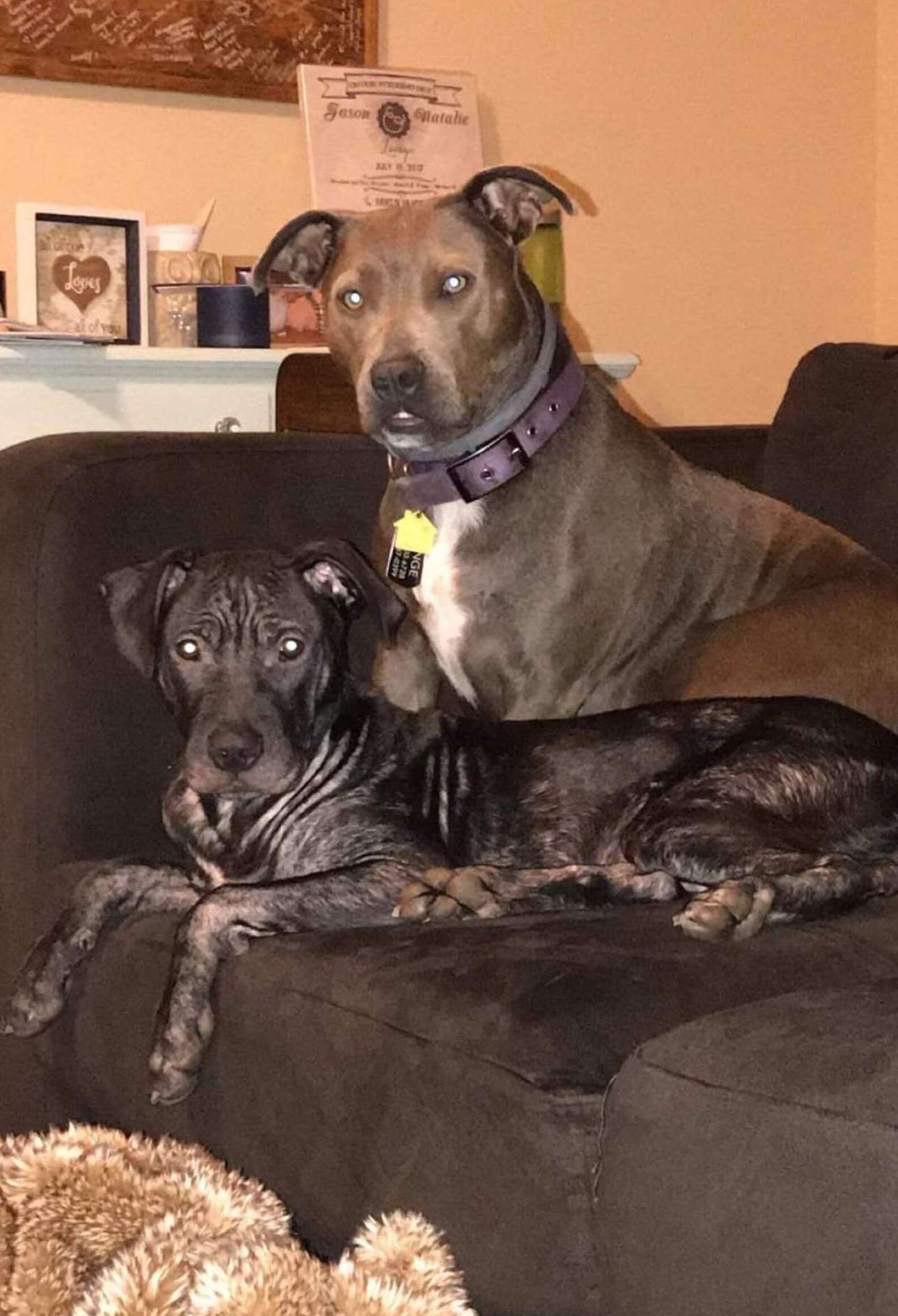 “You could just see the gratitude in his eyes the way he looked at me — he was just at total peace.” 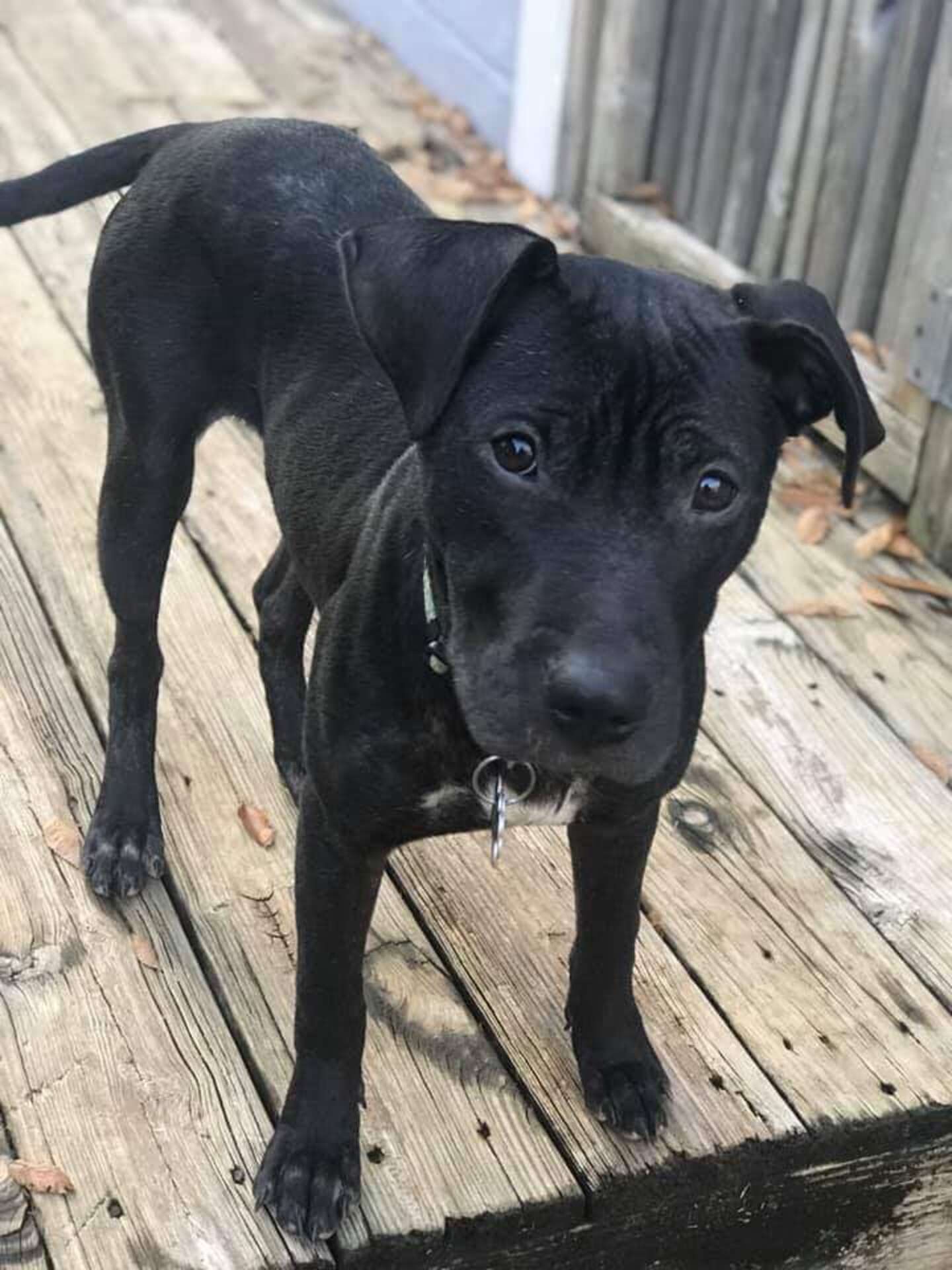 But Tucker’s involvement didn’t end there. After 6 months, Wrinkles was finally recovered enough to be adopted and had grown a shiny coat of black fur. Tucker contacted the rescue and helped them find the perfect family. His foster family said:

“The foster said that he was the sweetest dog that they had ever fostered. He got along excellent from day one with her other fosters, he was running around and playing with them and enjoying himself.”

Of course, it didn’t take long before Wrinkles was matched with the perfect family and began his new life. All to the thanks of a kind man who followed his instinct to get off the highway when he did. 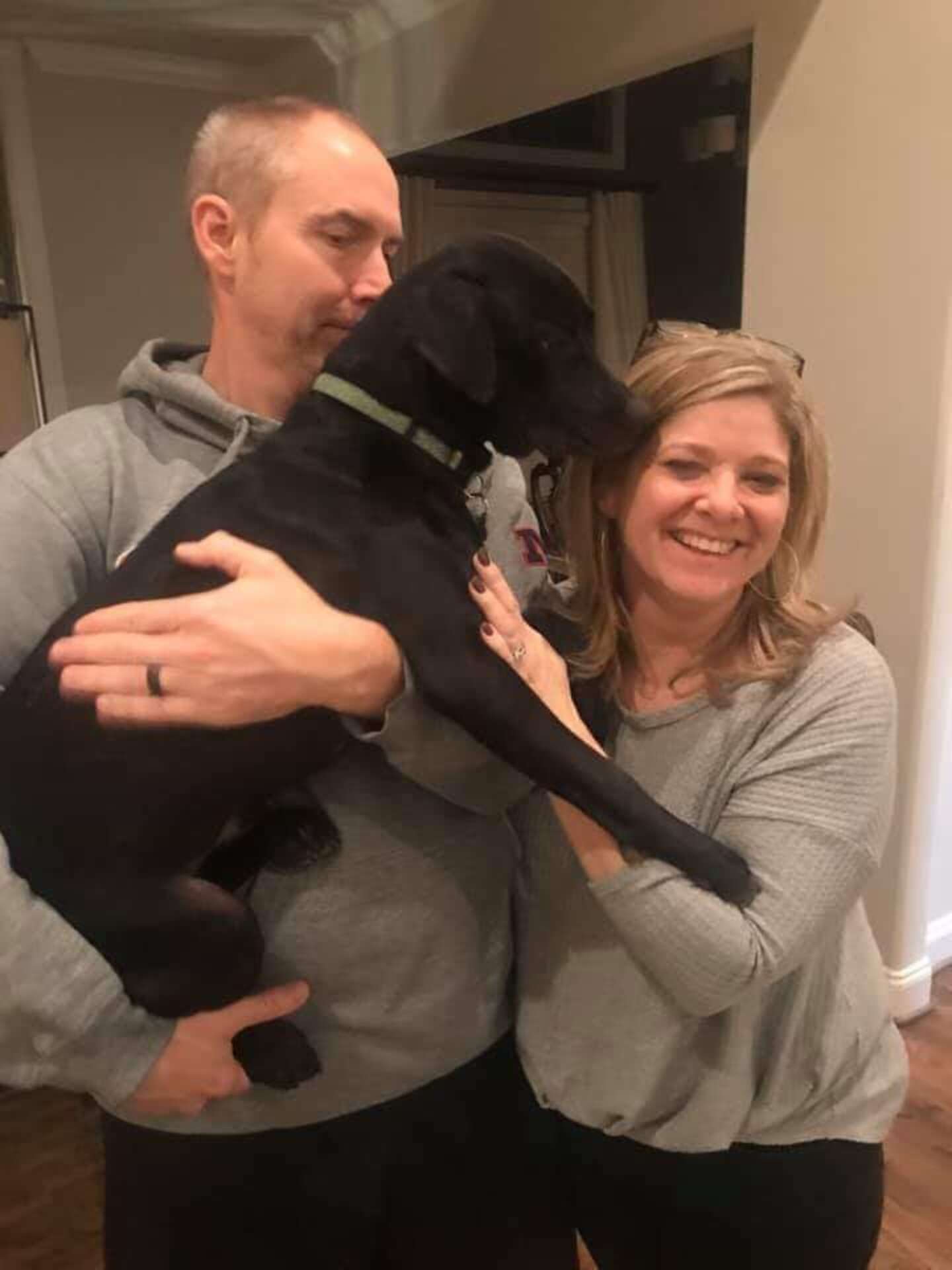