After finally getting a puppy, Alex’s family couldn’t help but treat their beloved Ollie as one of the kids.They had to include Ollie in everything they do so that he wouldn’t feel left out.So, they also took a graduation photo of him to be displayed on the wall beside his sisters’ photos!
Having a dog has always been a dream for Alex and her family, so when puppy Ollie finally came to their home, they couldn’t help but treat him as a beloved family member.

Alex told The Dodo that they’ve always treated Ollie as “one of the kids,” adding jokingly that he’s “everyone’s favorite family member.”Ollie also sort of became the new kid since he arrived just when their older sister moved away to university. Alex and her family adjusted everything to include Ollie, such as going on “dog-friendly holidays every year” so he can join them.

When Alex’s graduation ceremony last year got canceled due to the pandemic, her parents decided to throw her one at home. After taking her graduation photo, her family noticed that Alex and her sister both had graduation photos on display, but the youngest kid Ollie did not.

So, since they always include Ollie in everything, they made sure to take graduation photos of him, too! 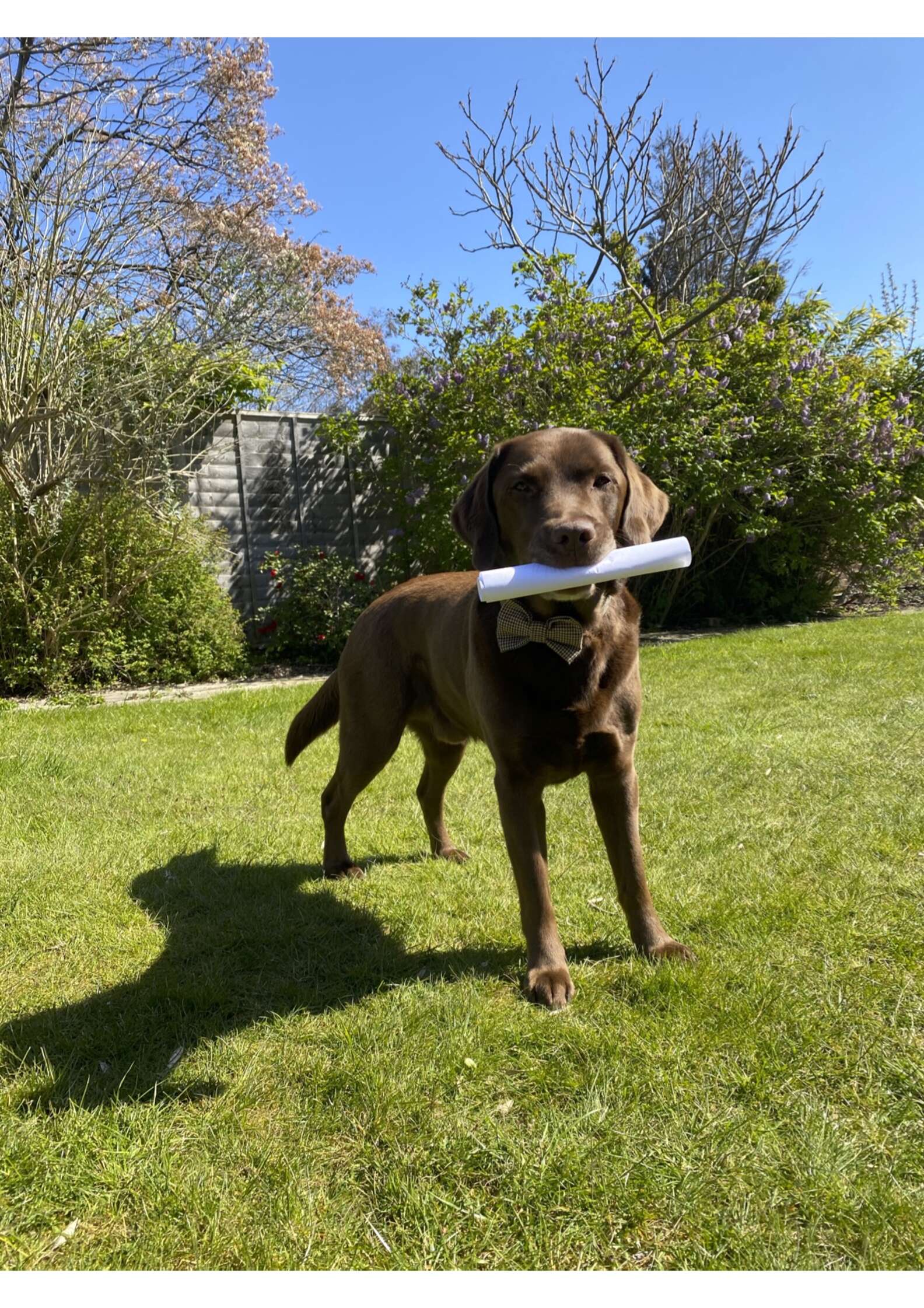 Alex shared, “We always said he was a professional good boy, so we thought we’d make it official with his own dog-ploma. He was very pleased with himself when we gave him his own scroll to hold for the photo.”

It was a really fun and silly photoshoot, and the good boy got lots of praise! 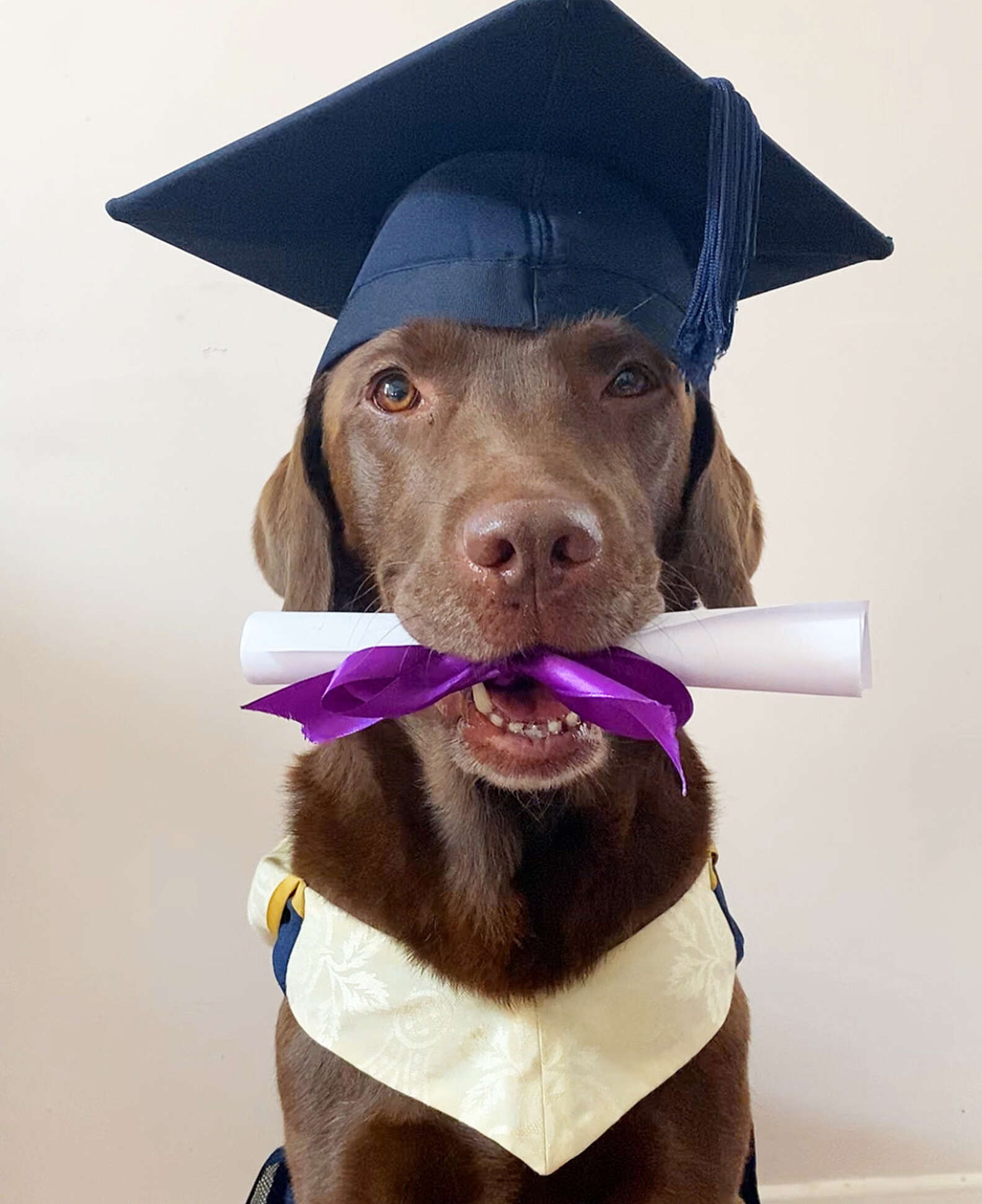 Eventually, Alex forgot about the shoot, until she came home one day and spotted the trio of photos displayed on their wall.

Alex’s parents had her graduation photos printed and didn’t want to leave Ollie out. It became a cute surprise for the sisters!

“It gave my sister and I a big laugh when we saw Ollie’s graduation photo on the wall next to ours,” she shared.

Ollie is a beloved member of the family, so it’s only right that his graduation photo is shown off as well. His parents even printed out extra copies to give out.

Alex shared, “We snuck it into my Nan’s house alongside all of her other grandchildren’s graduation photos. She thought it was hilarious and she loves it. It’s now her favorite photo and she shows anyone who comes to see her.”

Knowing Alex’s family, their house guests are no longer surprised upon seeing Ollie’s graduation photo. Everyone knows how much they love him.

“Ollie’s on our Christmas cards, our clothing, our phone cases … literally everything,” Alex shared. “All of our friends and family know to expect this kind of thing from us by now.” 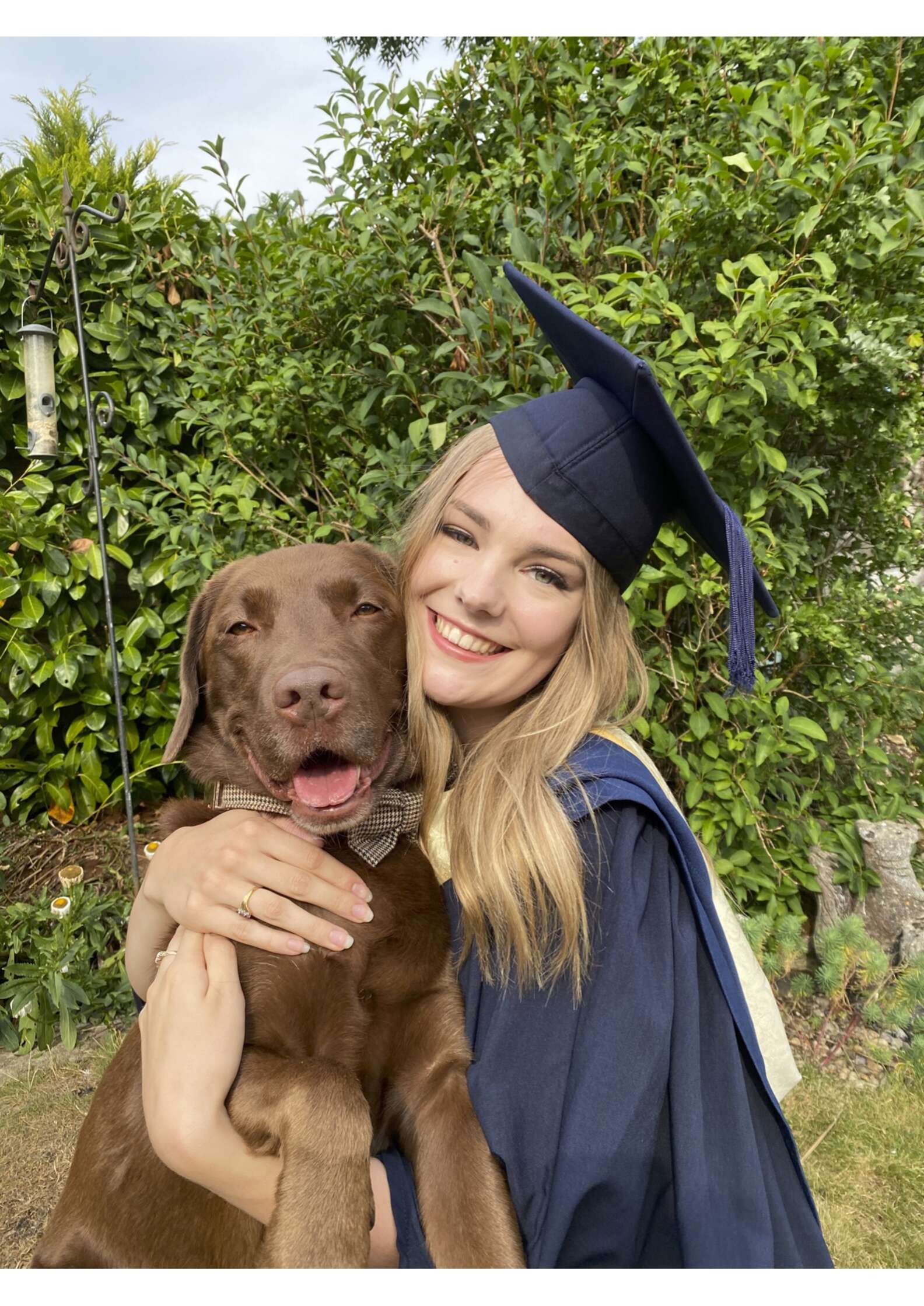 Baby Fell Asleep On Curb Watching Over Mom, Won’t Budge Even As Hunger Set In