Nearly every dog knows how to sit on command. It’s a simple trick that many dog parents love to teach their furry friends. However, Khloe the Labradoodle is fed up with being told what to do. Not only have her parents taught her to sit, but now her human sister, Joslyn, is trying to boss her around too! In an adorable video of Khloe and Joslyn, Khloe decides to teach her baby sister some tricks instead.

In the beginning of the video, Joslyn tells Khloe to sit and makes hand motions. However, the smart pup already sat down on her own. Khloe wags her tail, but it’s clear that she’s sick of the toddler bossing her around. After all, she obviously knows how to sit already!Joslyn looks at her mom, and then back at Khloe. She’s about to tell Khloe to sit once again, but Khloe doesn’t want to hear it. The large dog lifts her paw and places it on little Joslyn’s head.

Khloe gently pushes the toddler to the ground, causing her to sit. The smart dog has learned many tricks from humans before, so now it’s her turn to teach Joslyn a few things. All good dogs know that ‘sit’ is the best command to start off with. 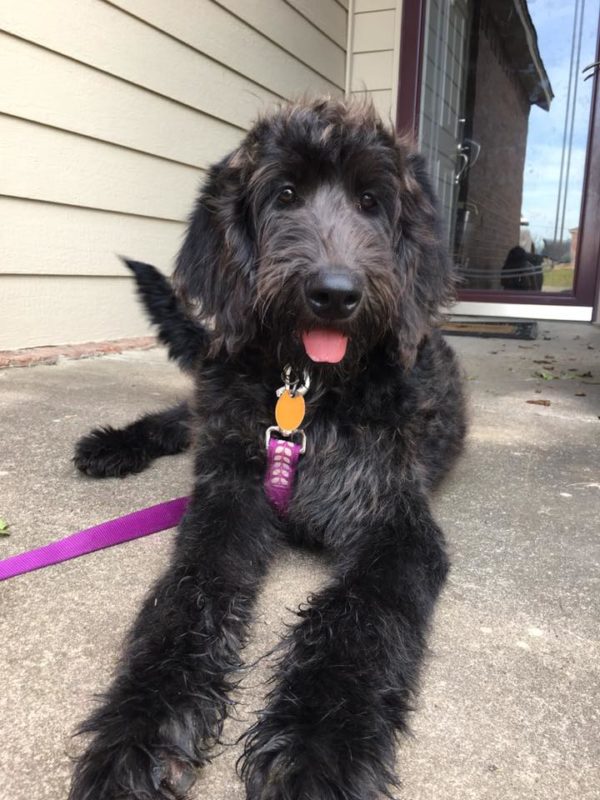 Joslyn seems very surprised by this sudden command. Of course, she listens and sits still for a few moments though. She turns to her mom with a look of shock.

Then, the toddler gets back up on her feet and walks back toward her mom. It’s clear that Khloe is the boss and Joslyn is now aware of that. Luckily, the little girl isn’t sad or scared. She’s just surprised at how smart her furry friend is. “Our baby, Joslyn, had been trying to tell our Labradoodle Khloe to sit. When all of a sudden Khloe made her sit. Joslyn was very surprised by this and said ‘uh-oh’,” posted their mom.

Khloe is a loyal family member that just wants what’s best for her loved ones. She is a full-grown Labradoodle that has always been great with Joslyn and her human brothers. This video is just one of the many ways that Khloe helps her human family members through life. Dogs have to learn commands like ‘sit’, so humans should too! 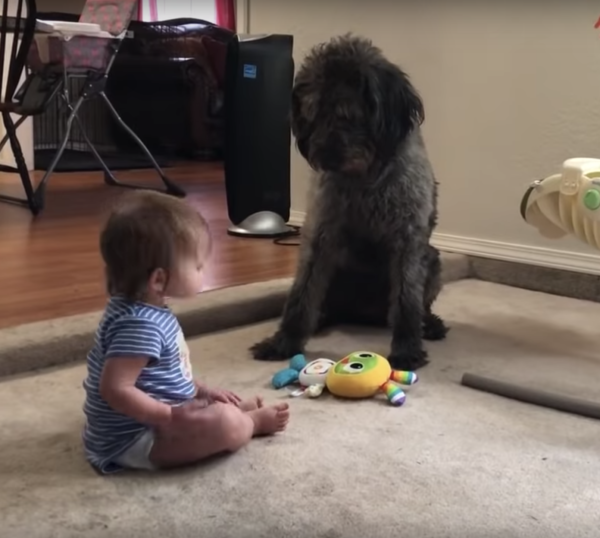 Thousands of people have viewed this video. Khloe the bossy pooch proved that actions really do speak louder than words. Maybe her little sister will think twice before telling her what to do in the future.