One four-year-old boy, named Jaxton Betschart, has done something amazing – and he did it all with his own allowance!For most kids, their allowance will be used for the latest toy or candy. Yet Elyse Betschart was amazed when her son Jaxton decided to do something more humanitarian with his savings by donating his money.

After bringing Jaxton to the Charleston Animal Society, he decided to pay the adoption fee for 2 pit bull dogs.Tank, a dark gray pit bull, was one of Jaxton’s two sponsorship choices. The little boy was so excited to see Tank, that he run up to the front of his enclosure.

“Mommy! He’s big and chunky like me,” Jaxton told his mother.

Initially, Jaxton wanted to adopt Tank but the family was unable to due to breed restrictions on military housing. 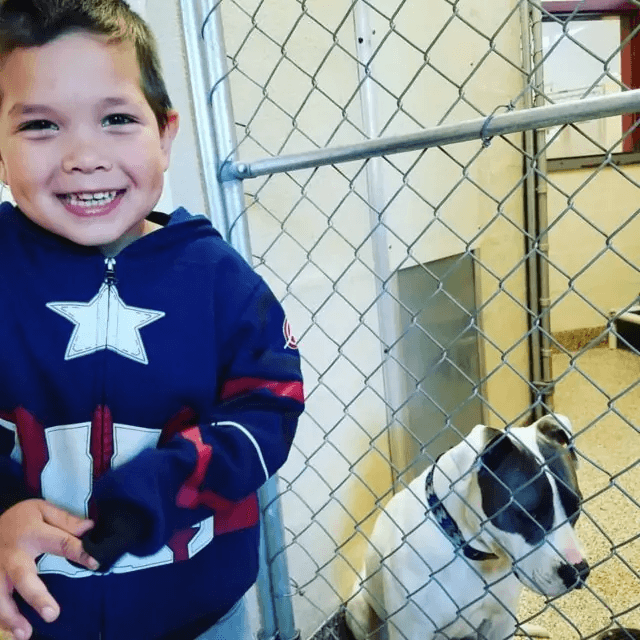 After explaining to Jaxton that they could adopt the two pit bulls, Elyse told Jaxton that he could still help the pups find homes. Through a sponsorship program, Jaxton became Tank and Penelope’s Guardian Angel, paying for their adoption fees.

Penelope, the other pit bull, immediately caught Jaxton’s eye because of the cute spots on her head. From then on, Jaxton dubbed Penelope “Spots”. 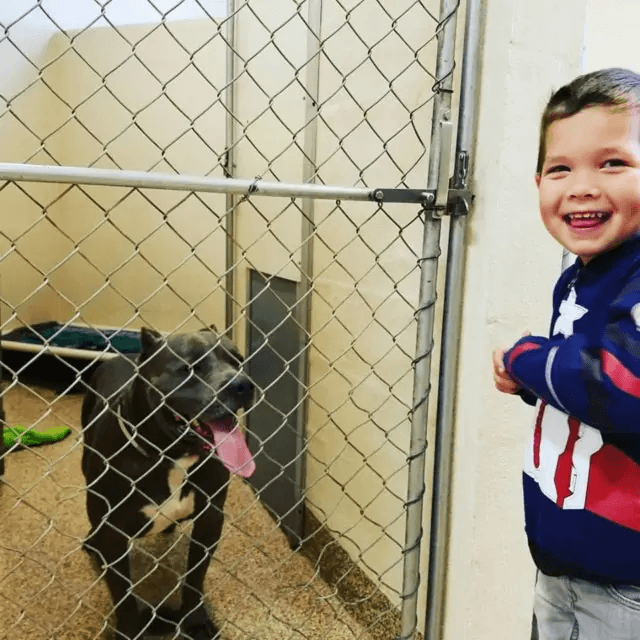 “A lot of people don’t know that sponsorship is an option,” Elyse said about her son’s decision, “that way you can actually tie that money to a face.”

Sponsoring a shelter animal means that through your charitable donation, these dogs will get spayed/neutered, micro-chipped, all necessary vaccines, flea prevention medicine, and even a de-worming treatment.

After a staff member of the Charleston Shelter posted Jaxton’s amazing story to Facebook, an overwhelming number of people responded and commented, asking how they too could help these animals find homes.

Thanks to Jaxton, Tank and Penelope were both quickly adopted! 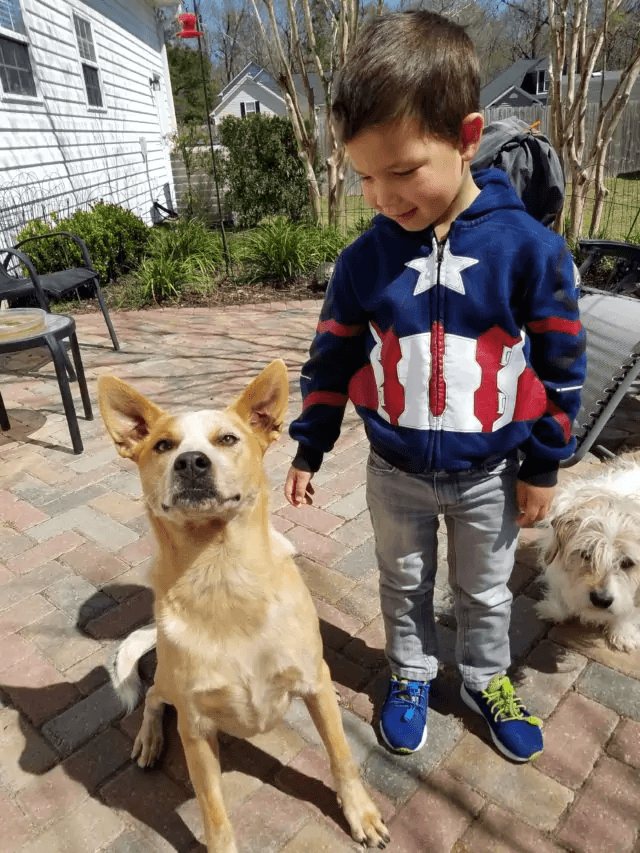 Thanks to Jaxton, his touching act of kindness inspired others to also give back.

If you’re also feeling inspired by Jaxton, be sure to contact your local shelter to see if they also have a sponsorship program. Pianist’s Adorable Cat Is Living His Best Life Getting Massages From Piano Keys!