Babies and puppies are the cutest and the sweetest pair on earth. You could even witness them develop strong relationships over time, and they will bring that bond along with them when they grow up. Just look at this sweet pooch and this baby slowly cultivating their relationship at an early age.

Puppy smothering his adorable baby sister with kisses.A cute bulldog puppy was checking out his human baby sister who was left practicing her crawls on the floor by her parents. The curious pup began examining her by sniffing her around the face.

After a few seconds, as he may have become used to the baby’s scent, the puppy then shared some kisses with the baby. The baby seemed to look confused at first but then it only took some more kisses from the pudgy bulldog to get her to be comfortable with them.

How dogs show their love. 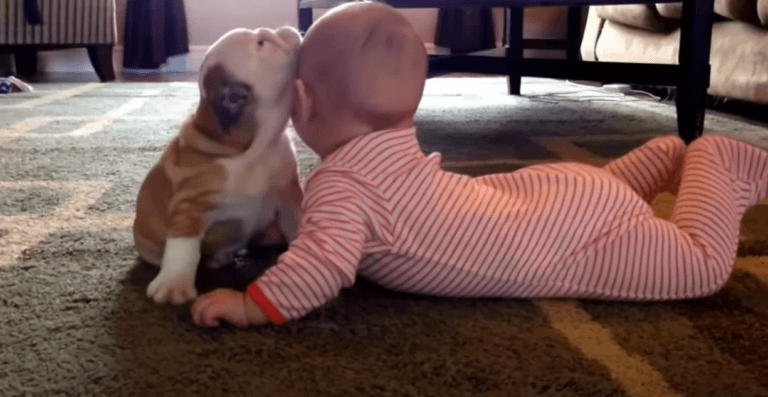 We see a lot of dogs licking the faces of their owners every time. As their licking holds a lot of meaning, like showing concern, what was shown in the video was their form of affection and it could be compared as a kiss to us. This adorable gesture is often seen especially when they really love their owners.

It seemed like the bulldog puppy wants to play with his baby sister. 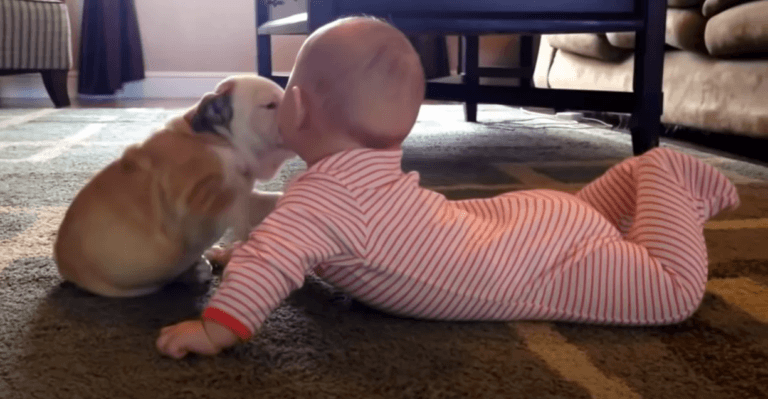 Puppies, just like little children, have the urge to find some playmates for themselves. It is a common desire for the younglings, may it be a pup or a human baby. After the pup finished introducing himself to the baby, he then proceeded to try and get the baby’s attention by lightly nibbling her little arm. 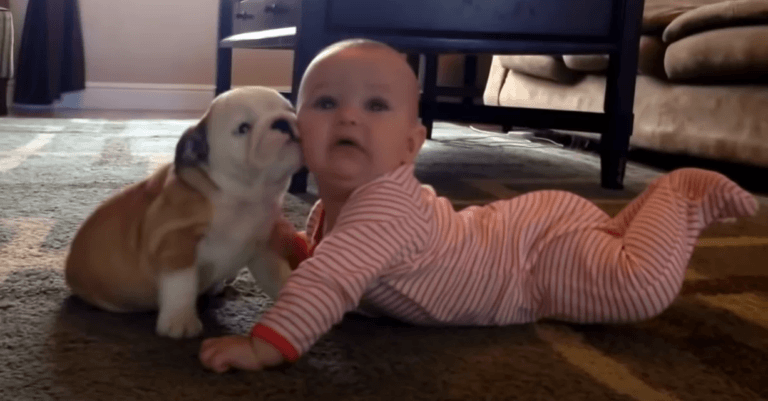 Judging by the baby’s reaction, the pup seemed to be quite gentle and careful as he puts his mouth on the baby’s arm. In fact, the baby does not even mind the puppy’s playfulness. The pooch went back to smooching his sister, and after a few licks, he went around her and sat on the baby’s back. It is amazing how they became comfortable with each other as quick as that.

The internet is charmed with the two’s interaction. 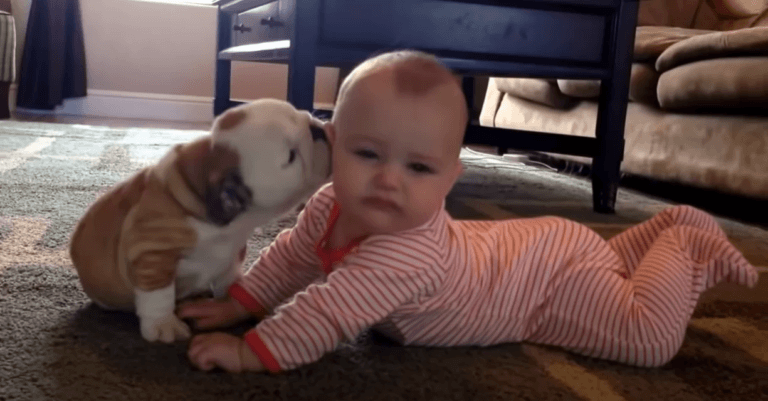 Suburban Bullies, an English Bulldog breeder in Dallas Texas, has shared this short clip on their YouTube channel in 2014. People were charmed with the pup and the baby’s sweetness, and surely, they adored their closeness. As of now, the clip already earned more than 4 million views, and despite how old this clip is, the view count does is still on the rise.

It is great to have your baby have an animal’s best friend.

Whether you have dogs or cats at home, it is more than fine to introduce your baby to them and let them cultivate a bond as early as possible. Animals instinctively know that babies are weak and fragile, most especially dogs, and they do not hesitate to protect them from harm. 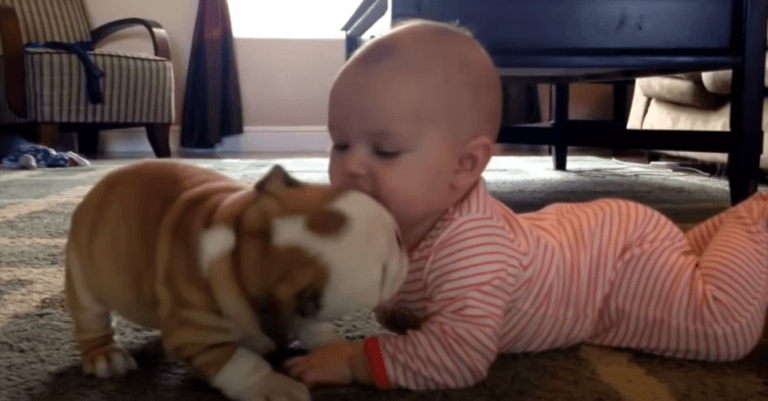 Furthermore, dogs are extra sensitive to a baby’s emotions, thus, you could sometimes see your dog feel distressed whenever they sense something wrong with your baby. Lastly, according to AKC, dogs help babies grow happier. The list of benefits goes on and as long as a parent could supervise them well, puppies and babies can spend plenty of time together!