Meet Milly the cat and her dog sibling, Lupim.The furry pair’s relationship at home started off a little rocky, says their owner Amanda Alckmim, but it eventually blossomed into something special. Milly and Lupim came to love each other’s company.

“They are best friends,” Alckmim told The Dodo.Recently, however, a simple trip to the groomer threatened to throw a wrench into the good thing Milly and Lupim have going.The other day, Alckmim decided that little Lupim’s curly coifs had become just a bit too overgrown. So, she arranged for him to get cleaner haircut, significantly reducing his shagginess. 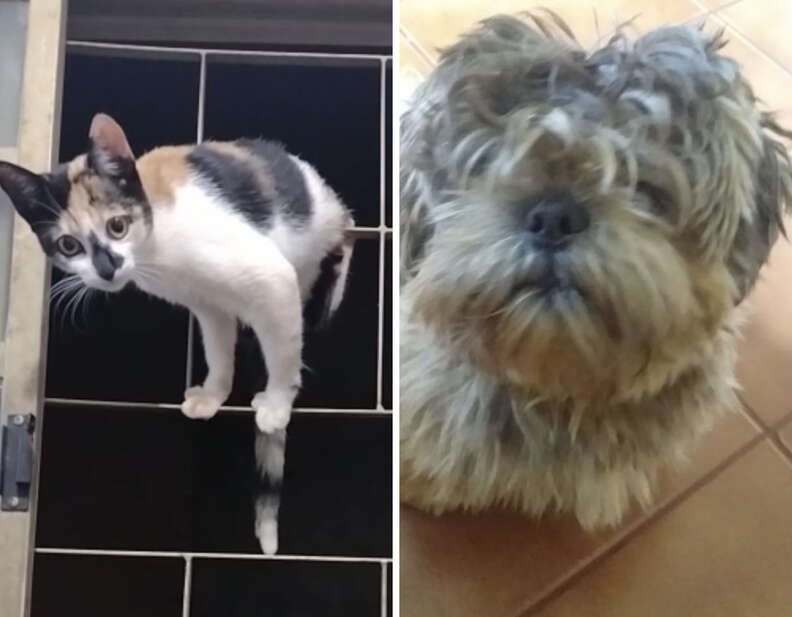 When Lupim came back from the groomer, looking like a whole new pup, Milly seemed to regard him as such — convinced, apparently, that Alckmim had brought home the wrong dog.

Here’s that moment on video:

Lupim was looking quite handsome with his fresh new ‘do, but Milly’s icy reaction sorta soured his big reveal. She didn’t recognize him. 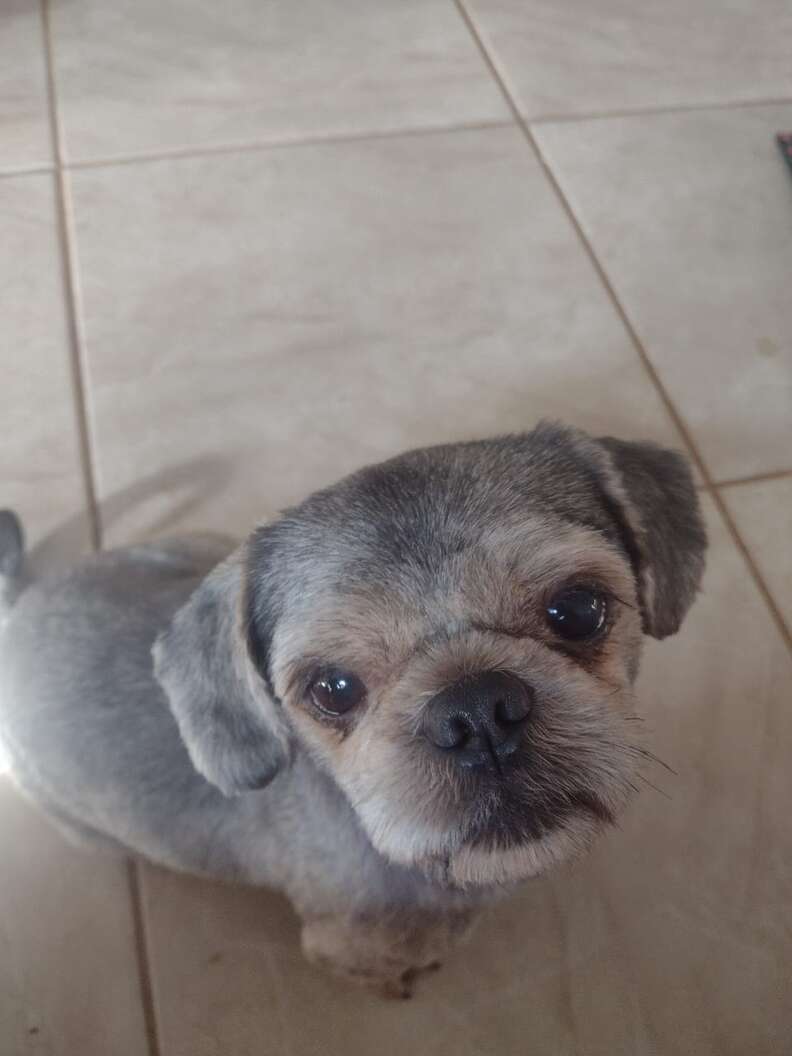 “It was super awkward,” Alckmim said.

Fortunately, before long, Milly came to realize that, despite looking different, Lupim was her old friend after all.

(Or, perhaps, that the new imposter dog was so Lupim-like in personality, she was fine with the switch-up.) 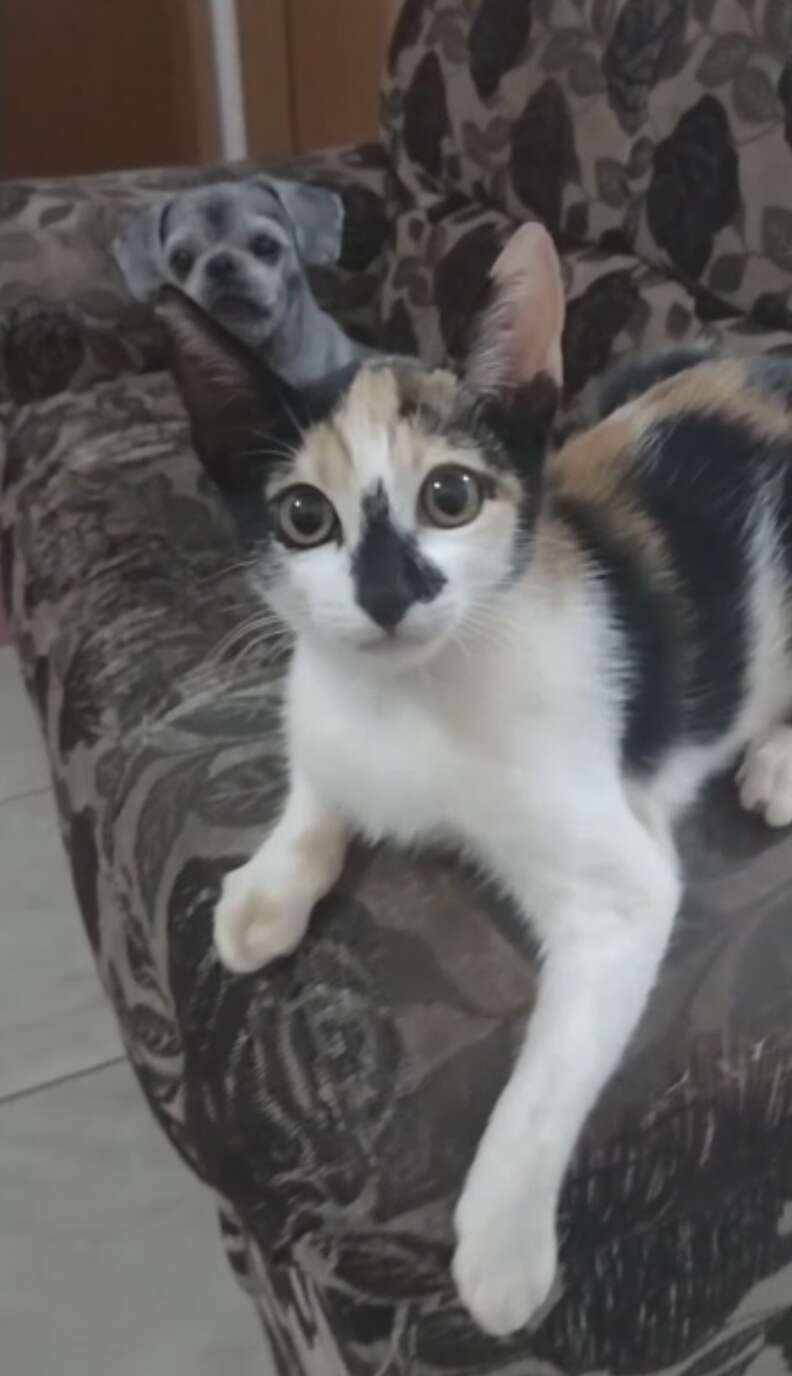 Now, not only is Lupim loving his new look, he’s back to sharing good times with the cat he love most.

“Milly was shocked to see Lupim after the groomer,” Alckmim said. “But they’re now friends again.”