Every once in a while, nature throws us a usual bone and creates a uniquely cute dog that seemingly was whipped up in fantasy and very distant past genetics.You’ve probably never seen a Chow Chow like Chief before. He looks like a big fluffy dish of cookies and cream ice cream with blue eyes!

Chief is a 4-month-old Chow Chow owned by dog mom, Sara Hamilton. Sara nick named Chief “Oreo Cloud” because he looks like an Oreo McFlurry dessert.Mom says he got these colors because he is a merle chow. Merle is a genetic pattern in a dog’s coat that can create different patterns, colors, and can create a mottled look, like the cookies and cream appearance you see on Chief here.

Sara says that Chief comes from several generations of pure Chow Chows and he must have got his coloring from genetic defect or a mixed breed in the line in the far, distant past. 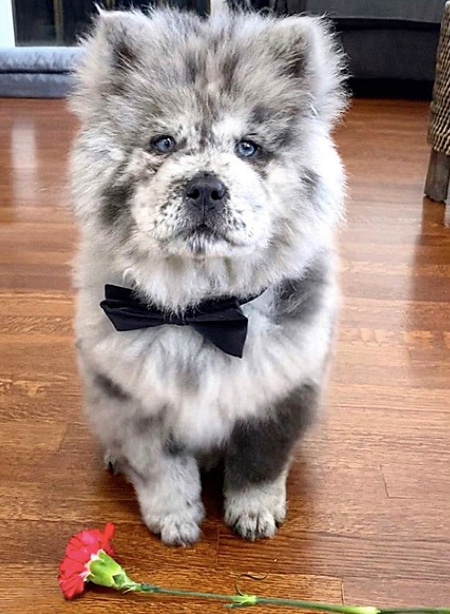 No matter how he got it, he looks as sweet as the dessert he’s named after and could not be any cuter. Mom says his personality is just as adorable and she plans to train him to be certified as a therapy dog when he is older. 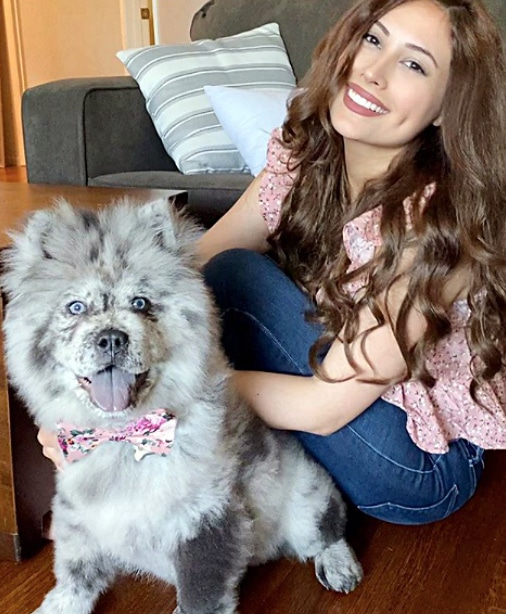 He’s just a little pup now but he’ll grow to be about 85 pounds and he’s sure to be a comforting ball of furry fluff for all the people he’ll help one day. 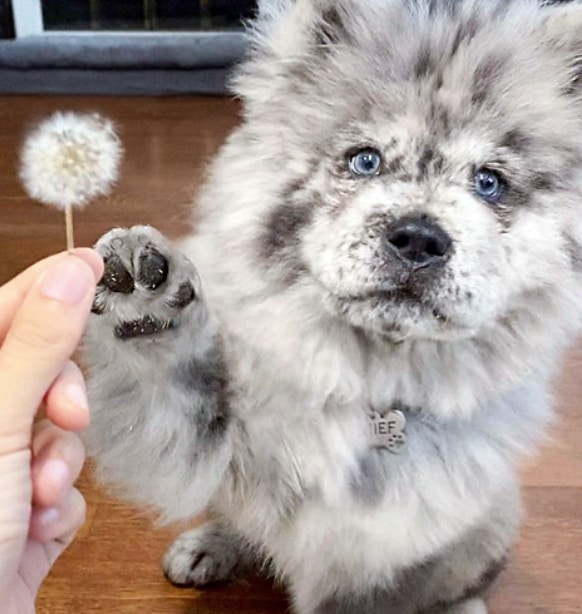 Chief lives in California, loves baths, getting groomed, belly rubs, and taking naps with his humans. He is a sweet heart of a dog and could not be any cuter or original.