Just over a month ago, a rescue dog named Ethan was on the brink of death. A family found him alone in a parking lot, weighing less than half of what he should. At first, shelter staff were unsure if he’d make it, but they kept fighting for him.

It turns out that all their hard work paid off. Ethan is now looking healthier than ever after reaching his goal of 80 pounds. To celebrate this achievement, shelter staff reunited Ethan with the humans who saved his life. Specifically, the 11-year-old boy who helped find Ethan was overjoyed to see the dog happy and healthy.

When Ethan arrived at the Kentucky Humane Society, he weighed only 38 pounds. But recently, he reached his goal of 80 pounds! That means he gained more than his initial weight in only a month. If you saw Ethan now, you might not even realize he’s the same dog. 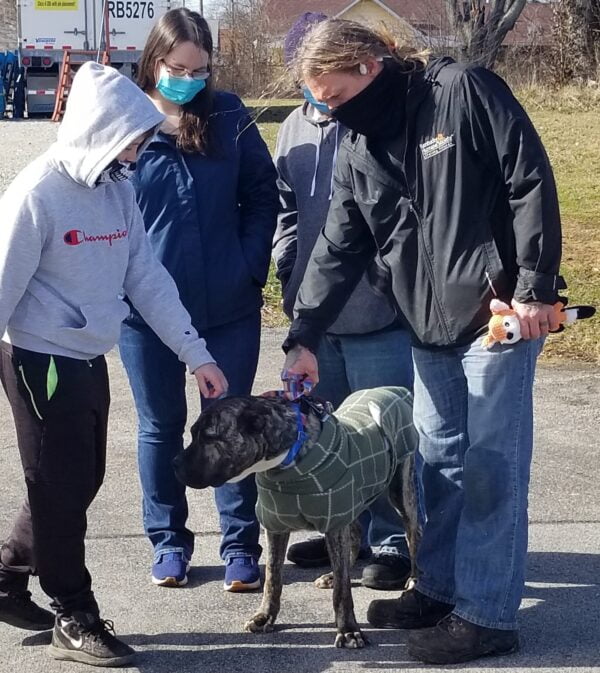 Shawn Henderson, David Hughes, and their son Tatum were the ones who found Ethan in the parking lot that day. Their awareness and quick-thinking are what truly saved his life. But ever since that day, they haven’t stopped worrying about whether or not the pup would make it. Tatum was the most concerned of all. 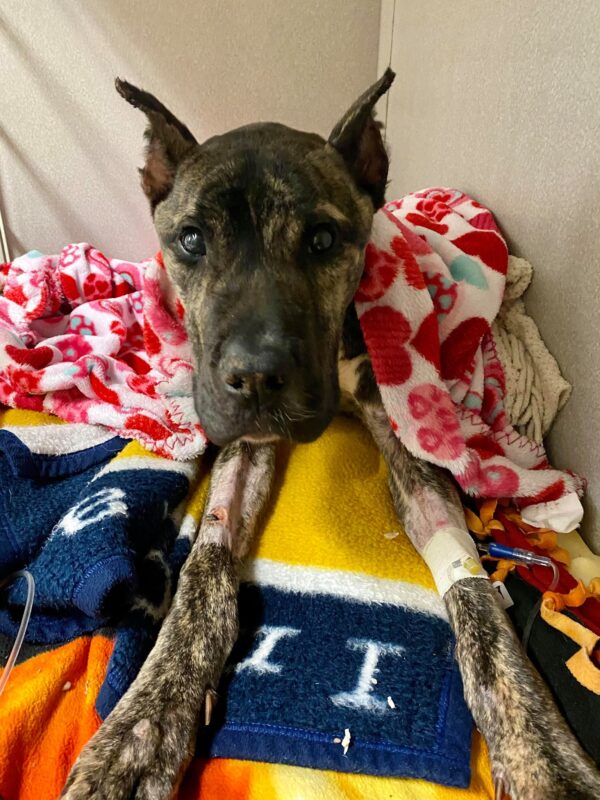 “They have been following Ethan’s progress every day since then. A few days ago, Tatum’s grandmother reached out to ask if her grandson could meet Ethan now that he is healthy. We couldn’t agree more and arranged a meeting so Ethan could say a proper “thank you” to Tatum and his family,” the Kentucky Humane Society wrote on Facebook.

So, to celebrate Ethan hitting his weight goals, the family came to meet him again. But of course, he was a completely different dog from the last time they saw him.

An Uplifting Reunion
The family was in awe of how big Ethan had gotten. Henderson thought that he looked four times bigger than when they last saw him. Of course, they saw his online updates, but witnessing the improvements in person was even more incredible. 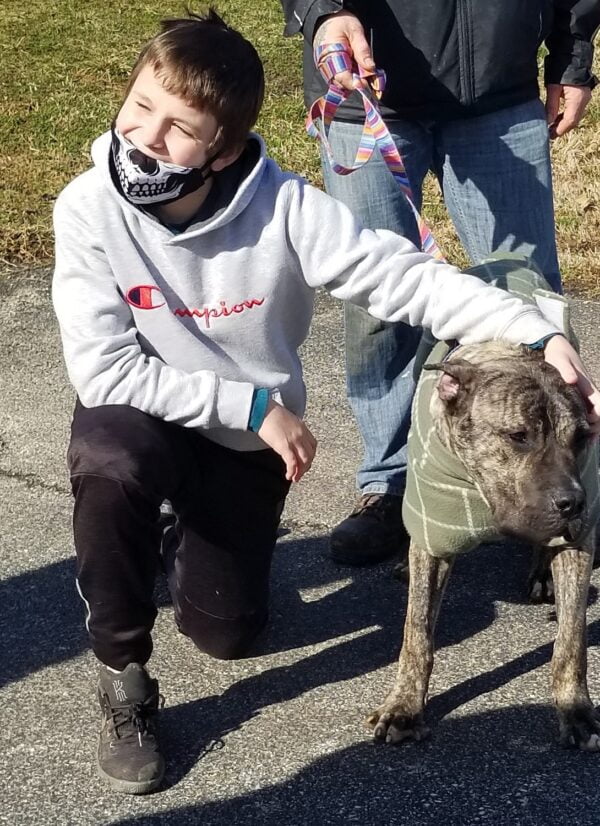 Since Tatum’s 12th birthday is coming up, the staff decided to give him a birthday present from Ethan. They gave him a “Team Ethan” shirt and a card signed with Ethan’s paw. Tatum was thrilled to receive so much love from the dog, but he joked that their dog at home would probably be jealous of this reunion.

Jeff Callaway, Ethan’s foster parent, is amazed by the dog’s sweet nature despite everything. He loves to cuddle up with everyone he meets. But Callaway hopes that Ethan’s story will also shed light on the many other dogs in need.

“Unfortunately, his story is not the only one. There are other dogs that get dropped off, but hopefully Ethan’s popularity and his story can bring more awareness to the other animals here at the shelter and at other shelters that need help,” said Callaway.

Ethan was finally healthy enough to get neutered, and after further examination, vets suspect that he’s less than a year old. Every day is a new achievement for Ethan, so he will continue to live life to the fullest. Soon, he’ll be ready to head off to the forever home of his dreams!