The story about this adorable bear seen playing with a teddy bear near Red Lodge, Montana, comes from a Twitter post made by Don Redfoot.Apparently, Don has a friend named Randy Dragon, who suggested that their neighborhood bear needed a teddy bear to play with. Randy agreed and went down to a senior center thrift store and bought the best teddy bear he could find for $1.

They placed the teddy bear in the woods and Don had a trail cam set up to capture the first moments of the bear discovering the teddy bear – it could not be more adorable!At first the bear just sniffs the teddy bear but then begins rolling on top of him. Next, the bear hugs and nibbles the teddy and rolls over onto his back.

Things get a little out of the frame from there, because the bear knocked the trail cam’s angle off kilter. But we can still see that the bear is enjoying the stuffed orange toy. 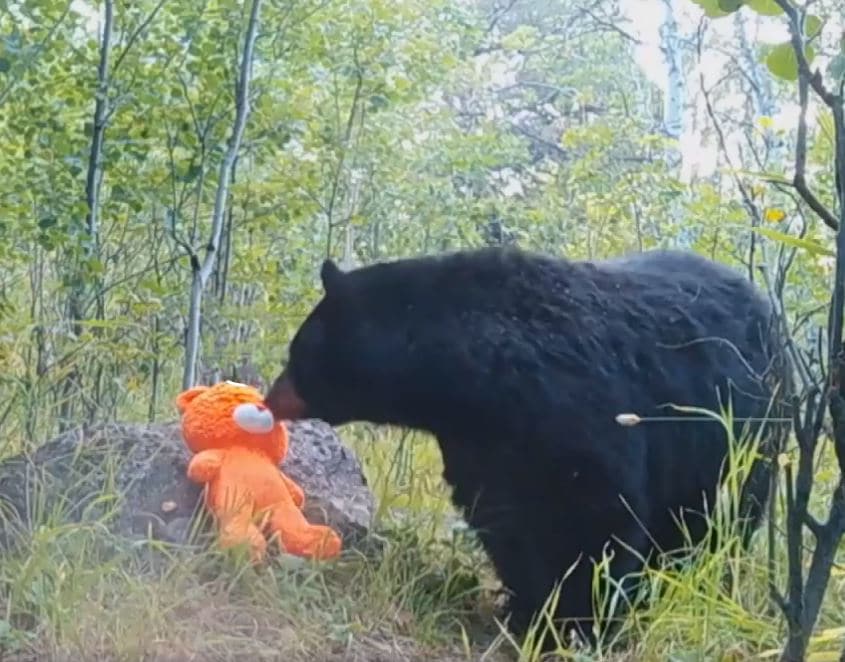 Captive bears are known to benefit from enrichment activities. Zoos and wildlife centers go to great lengths to provide them with stimulating entertainment. They are known to enjoy water, floating objects, large balls, ice, rocks, barrels, pumpkins, special food treats, and nesting materials. All of those things are normal bear enrichment items and enjoyed by the animals. 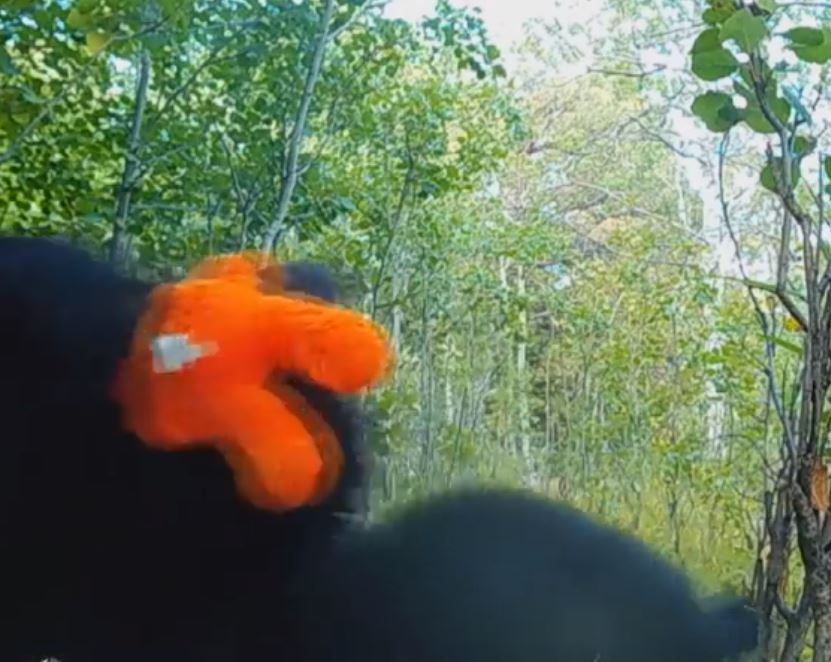 A wild bear playing with a stuffed animal is certainly an usual site and super cute. This is the first wild bear that we know of seen playing with its own teddy bear!

Perhaps the teddy bear brought out the softer side of this potentially ferocious bear? We don’t know but we’re not going to try to take that teddy bear away, that’s for sure.