Parents adopt a variety of disciplinary measures when their children misbehave. When one Ohio mother decided her son needed to be on timeout to reflect on his unacceptable behavior, she didn’t expect the family’s dog would join his little owner.

Jillian Marie Smith sentenced her 3-year-old son, Peyton, to timeout in January 2020 after he got into a fight with his 5-year-old sister Ryleigh and hit her. Smith had originally given Peyton two options: either to stay in his room or have a timeout. He chose the latter.

However, when Peyton was serving his timeout, the family’s dog, Dash, came over to join him, reported Good Morning America (GMA). As if appreciating his furry friend’s gesture to accompany him during the timeout, the little boy put an arm over the dog.

Smith happened to chance upon this heartwarming scene and quickly snapped a photo. 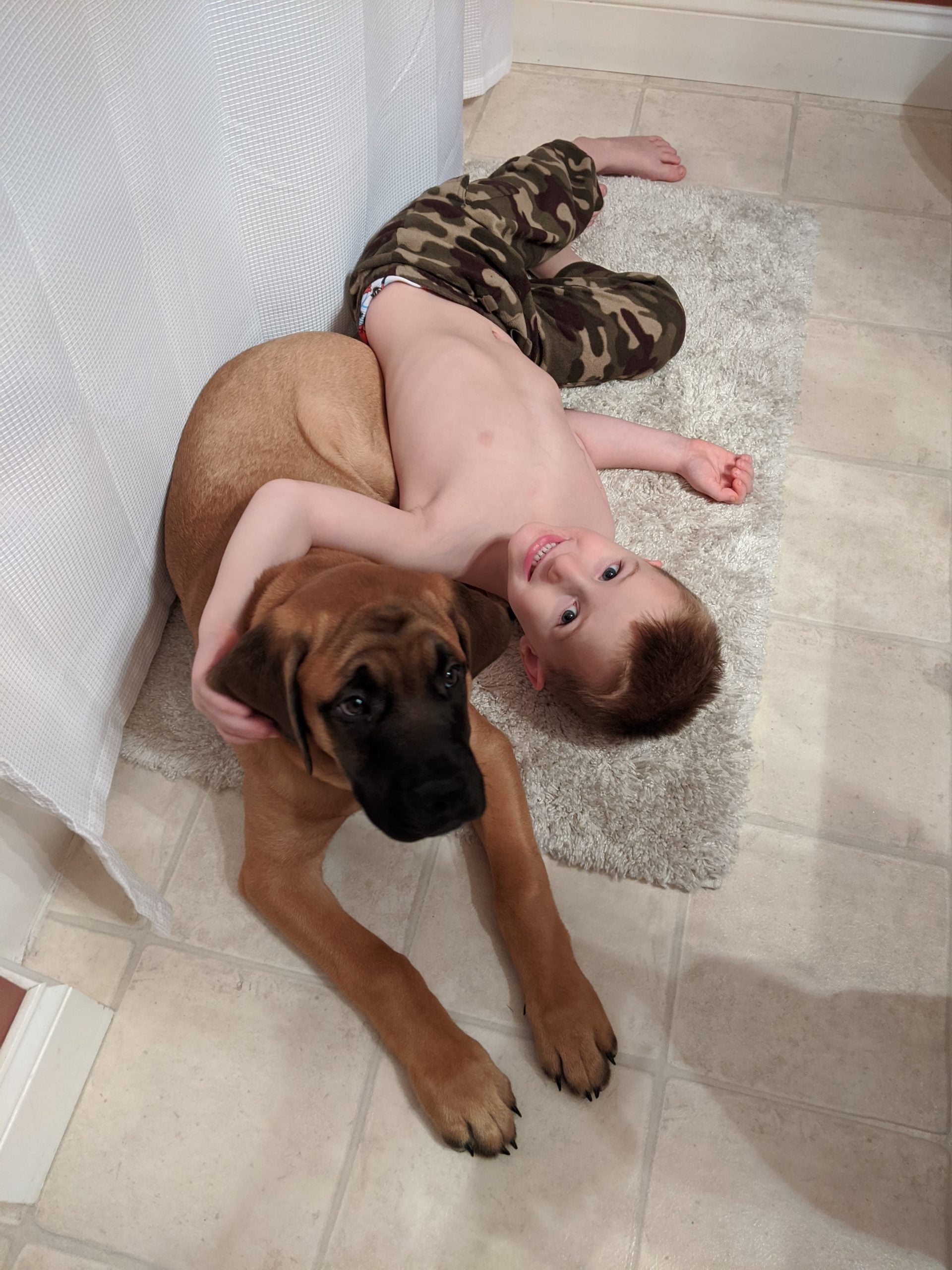 “I just happened to have my phone on me at the time he was in timeout and took the picture,” she told GMA.

The photo was then uploaded to her Facebook page with the caption, “When you’re in time out but your best pal wont [sic] let you serve your time alone.”

Smith said that their English mastiff dog might have sensed that Peyton was lonely.

“I couldn’t be mad long because it was just so cute how Peyton wrapped his arm around Dash,” Smith told. “When Peyton had to go to time-out, I think Dash knew he needed his buddy.” 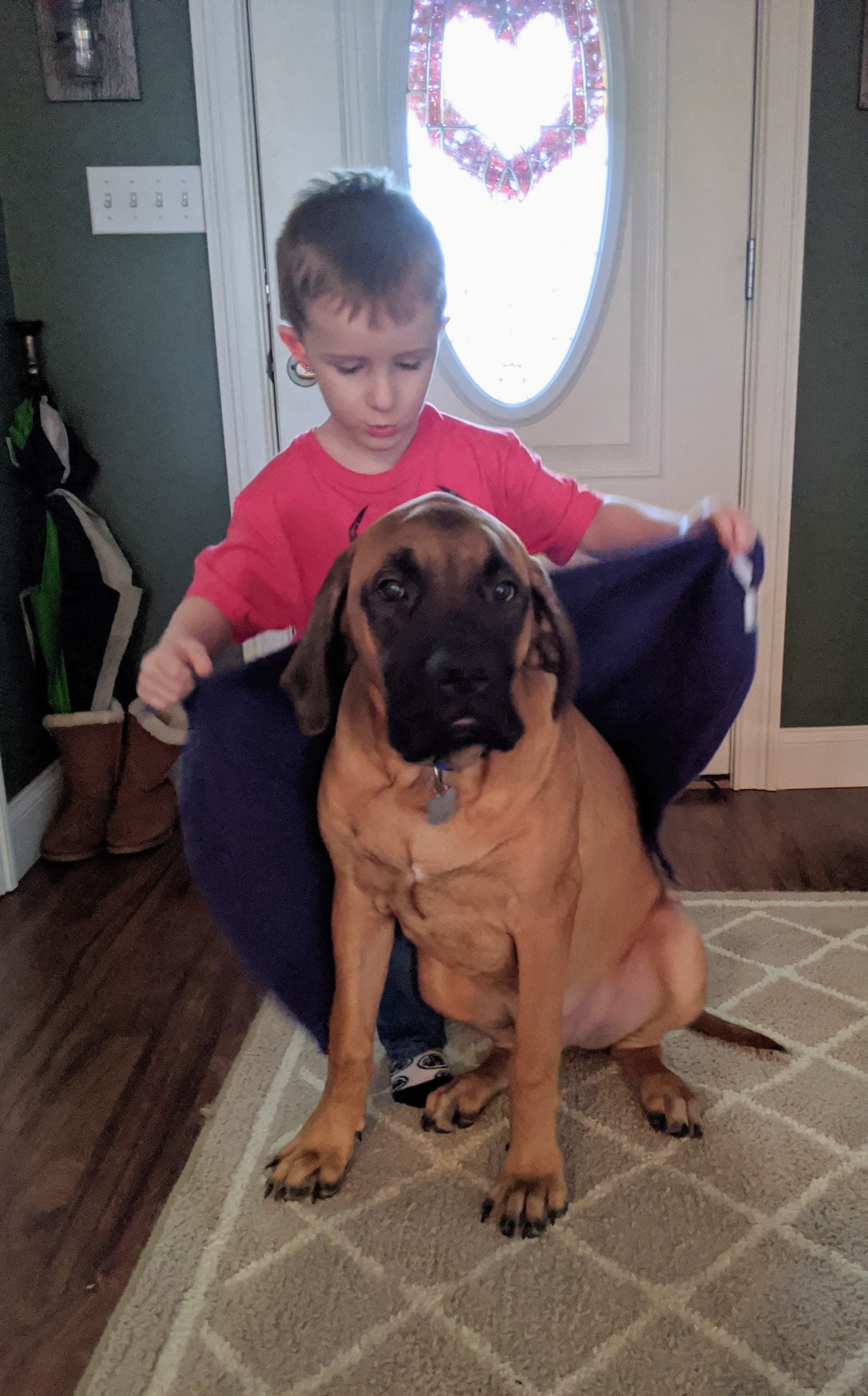 Apparently, Dash was not the first dog who decided to join his best friend in timeout. Many pet lovers commented on Smith’s photo, which has now been shared more than 51,000 times, that their dogs have done the same thing as well.

“I have a little Beagle that won’t let my one 8 year old [sic] twin do time out alone,” wrote a user.

Another wrote that their pit bull does the same when they make their kids stand in the corner with the only difference being the dog would face the wall with them; “it’s the most adorable thing ever, dogs are so sweet!” the social media user added.

Smith told the Chinese edition of The Epoch Times that Dash has been by Peyton’s side since the little boy was 3 months old and that the furry companion has brought a lot of joy to the family, especially to Peyton.

When Peyton needed to go out, he would tell Dash, “Don’t worry, I’ll be back soon. Don’t be sad.” And upon his return, Peyton would immediately inform his best buddy, saying, “Bro, I’m back! I miss you so much!”

Smith, who lives in Norfolk, revealed to TODAY Parents that her son often plays dress up games with their 230-pound (approx. 104-kilogram) heavy “gentle giant,” Dash. 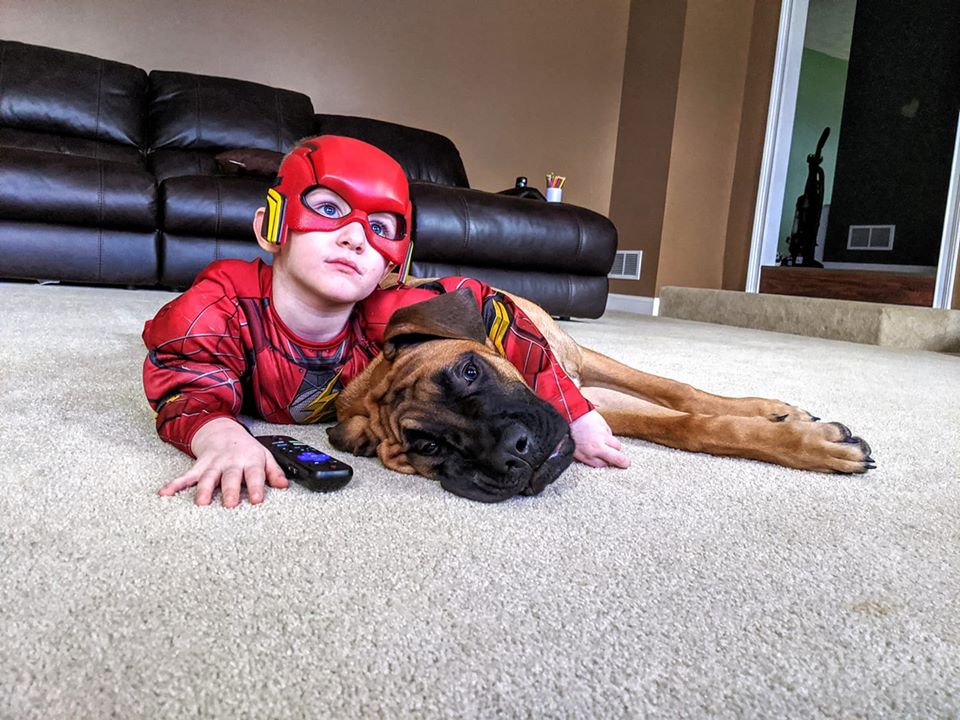 “Peyton dresses Dash up in superhero costumes and they act out fight scenes,” Smith said. “I don’t think Dash understands what’s happening, but he allows Peyton to do whatever.”

Smith added that both of them are “always together” and she just needs to find out their dog’s location if she can’t find her son.