Few things can come between Howard and a good nap. The low-key golden retriever/Lab mix happily spends most of his time snoozing away, and now that his family is home more often, they have time to appreciate the hilarious positions Howard falls asleep in.

Howard is a large dog, but he doesn’t seem to realize it. “He has always been huge and pays attention to nothing,” Kimberley Spencer, Howard’s mom, told The Dodo. “Howard is almost 100 pounds but thinks he is 25 pounds. When he stretches out on the bed, his body is about 5 feet long — coincidentally, the same as my height.”

When Howard is awake, he tends to make a mess, barreling into the house and knocking over anything that stands in his way. “His tail is like a weapon that I have to warn people about because it hurts when you get hit with it,” Spencer said.

But when Howard is asleep and peaceful, he is just as awkward. 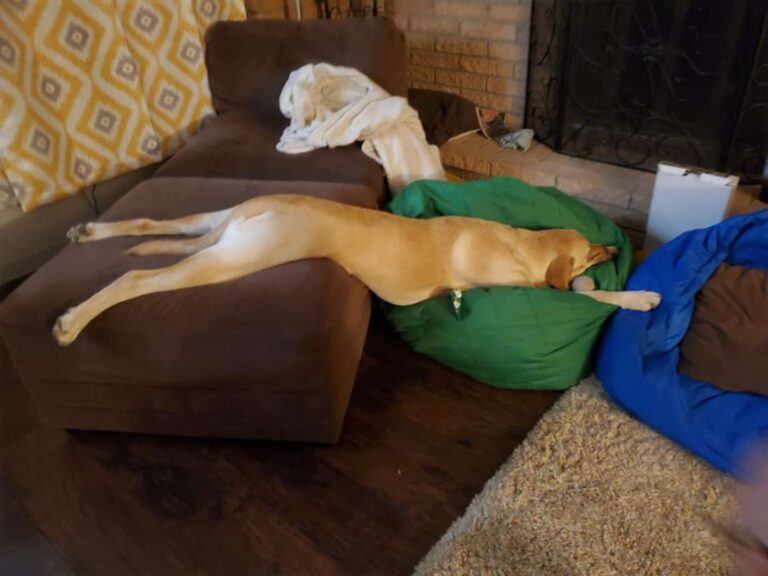 “He loves to stretch out with his legs straight out behind him sleeping on his belly while on a bed, much like the same way I sleep,” Spencer said. “But ever since he was a puppy, he would put his front paws or front half of his body on furniture and never his back half.”

Spencer believed Howard would eventually grow out of the strange sleeping habit, but he never did.

“I am OK with that because it cracks me up daily,” Spencer said. “He often sleeps during the day on the ottoman and usually with a ball or a toy duck sticking out of his mouth and always with his rear end off the ottoman.”

“His back feet are normally tucked under so it appears like he is kneeling,” she added. 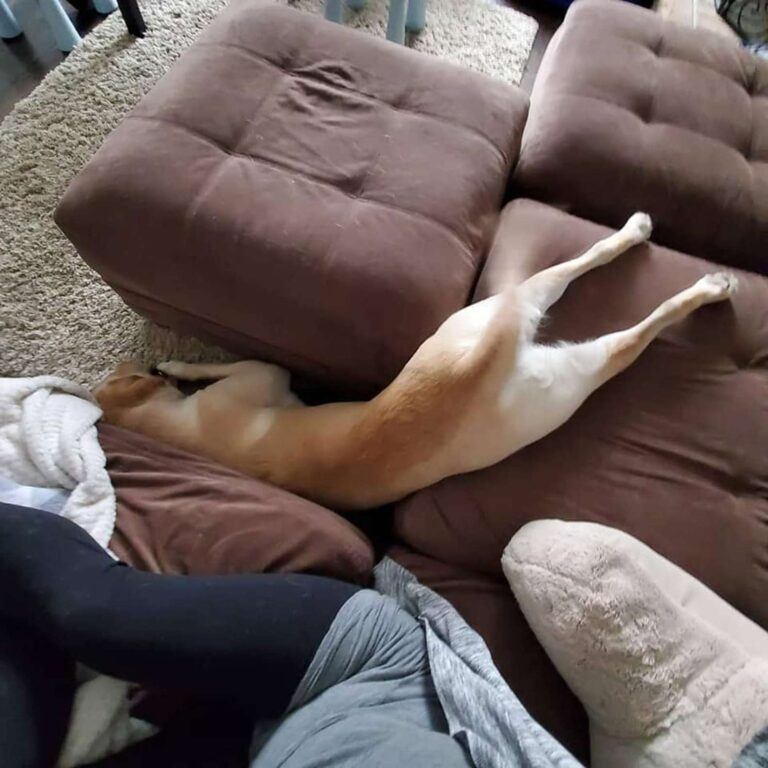 Howard will sleep for hours half-on half-off furniture, and that just seems to be how he likes it. “I never know how that can be comfortable,” Spencer said.

Howard’s unique sleeping positions have brought so much joy and laughter to his family’s life, even if the ottoman is now off-limits to anyone who’s not a dog.

“Howard has been the best addition to our family,” Spencer said. “It honestly feels like he has always been a part of this family.”