Their friendship may be unusual, but these two friends don’t mind if people find them strange; they’re just happy to have found each other.Foxtrot is a big pup with an even bigger heart; the three-year-old newfie has a sweet spirit and is known to be very gentle with little kids. She seems to know that when you’re as big as she is, you really need to be mindful of people who are smaller than you.

But despite her gentle personality, her mommy, Rachel Koscelek, couldn’t help but feel alarmed when Foxtrot spotted a tiny toad in the grass one evening and decided to run over and say hi.Koscelek held her breath as she saw her giant furbaby rush toward the tiny toad. She thought that Foxy would accidentally harm the delicate little creature in her excitement.

But she didn’t have to worry.

Amazed, she watched as Foxy stopped in front of the toad and simply watched it for a while. 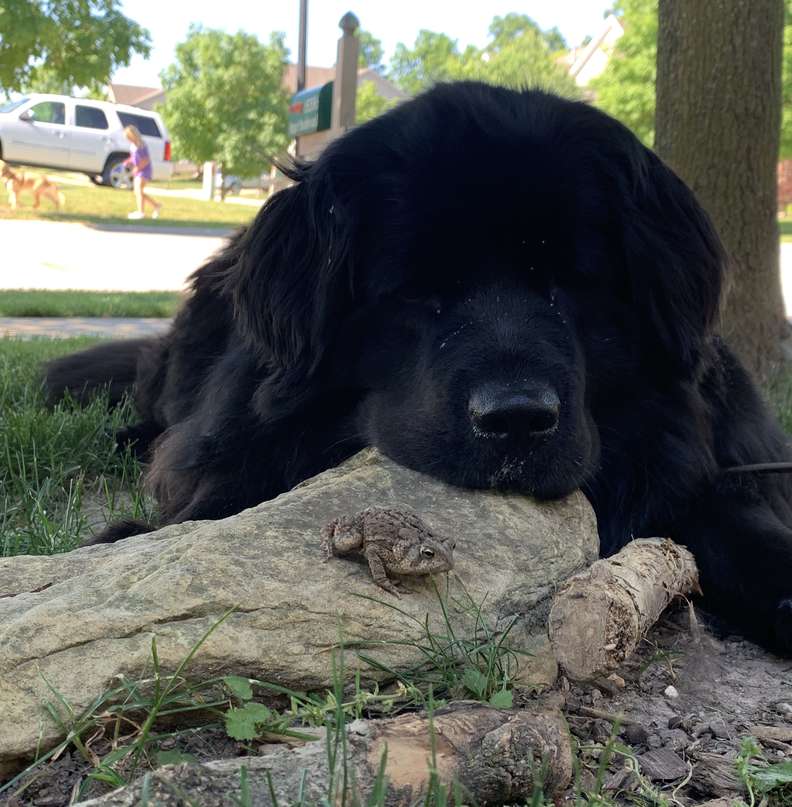 Fascinated by the tiny created, Foxy eventually laid down on the grass next to her new friend and the two enjoyed a chill hang-out session.

That could have been the end of the story, but the very next evening, the toad showed up again.

Foxy recognized her new friend and laid now next to the tiny toad. 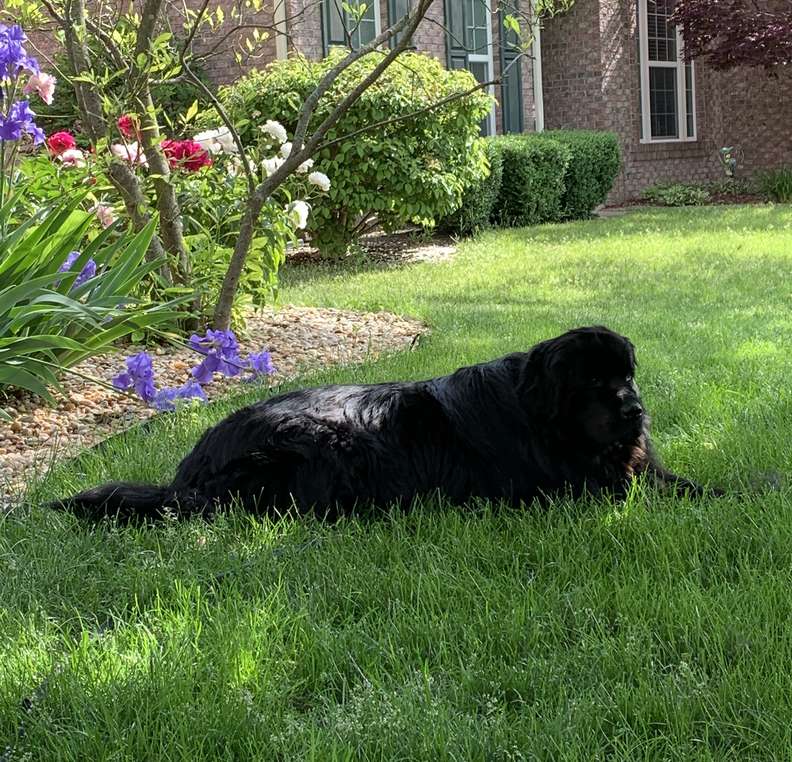 This new little ritual continued for several more nights, and Koscelek was both touched and bewildered by their unexpected connection.

But then, one night, the toad didn’t show up to greet Foxy.

Foxy was noticeably upset that her friend wasn’t here to meet her, and she grew even sadder as nights passed without the toad returning.

Foxy faithfully waited outside, night after night, laying down on the gravel in the hopes of the toad returning.

And then, after a few nights of waiting and wondering, the toad showed up again. 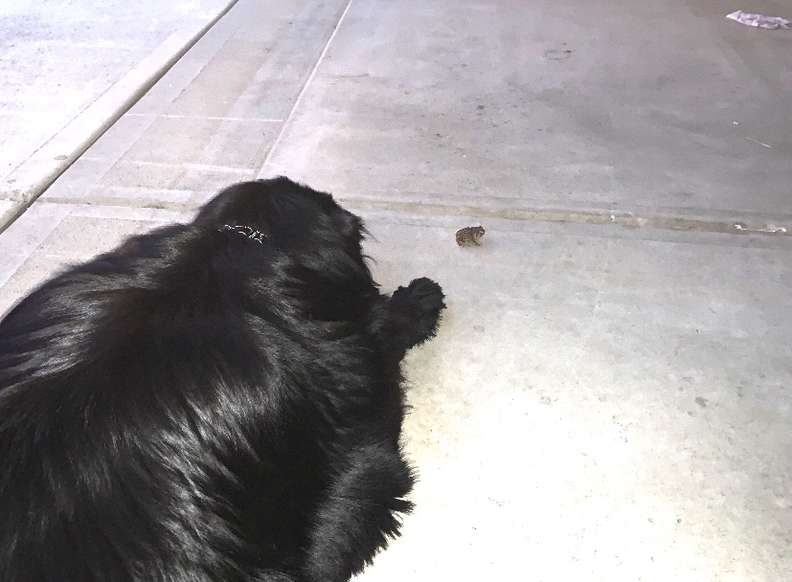 Foxy was overjoyed and rushed over to greet her old friend with happiness and affection. The two friends assumed their usual positions and hung out on the lawn together, quietly enjoying each other’s company.

And just like that, the routine was re-established. Now, the unusual BFFs hang out together every night, and Foxy is more than pleased.

While Koscelek doesn’t understand exactly how the two friends are communicating with each other, it’s clear that they both appreciate the time they spend together.

Their unusual friendship has been celebrated online, and people find the two pals absolutely adorable.