Whoever coined the term ‘man’s best friend’ should have observed at how dogs behave around babies. They’re gentle, sweet and responsible brothers and sisters to their human siblings. Brutus, for instance, becomes the most doting brother just for Kayden, the baby of the Michalek family.

Brutus is a 3-year-old Bullmastiff living in Northern California with his family, the Michaleks. He is technically the family’s first baby, according to Bonnie Michalek. Despite his tough facial expression, Brutus is actually a very warm and playful dog, but Bonnie and her husband were worried at how Brutus would react in case they got pregnant with their first child.

Brutus loves kids, he also plays with them at the park and always accepts kids’ attentions whenever he meets them, but he’s also used to being the only child, so they really had no idea how he’d take the new family asset. 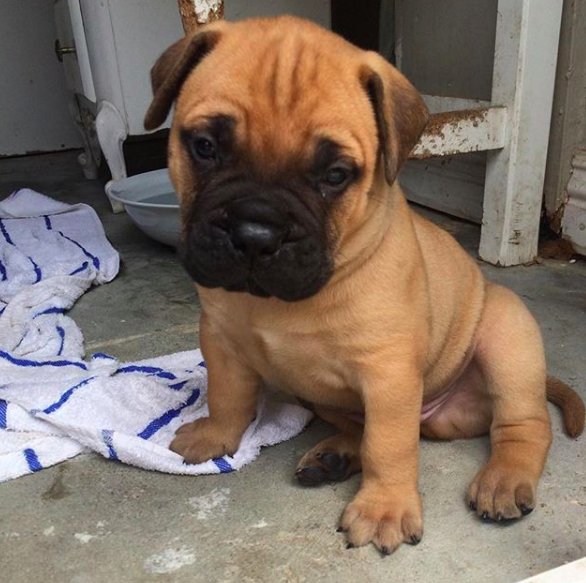 Brutus actually sensed Bonnie’s pregnancy it before the couple even had an idea. On nights when Bonnie’s husband was at work, Brutus would hot leave her side. No matter how Bonnie made his crate comfortable or bribed Brutus with treats, he would not stay inside the crate until her husband came home. Nine months later, when Bonnie finally gave birth to Kayden, the Michaleks made sure that Brutus would be part of it all. 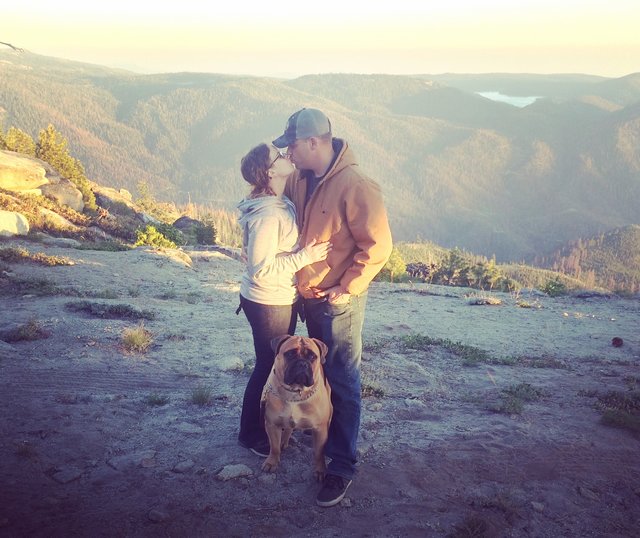 Brutus stayed at Bonnie’s parents’ house while they brought the baby home. When they picked Brutus up, Bonnie made sure to give him lots of attention before meeting the new baby. When they allowed him to meet Kayden, Brutus immediately went to kiss and snuggle with the baby. Then and there, a unique friendship was born. Brutus has become Kayden’s babysitter and bodyguard, and every time Kayden cries, Brutus brings him his worn out fluffball.
That yellow fluffball is Brutus’ favorite toy, and he thinks that Kayden would feel better and stop crying if he gave it to him. How wholesome is that? 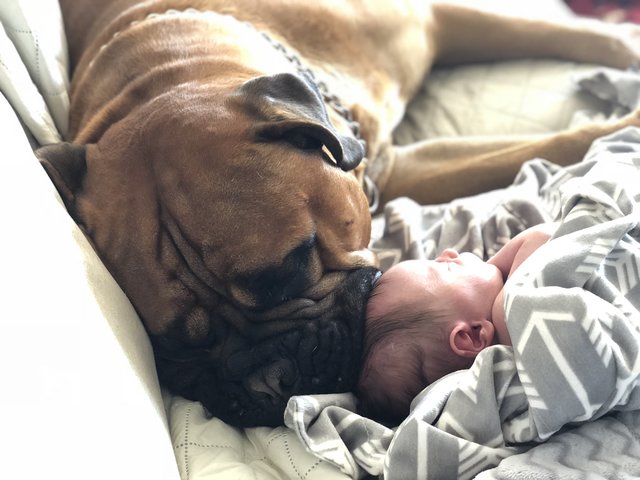 This is Brutus, back in his puppy days, he’s a Bullmastiff who lives in North Carolina with his family, the Michaleks

This is a photo of when Bonnie and her husband got Brutus on their anniversary. Bonnie Michalek says Brutus is their first baby.

Brutus has always loved to play with kids, but since he was used to being the only child, they had no idea how he’d react if they had a baby. 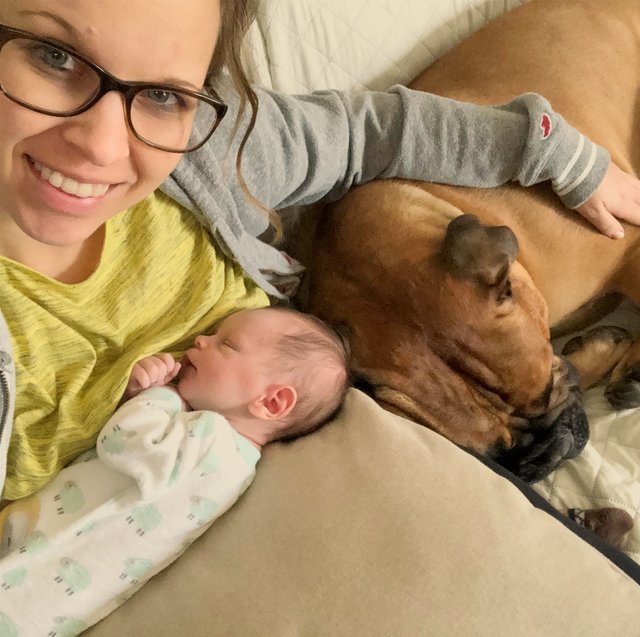 So they made sure to give him lots of attention and included him in all their important milestones.

When it was time to introduce Brutus to the baby, he immediately kissed and snuggled with him. It was love at first sight.

And that’s how their unique friendship started. Ever since Baby Kayden arrived, Brutus was on his toes, always beside Kayden. 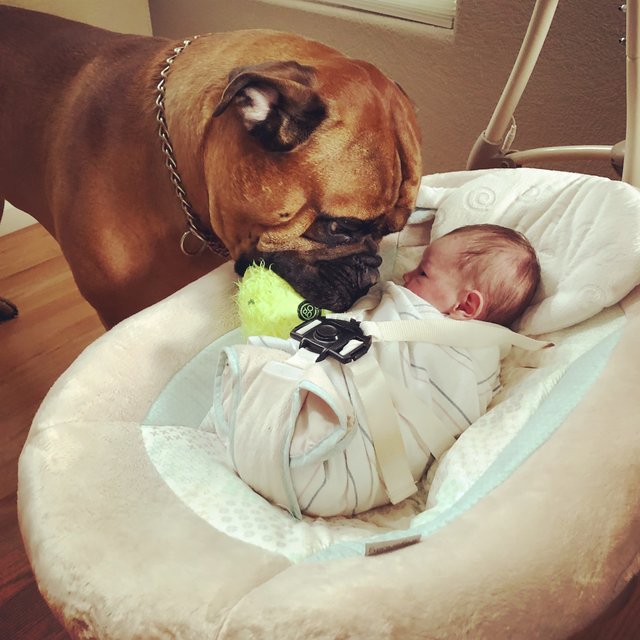 This bright yellow fluffball looks so horrible and dirty, but this is Brutus’ favorite toy.

Whenever his baby brother cries, Brutus brings him his yellow fluffball to comfort him.

Now Brutus and Baby Kayden do everything together. Playing, eating, sleeping and having fun all day long. 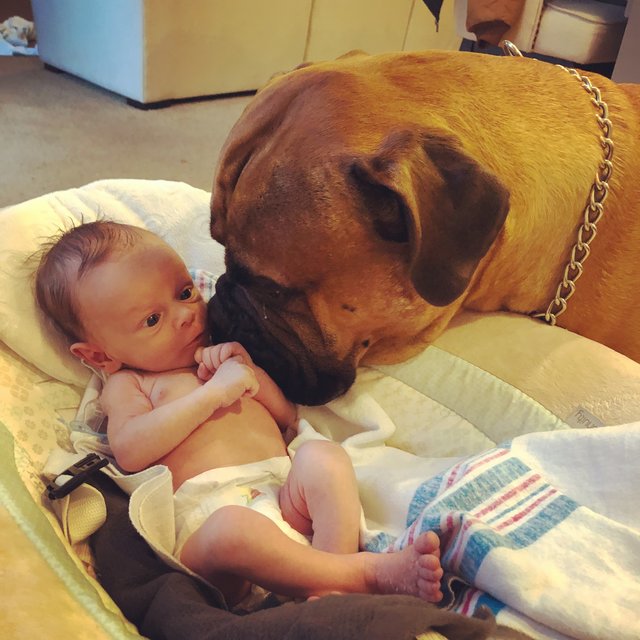