Chris and Mariesa Hughes have saved over 500 senior dogs and are currently parents to 21 rescue dogs.
The 21 dogs have filled their days with love, but it can be overwhelming to make sure they all have plenty of outdoor time.
So when it snowed heavily, Chris decided to clear a path in the snow — and ended up creating an epic snow maze for the rescue pack!
Chris and Mariesa Hughes have made it their life’s mission to rescue dogs, especially senior dogs and dogs with special needs.

They have since saved over 500 senior dogs!Now, they have a growing family with their pack of 21 rescues: Bully, Delilah, Fitzgibbons, Frank, Gizmo, Lacey, Mabel, Major, Meatball, Mercury, Mya Marie, Nutmeg, Pesto, Phil, Pixie, Quinn, Sammy, Stig, Tejas, Tina, and Vera.Their oldest pup is 21 years old while the youngest is 18 weeks old.“They are all so unique but all get along as one big happy family. They are independent, mischievous, strong, loving, loyal, and crazy. Many of them have little packs within the pack,” Chris told The Dodo.

It can be a lot of work taking care of 21 dogs, as well as making sure they get lots of outdoor time. So when it snowed heavily, the couple had to get creative.

“I have lived my entire life in cities that get a lot of snow, but I have never seen this much in such a short period of time,” Chris shared. “We needed to figure out a way to allow the dogs to at least get outside to do their business and let off a little steam.” 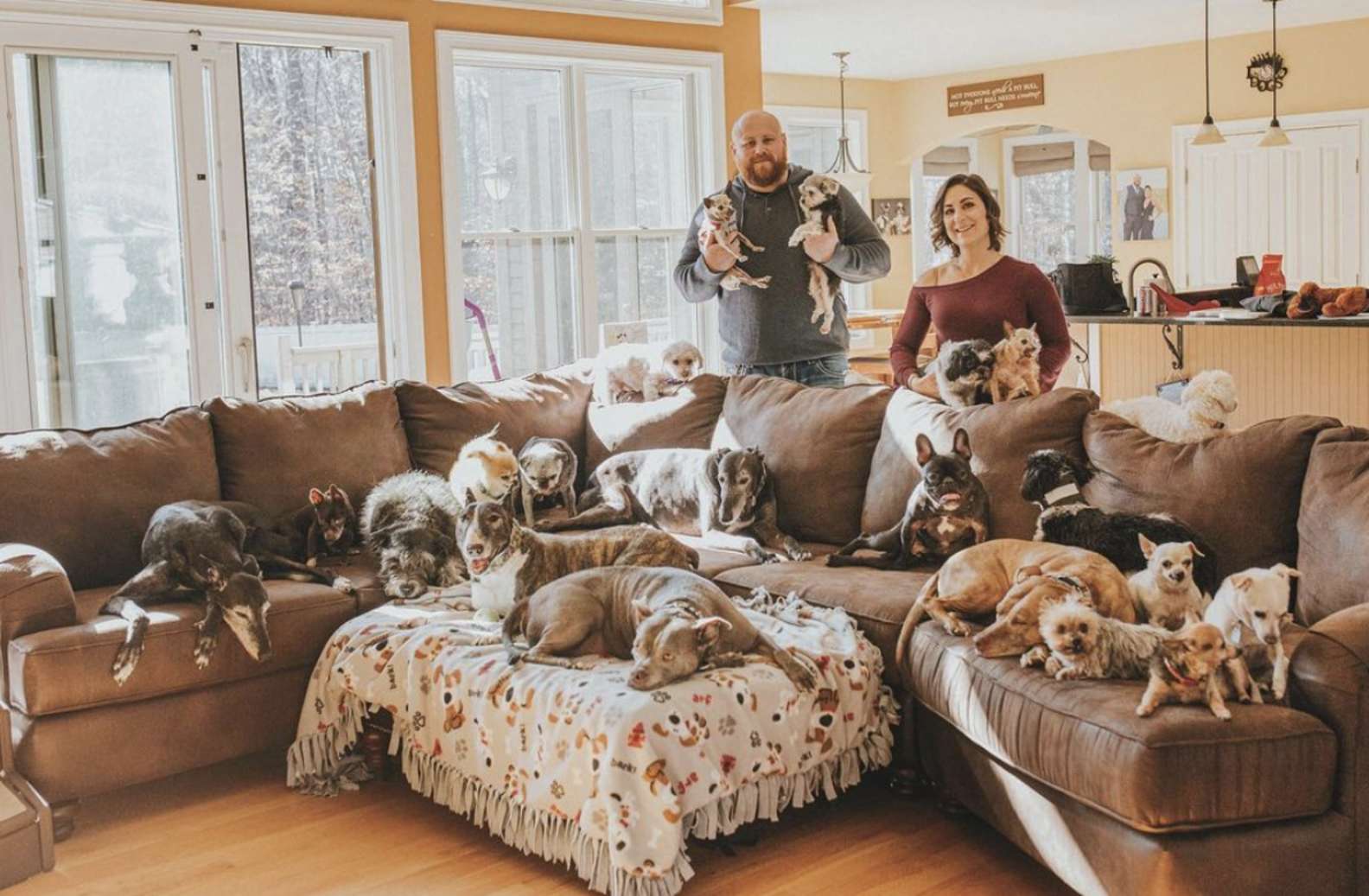 So he started off clearing an area for the dogs by shoveling off some snow, but he got carried away. After more than 2 hours of digging in the snow, he had created an epic snow maze in their backyard. 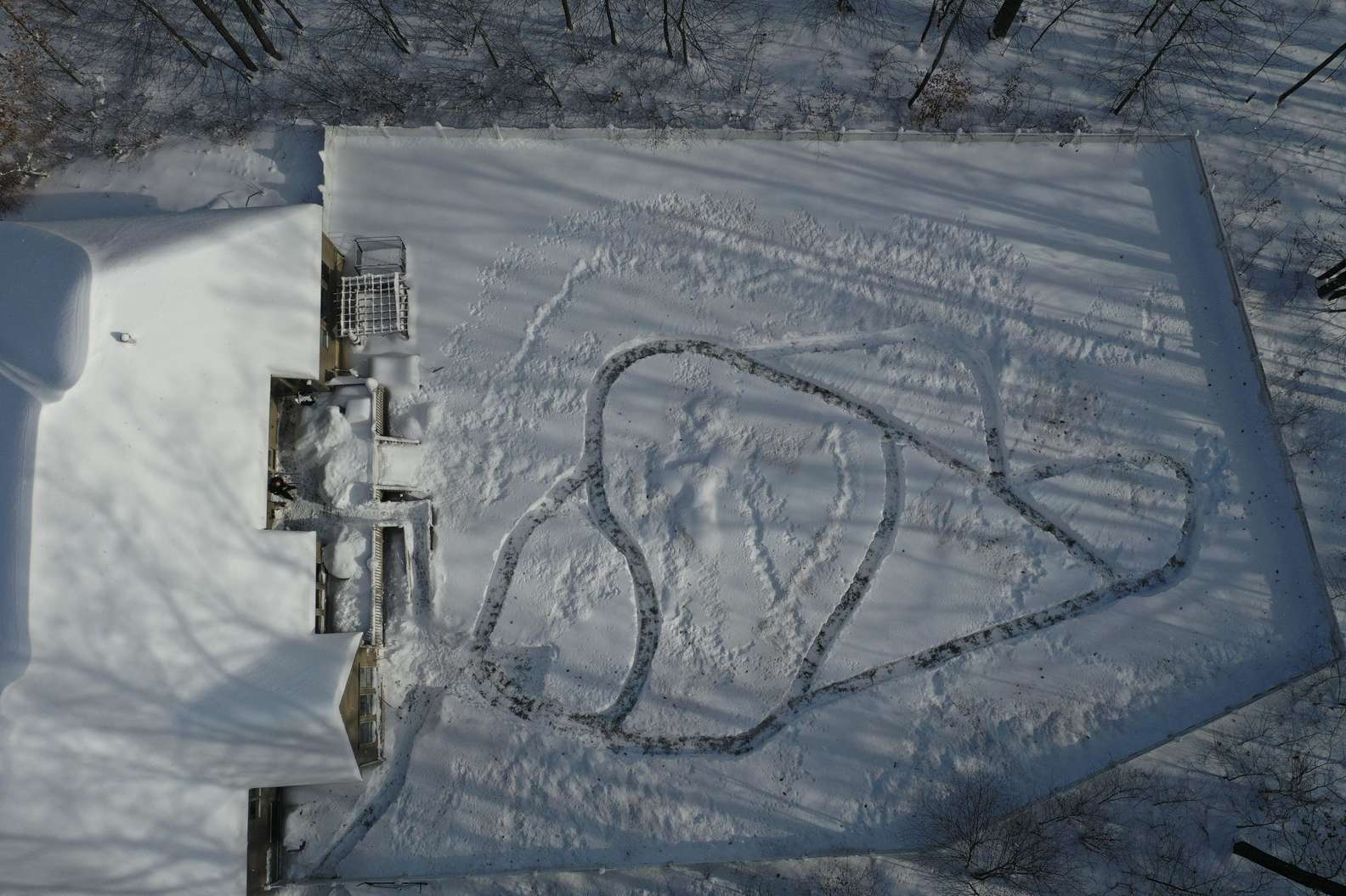 And the dogs absolutely loved it!

Chris shared, “The big boys all run through the maze like it’s a big game. It’s nice for them to be able to get out and explore still, I think I am going to hide some toys in the banks for them to find next!”

The maze has become a fun way for the dogs to play around outside in the snow, and was also a surefire way for the Hughes family to show their love for their rescue dogs.

Chris is now planning on expanding the already epic maze to give the dogs new paths to explore.

Chris said, “I am going to do some more paths soon as there is no thawing in sight, maybe try to carve a few tunnels in there.” Meet This Adorable Kitten With The Most Interesting And Cute Eyebrows Dad Who Can’t Afford Backpack Weaves One For Son