The Strongest was playing against Nacional Potosi on Christmas Eve when Cachito the dog caught everyone’s attention.Holding a black Adidas cleat in his mouth, the pup happily trotted across the pitch while avoiding the referees who tried to catch him. The match continued as the players tried to focus on the game, but it wasn’t long before the referees decided to pause the match.When Cachito realized that all eyes were on him now, he plopped down on the grass and contentedly chewed on the shoe.

Even the commentators had to mention how sweet the dog looked.

And when a few players approached him, Cachito rolled over to ask for belly rubs! The pup simply loved all the attention and pets he got. A player then carried him off the pitch so the match could continue.

They had no news of the stray dog until a Facebook post shared a photo of the pup curled up outside the downtown area. The post shared that the pup looked sick and called for someone to adopt him. 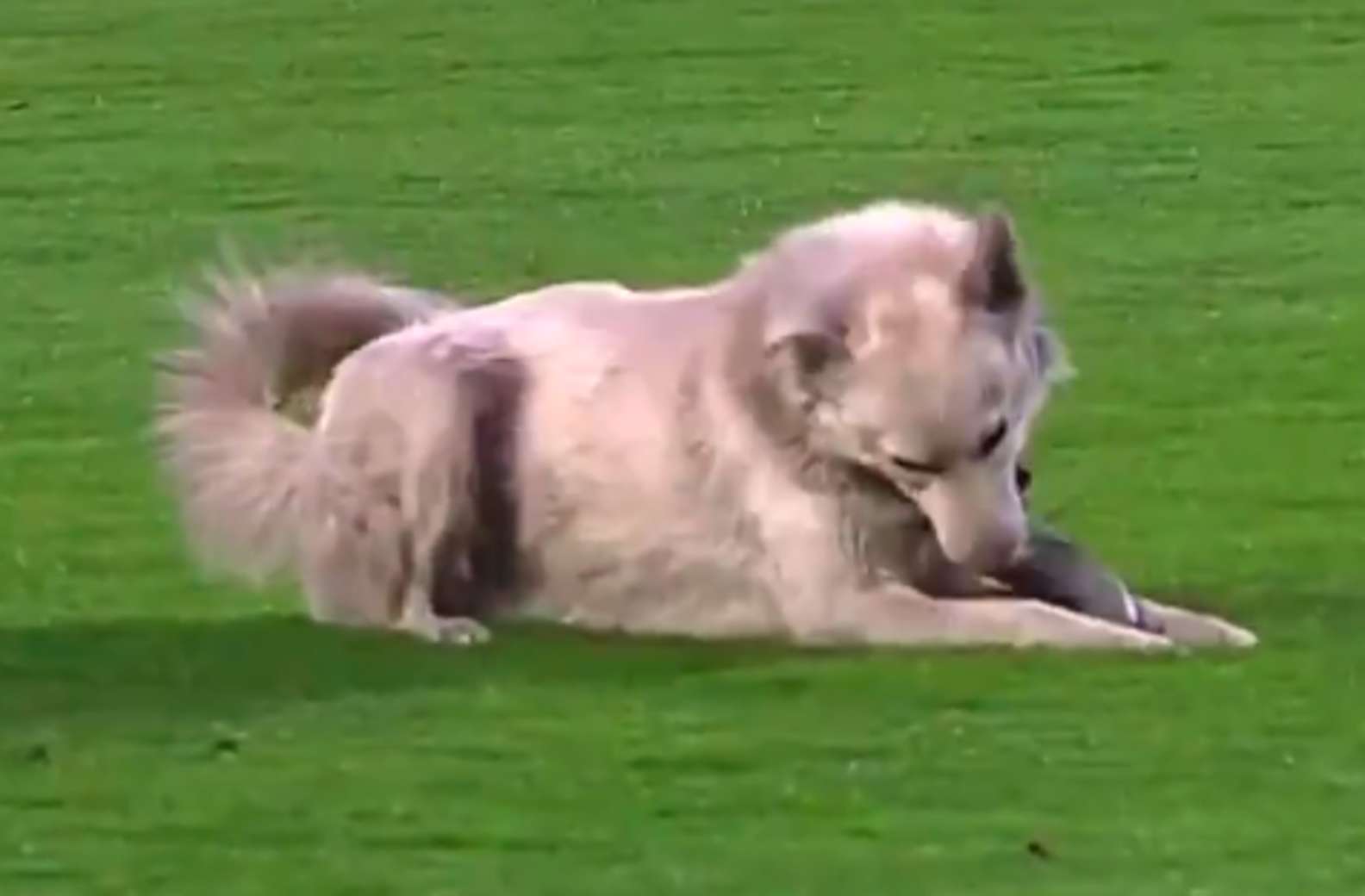 An adopting campaign for Cachito was soon started. It turns out that they didn’t have to look that far. Raúl Castro, one of the players for The Strongest and the player who carried him off the pitch, covered all his vet bills and took him home!

Raúl Castro not only won the match that day with The Strongest but also got a furry friend!