Lifeworks in mysterious ways. Many things happen to us every day that might lead us to something better without us noticing it.A simple stroll in the park, a shy smile to a stranger, or a simple hello can leave a lasting impact on us. These pretty mundane things are the works of destiny.

The same happens when we meet people in our lives. There is always a reason for that. It is either a blessing or a lesson. In Bethany’s case, she met her new dog, and it is without a doubt a blessing.It was a normal day for Bethany and her dog Rogue. Rogue’s mom decided to take her out on a walk. Little did they know it will be the fortunate day they will get to meet the newest addition to their growing family.

While Bethany was walking her dog one day, she saw an adoption event going on nearby. That is when they spotted Beast. Beast definitely looks like Rogue, they are like two peas in a pod. Even Rogue might have noticed the resemblance for she approached Beast right away with utmost adoration and genuine interest glowing in her eyes. She went over Beast as if looking herself in the mirror. They really look alike — you can’t distinguish who is who if they seat beside each other. 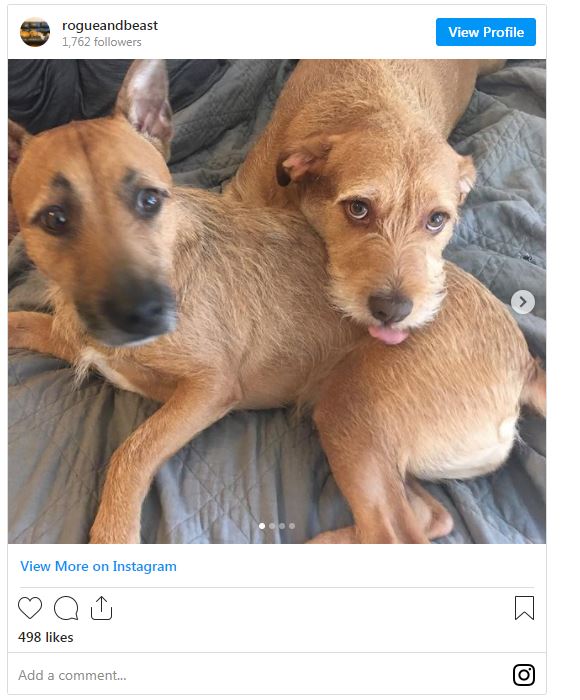 Bethany and her boyfriend had been considering acquiring a new dog lately. However, they weren’t actively looking at that time. That is why Bethany was just going to pass for the adoption event.

But Rogue won’t have any of it. She might have gotten a strong sense of connection with Beast at the first glance. Whether it was pure coincidence or not, it is surely a sign from the heavens. Beast is meant to be a part of their family, and a sibling to Rogue. 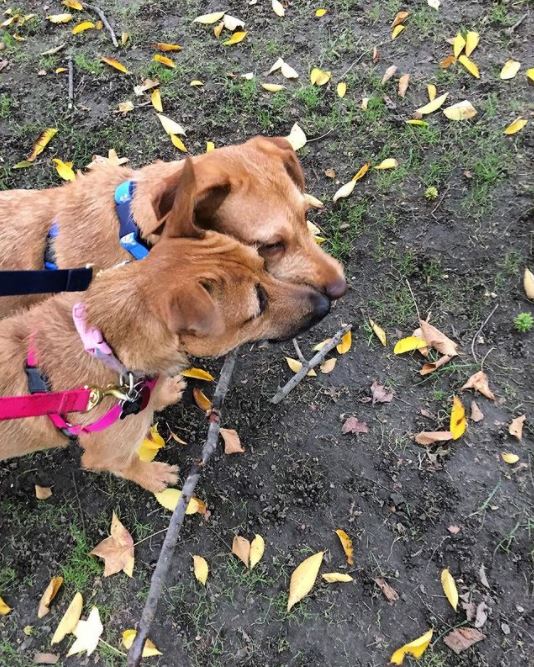 “What made me want to rescue Beast over the other dogs was that he looked just like Rogue. They are both Cairn terrier mixes, Rogue’s mom was a Labrador and Pitbull mix and her dad a Cairn and with Beast, we’re just not sure, it just has Cairn mix.”

No wonder Rogue felt a strong affinity with Beast right away. They were siblings from different mothers. At first, the two battled for who will be the leader of the pack, with Beast inserting more dominance over Rogue.

However as weeks went by, they met in the middle and decided to compromise. They are now enjoying the island life in Hawaii together with their parents. Rogue and Beast play on the beach a lot, chasing each other to determine who is faster, explore the world with their tails tangled in a knot. They do almost everything together just like real twins. These two doggos can’t be separated anymore. Bethany is a rescue mom. She is an active advocate of the movement “Adopt Don’t Shop.”

The credo “Adopt Don’t Shop” is a campaign slogan encouraging people to adopt dogs from shelters or rescue them on the streets instead of purchasing pooches from dog breeders or pet shops. This movement applies to cats as well.

This cause has been promoted due to the rising cases of euthanasia to animals all over the world. This is to lessen the number of pets being accommodated in shelters and give way to the new animals being rescued every day. So when one adopts a dog or a cat not only do they save that animal’s life, but they are also opening up space for another animal’s life to be saved.