Some people noticed that the terminally ill neighbor’s dog was being neglected and asked a couple of groomers to help out. There was so much dirt and feces blocking the door of the barn stall where Lazarus was kept, it had to be shoveled out of the way before they could do anything.

Trapped in filth and his overgrown coat, Lazarus was in desperate need of help.After finally being freed from the stall, the groomers started chopping off the excess fur–all 35 pounds of it.Lazarus was very hesitant at first but seemed to calm down as he realized it was making him feel better.

Without all of that weight holding him down, everything seemed new. Even walking… Being petted and feeling the love of a human’s touch was new to him, too. But he warmed up to the groomers with the help of some treats. 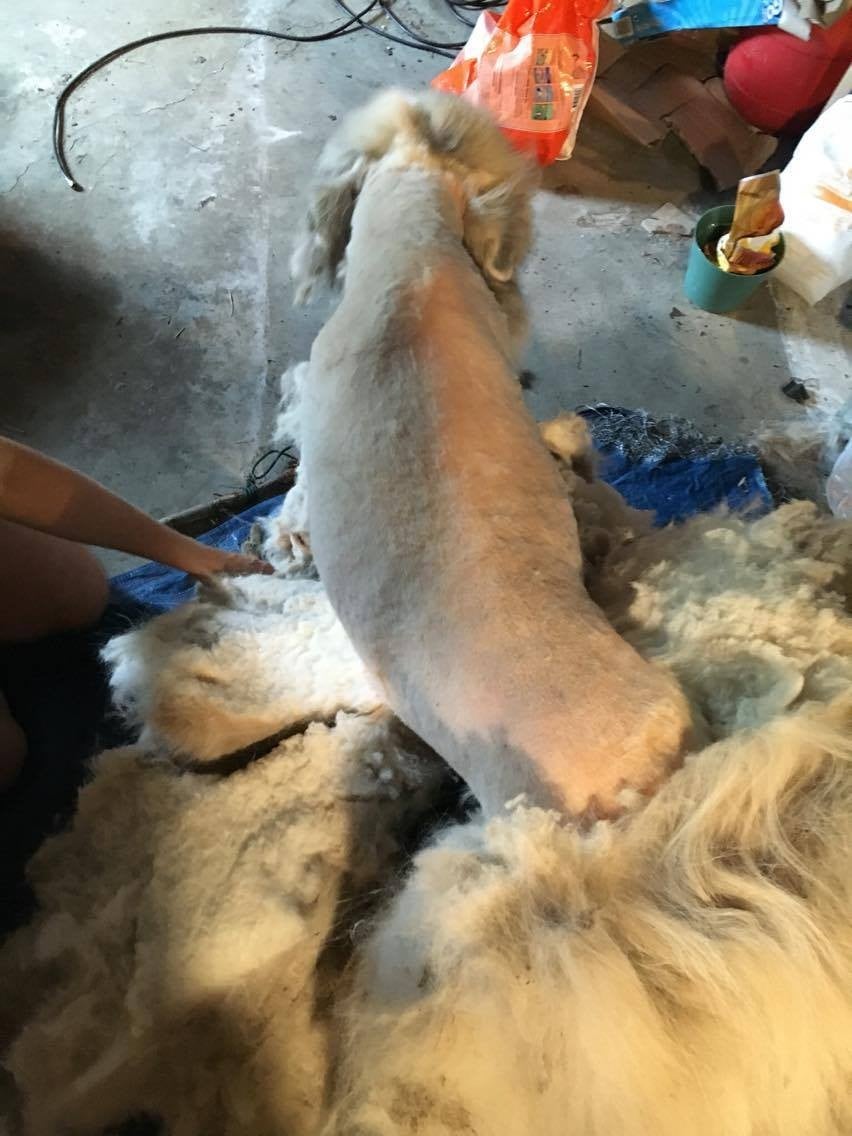 Lazarus was taken in by Big Fluffy Dog Rescue where he will be fostered until they feel he’s ready for a forever home. For now, he’s trying to become accustomed to his new life… 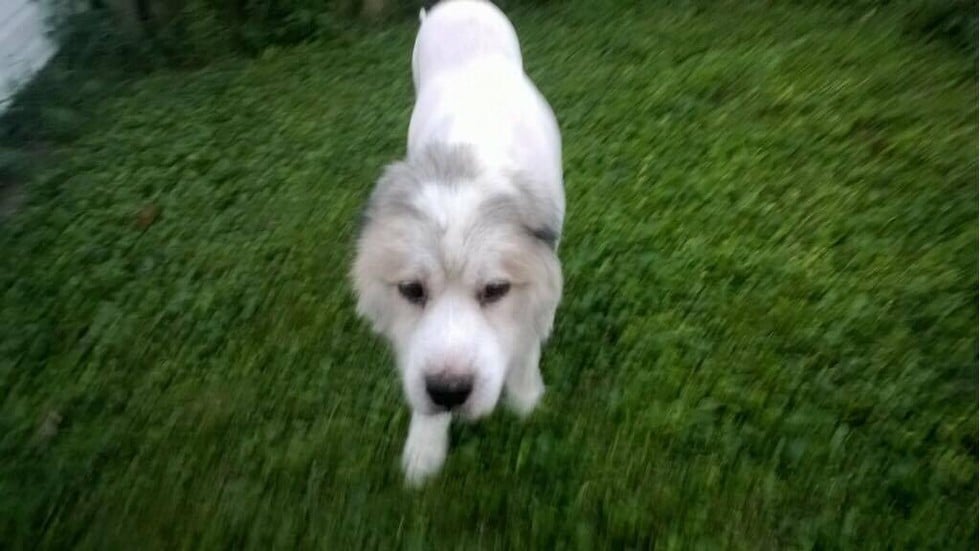 He was even hesitant when approaching a grilled steak but quickly realized it was a yummy treat.

Lazarus is the sweetest dog, he just needs time to learn the ins and outs of being treated like a normal dog. 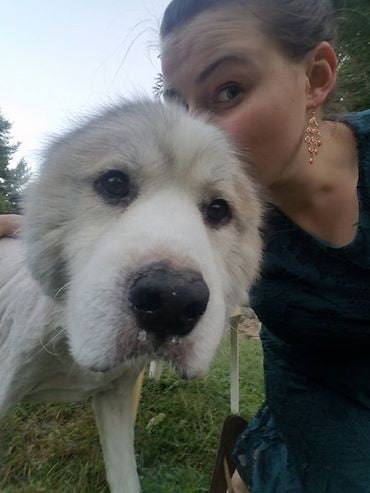 Big Fluffy Dog Rescue is pleased with the progress so far and can’t wait for the day he gets his permanent home. 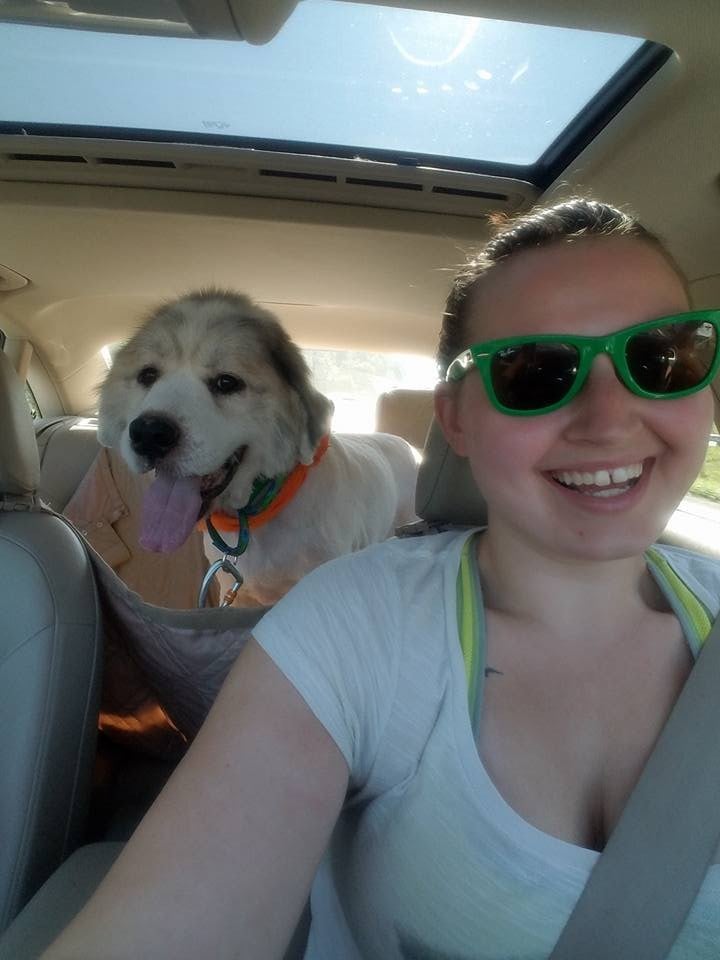 UPDATE: Lazarus has been adopted! All the best to this good boy going forward in life.