Puppies learn a lot from their environment. From a young age, they observe and play with their siblings and mom to learn how to interact with the world around them. As they mature, a lot of their behavior is a result of their observations and experiences in life.So it’s no surprise that this adorable pup, Mako, grew up to be an Olympic climber.

You see, Mako grew up observing two cats climb to great heights and began following their example.Mako watched his kitty friends climb onto the counter tops and the fridge and decided he could, too. He didn’t let the fact that he’s a dog hold him back. He soon began showing off his skills and following the cats on their adventures above the floor.

While some dogs will sneak onto the counter, most don’t climb on top of the fridge. But Mako does! This four footed wonder dog is definitely not afraid of heights and loves to look down on the world from his cool perch. 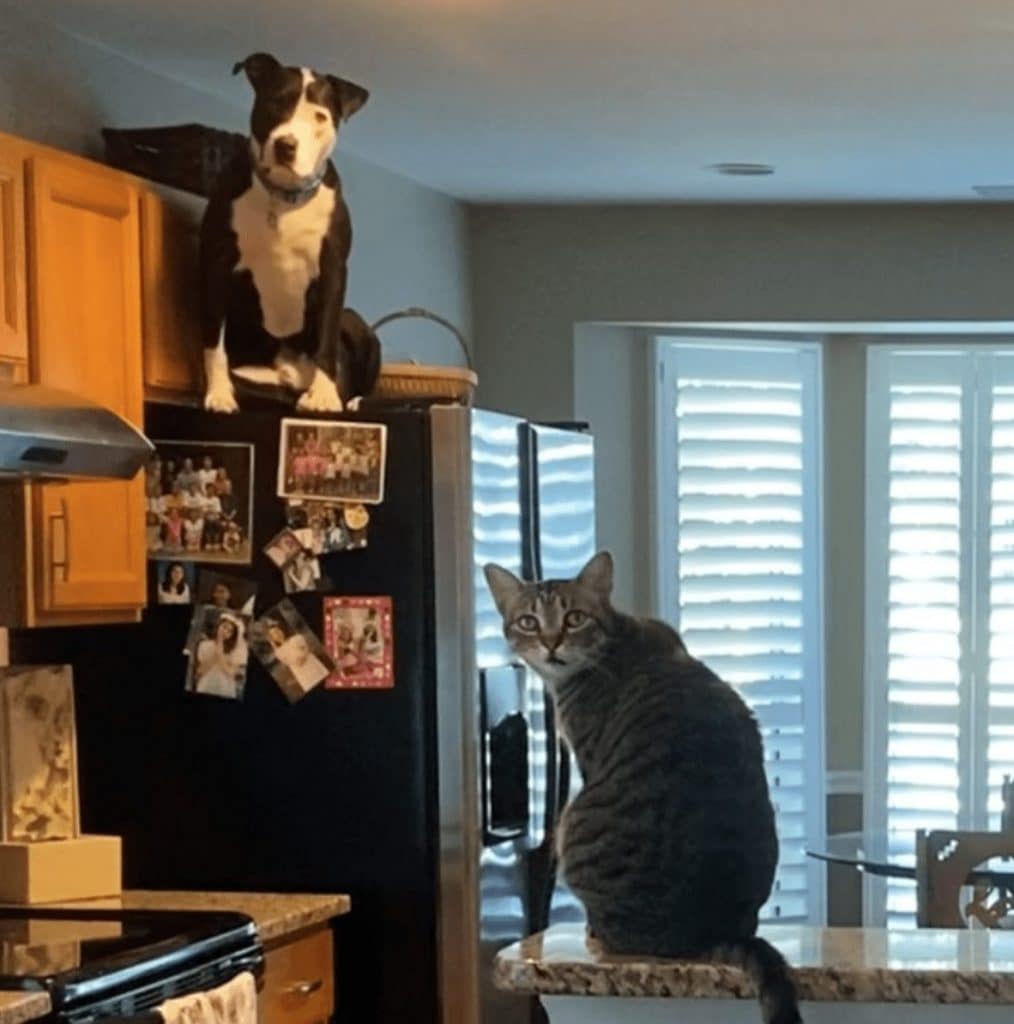 Makos’ owners, the Castillers described what it was like seeing Mako leap up on the fridge for the first time:
“When I actually saw him jump onto the fridge I didn’t realize in my mind that dogs can just gracefully jump like that.” 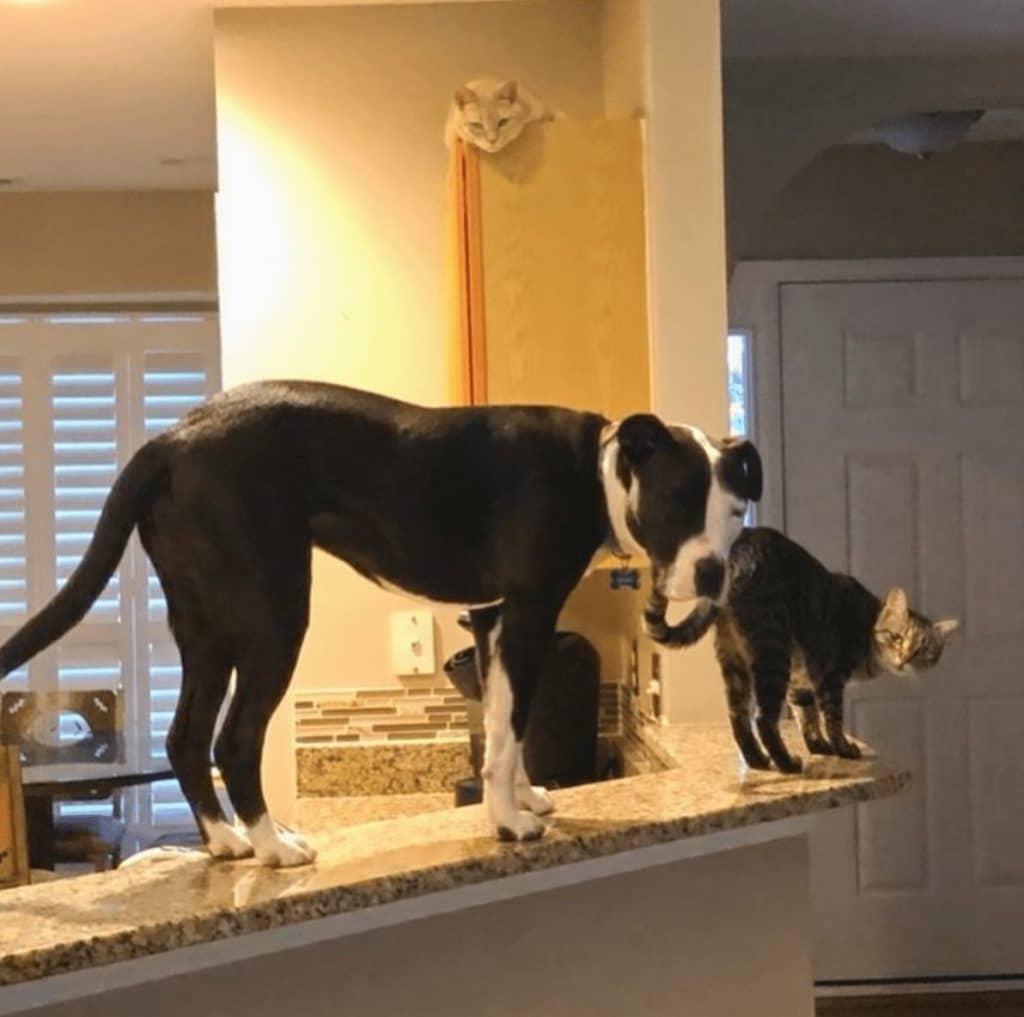 For those wondering how he gets up there. It’s simple. Mako gets up there by jumping from the floor to the counter and then up to the fridge. He also regularly jumps on top of tables and countertops.

“We got him from a rescue shelter. They told us he was good with cats, but they didn’t say anything about him acting like a cat!” 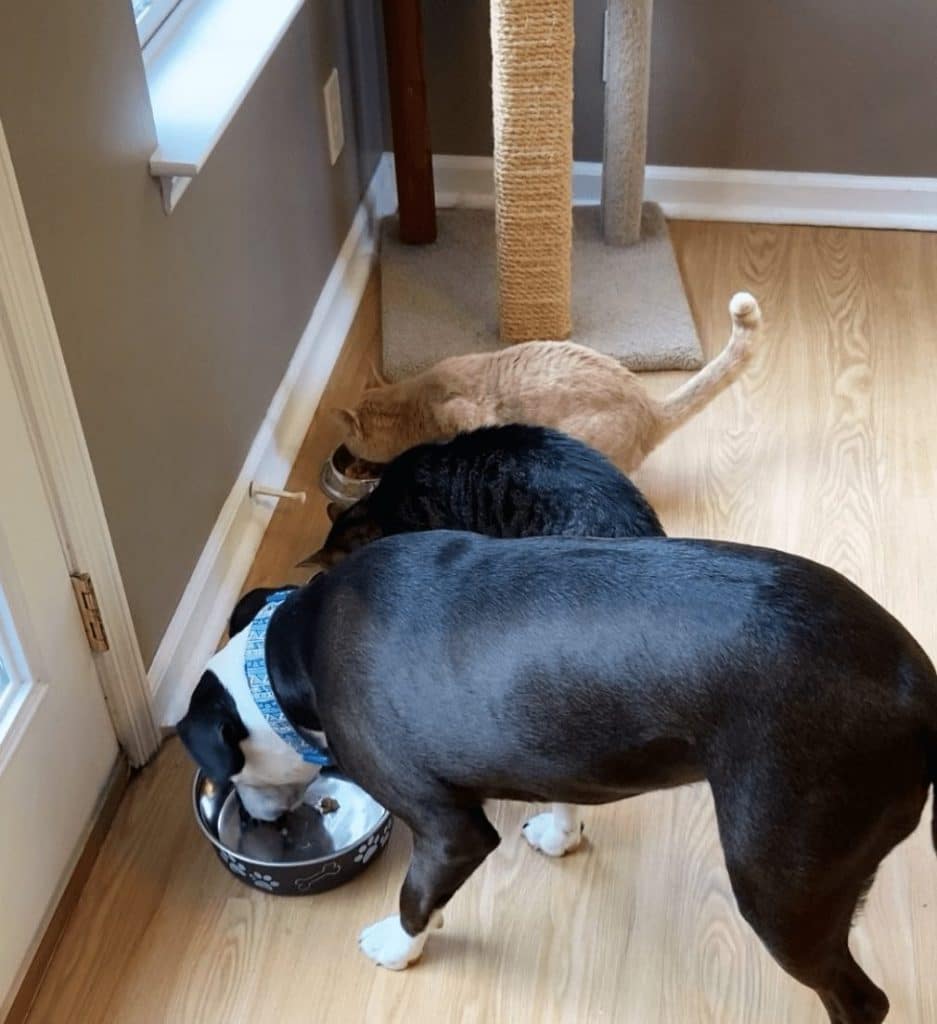 Mako likes to entertain his family by walking on unusual places. He loves spending time with his kitty friends and also likes their treats and toys so his family gets him the doggo sized versions. 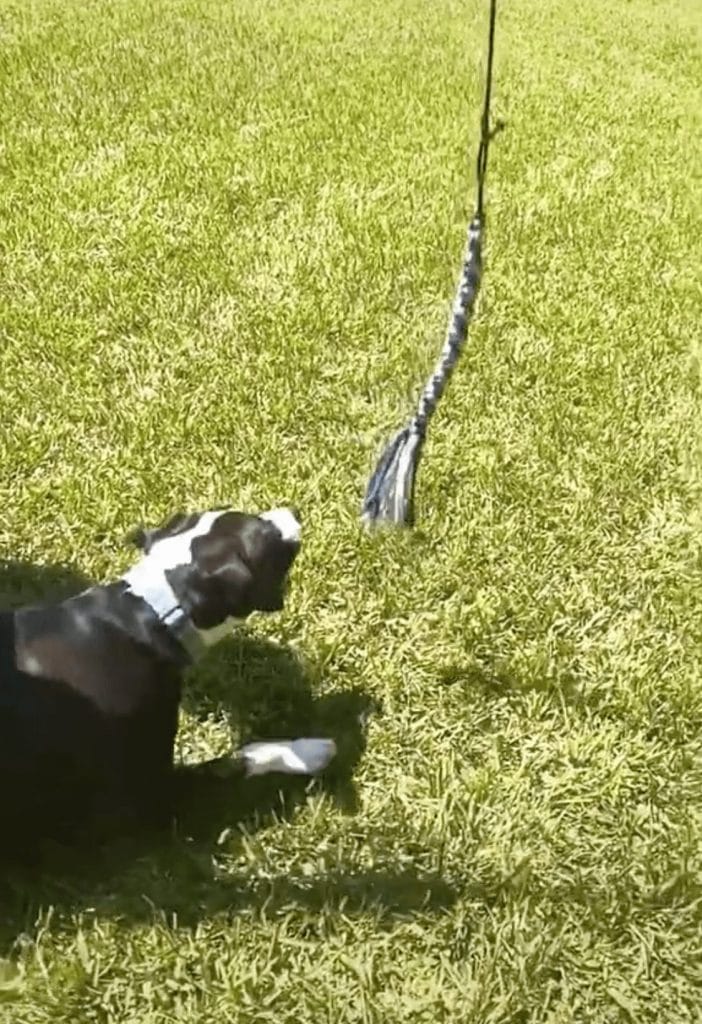 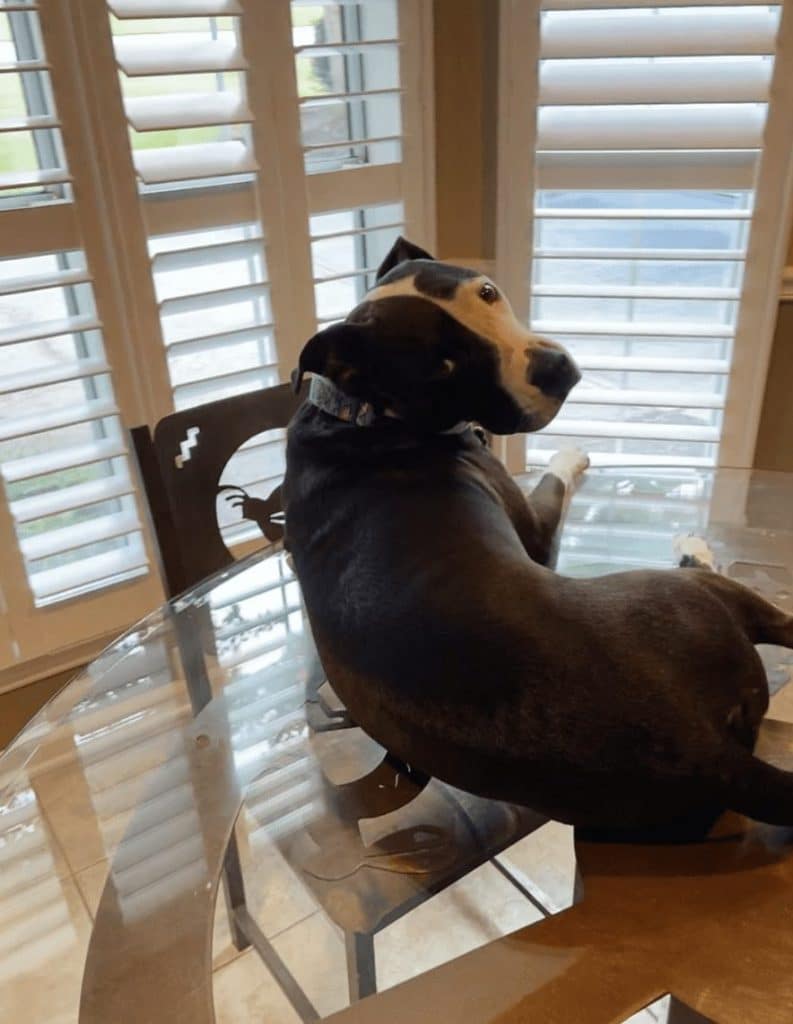