After a recent flooding in Texas, Austin Animal Services drove to the affected area to see if any dog parents needed assistance. WA2S Films rode along for this adventure to get this outreach mission on video. They weren’t sure exactly what to expect, but they sure didn’t plan on having a furry passenger join them. As they were driving, a dog hopped in the vehicle, making himself very comfortable. In fact, he was so comfortable that he refused to leave!

As they drove down the road, they saw a large brown dog emerge from under a car. The Austin Animal Services vehicle was parked nearby, and the dog approached it without hesitation. He had a red collar on, so he didn’t seem to be a stray. Instead, he was just a curious dog looking to join in on the adventure.Once he realized that the humans inside the car were friendly, he put his paws on the edge of the open passenger door.

The woman behind the camera zoomed in on him and began laughing at how upfront he was. His tail began wagging rapidly. Then, he finally made his way onto the passenger seat. He was clearly convinced that he was supposed to be there. 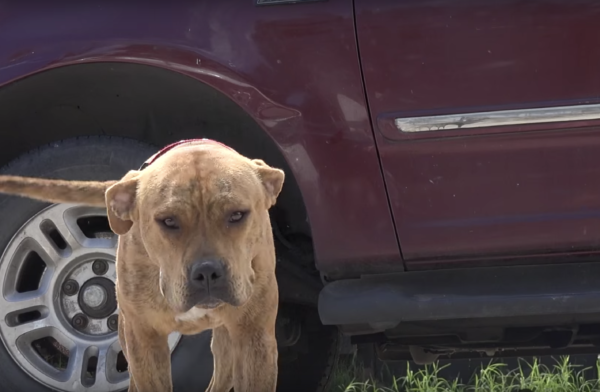 After hanging out in the front of the car for a while, he slowly climbed into the back seat. He relaxed there for a while, making himself comfortable. He refused to leave the vehicle.

After a while, April Moore from Austin Animal Services used treats to lead him out of the car and to his mom. His mom lived nearby, and she was very grateful that her dog had returned. Moore handed her some dog supplies including a leash and treats. In response, the woman thanked Moore. When Moore returned to the car, the woman filming asked her about the woman she interacted with. Moore explained that she’s worked with that woman before when she was cited for having her Chihuahuas loose a few years ago. However, this woman, like many others, is actually very grateful for

“She doesn’t have electricity here. I don’t know that she has water. Her son has an injury that prevents him from working,” explained Moore. “They’re certainly willing to comply, they just, you know, have barriers.” 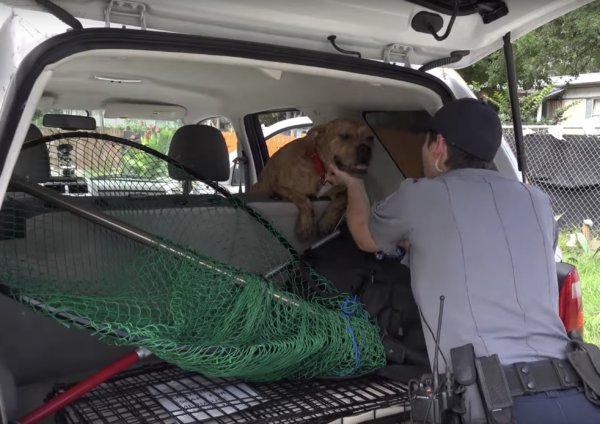 Austin Animal Services is very understanding for families going through difficult times. Moore said that she would send some officers to come by to help with fencing, vaccinations, and spaying and neutering for the dogs. They always want to do as much as they can to help these people and of course, their dogs.

“When we are in these communities with animal protection officers and outreach workers, generally people are really happy to see them,” said Kristen Auerbach with Austin Animal Services. 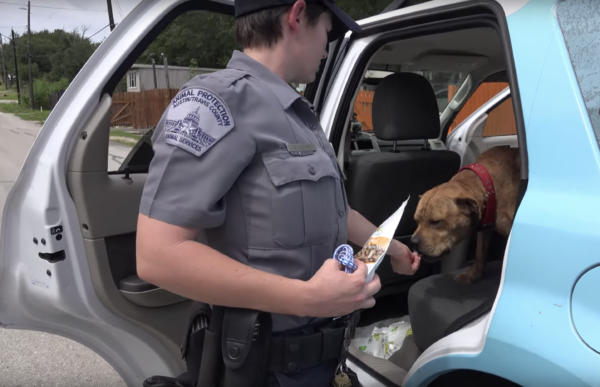 “Over the years, the communities have learned that the officers and outreach workers are there to help and provide resources. So, they’re not afraid when they see us. They actually come out and greet us.”

These workers do amazing things to help dogs and their families. Not only do the dog parents know this, but the dogs do as well, especially the dog that hopped into the car. That dog could tell that those were great people, and he wanted to be as close to them as possible. Plus, he was able to get a good laugh out of everyone as well.