Six-year-old Bowie is an adorable pit bull who was born at and adopted from St. Louis’ Gateway Pet Guardians shelter in 2014.Sadly for the pup, he was returned to the shelter a few years later. And there he languished for months with no offers to give him a real forever home.

Eventually, the shelter sent him home with a foster so he could at least re-learn to live as a pet.Still, there were no offers to adopt him after two-and-a-half years.There’s no reason not to want Bowie – he’s a very good boy. The only catches are that he needs to be the only pet in the home and he’s afraid of children.

Other than that, he’s just one of those dogs that tend to get overlooked.

“He’s a great dog who is very well trained and just needs someone to give him a chance,” Gateway Pet Guardians’ placement manager Brittany Fleming told WKYC News. 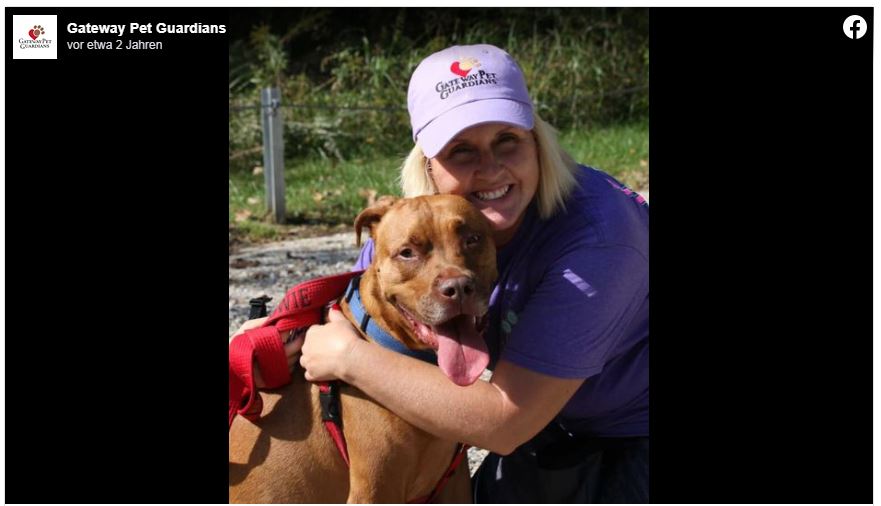 A “friend” of the pup’s even agreed to sponsor his adoption fee. Still, no takers.

Finally, the shelter decided Bowie needed his own PR campaign.
“We need help from the public to help find this guy a home, Fleming told KMOV. “Whoever adopts Bowie is going to inherit a bunch of new friends because he has quite the fan club rooting for him.” 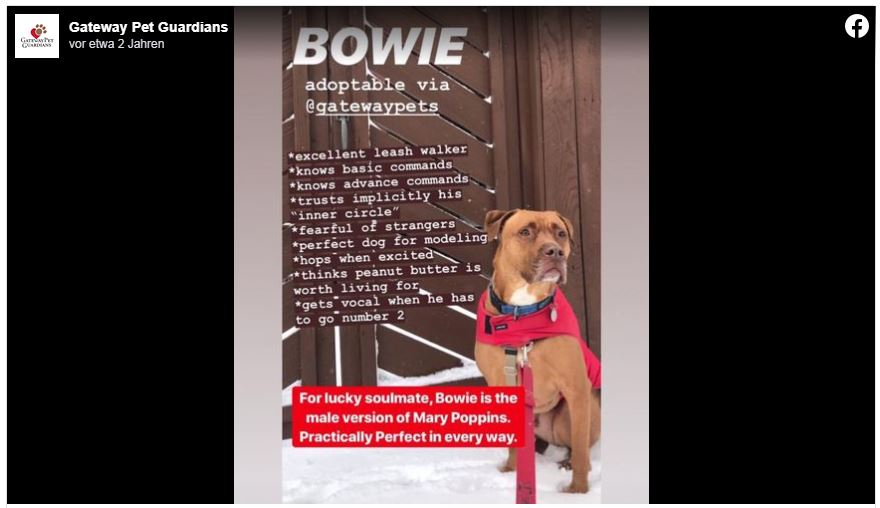 Once Bowie’s story tugged at the heartstrings of the shelter’s social media followers, he was swimming in applications!

The shelter had to sort through 40 offers to adopt Bowie to find him the perfect home. 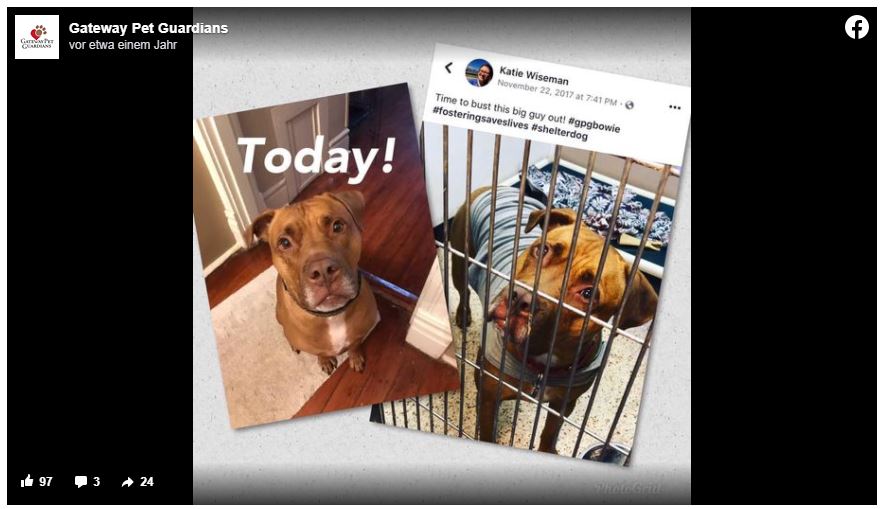 A few weeks ago, the shelter asked a woman named Briana to come in and meet Bowie with the hopes that they would be a good match. The social worker doesn’t have children or pets and her roommate is a dog trainer!

“We thought it was a perfect fit for a sensitive guy like Bowie that sometimes just needs a little extra time to warm up to strangers,” the rescue told 5 On Your Side.

Bowie went to his new home at the end of August and it’s as if he knew he was finally getting his family. Husky Takes Offense To Mom Accusing Him Of Taking A Shoe, Then Goes And Gets It