Some dogs are fascinated by things on the TV while others don’t recognize it at all. For Bronn the Labradoodle, the TV is exciting, especially when he’s on it. A few days ago, Bronn’s mom, Angela Labat, took a cute video of him playing with his human baby brother named Liam.

WWL-TV thought the video was so cute that they decided to air it on their news channel. They expected it to warm the hearts of all the people watching, but they didn’t realize how much Bronn would appreciate it too.In the original video, Labat captured a heartwarming moment between Bronn and Liam. Liam is crawling on the floor right next to the giant dog. Bronn seems to think Liam’s stance means he wants to play, so the Labradoodle happily bounces around the tiny human.

He occasionally stops to lick his brother or bark at him. The poor pup is probably wondering why the small child isn’t playing in return. 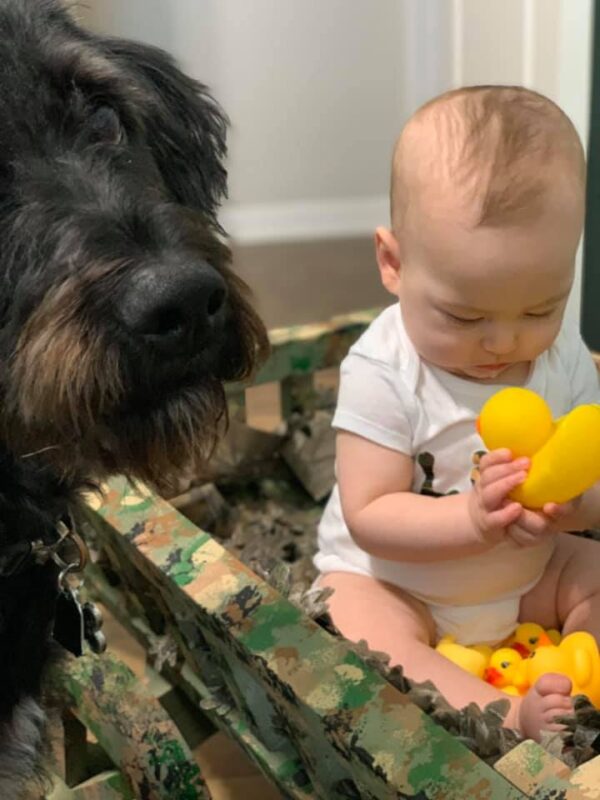 Throughout the entire exchange, Liam laughs like crazy. He clearly loves Bronn’s silly attitude. His adorable laugh only makes Bronn want to play even more, so it’s an endless cycle of Bronn jumping and Liam laughing. The video goes on for about a minute and a half. It’s clear that the two of them adore each other, and it’s been that way for Liam’s whole life.

WWL-TV decided that this adorable video was the perfect way to bring joy during this confusing time. So, they shared it online and on the news. However, they had no idea that a follow-up video would be even cuter.

After the first video aired on TV, Labat’s family gathered around to watch. They were so excited to see Bronn and Liam’s first moment in the spotlight. When the video finally came on, they were thrilled. But no one was more excited than Bronn. 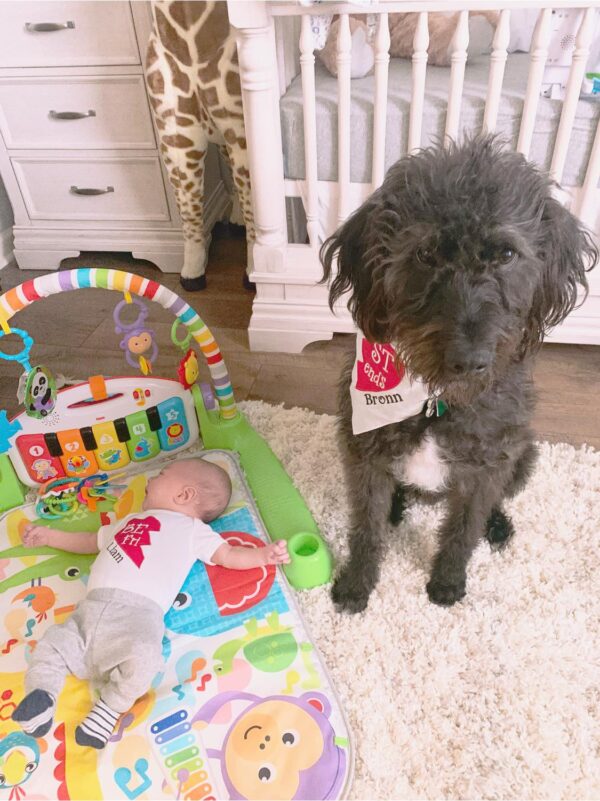 When Bronn’s video came on, he bolted toward the TV to get a better look. Sure enough, that was him on the screen! He couldn’t believe his eyes. As soon as he recognized himself, he began jumping up and down to celebrate.

For the entire time that the video was on the TV, Bronn continued bouncing up and down. He kept barking as he jumped as if to say, ‘Hey, look! That’s me!’. Then, when the video came to an end and Bronn was no longer being shown, he settled down and went back to his normal routine. Clearly, the pup’s dream was to be a famous actor and now his goals had been achieved.

Of course, the news channel couldn’t deny that the second video was even better than the first. So, they aired Bronn on TV yet again to show his adorable reaction to his TV premier. These two videos are the perfect distractions from the ongoing coronavirus pandemic, and Bronn definitely agrees!