Woody the five-year-old Great Pyrenees was found on the streets of North Carolina as a stray and placed in a local shelter. The sweet boy had nothing but the concrete walls to stare at and was scheduled for euthanasia after a veterinary exam revealed he was suffering from mange, heartworm, and other problems that would require expensive medical care.

But LaMancha Animal Rescue heard about Woody and his situation and got him out just in time. The only problem was that the rescue was located hundreds of miles away in Unionville, Pennsylvania.That’s when Army veteran and network engineer Paul Steklenski stepped in with a plan and a plane.

As the founder of Flying Fur Animal Rescue, Paul has flown over 1,000 animals in need from overcrowded shelters in North Carolina to rescues in the Northeast. He was inspired to start the nonprofit after adopting his dog, Tessa. 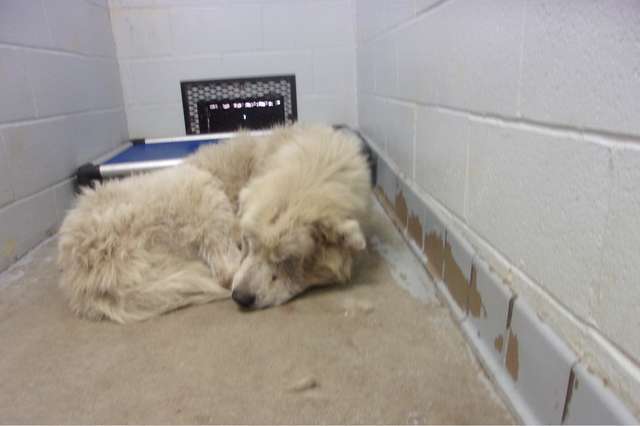 Paul arrived at the airport and started figuring out how to place the crates for Woody and four other dogs in order to maintain the aircraft’s balance. Woody, being 84 pounds, made it a little more complicated to evenly distribute the weight this time.

Woody was made a comfortable spot between the crates and the wall, and he seemed happy enough there. But then the plane left the ground, and that’s when Woody left his spot. He was no longer content as a sight-seeing passenger and wanted to be up front with Paul! The dog popped up over the seat and couldn’t stop smiling.

Woody wanted nothing more than to make friends with his rescuer and the cameraman in the plane. 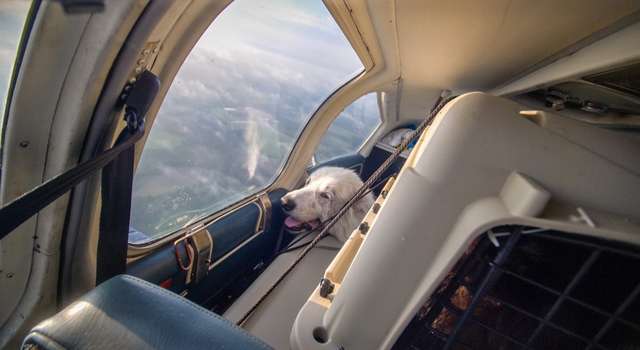 “It was great, he just wanted to be around us, and that blows me away,” Paul told The Dodo. “Here’s this dog, he has all these problems, but he doesn’t care, he just wants to be next to another being.” Woody didn’t have a care in the world as he enjoyed his freedom flight. The dog’s happy demeanor even helped Paul remain positive while flying through some difficult weather conditions on the way to their stop in Pennsylvania. 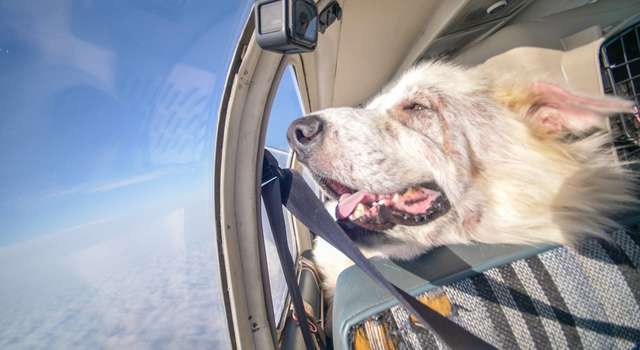 Woody became so comfortable and content, he even went down for a small nap with his paws on the chair and nose-to-nose with Paul.

After a week at LaMancha Animal Rescue, Woody’s fur is all white and fluffy! He’s gaining weight while on a special diet and antibiotics and loving life running around the rescue’s farmland. He even got to snuggle up on his first real couch.

Paul will visit Woody soon to see how far the dog has come. He knows that once Woody is healthy again, he’ll make some family the perfect pet.

“We don’t deserve dogs, they’re just the best,” Paul added. “I don’t know how else to say it really.” Pup Is All Smiles After Getting Matching Chair With Mom Stray Kitten Walks Toward The Pool, But Family Dog Gently Saves Her