Mika the dog loves his toys and never lets them out of his sight. He’s a herding dog and protects his toy flock, never harming them.He likes to play with his toys but he never rips them up or destroys them as other dogs do. As such, some of his toys have been around for years and have gotten very dirty.

His mom, Vanessa Dembowiak, decided the time had come that his toys needed to be washed but Mika was not about to part with them so she had to come up with a plan to get the toys away.One day when Mika was out on a walk, she quickly gathered them up and gave them a good washing then she hung them up on the clothesline to dry.

Well, out of site was not out of mind for Mika because as soon as he returned home, he discovered his toys hanging up on the clothesline. He quickly parked himself under the toys and fixed mom with a look that seemed to say, “how could you?” 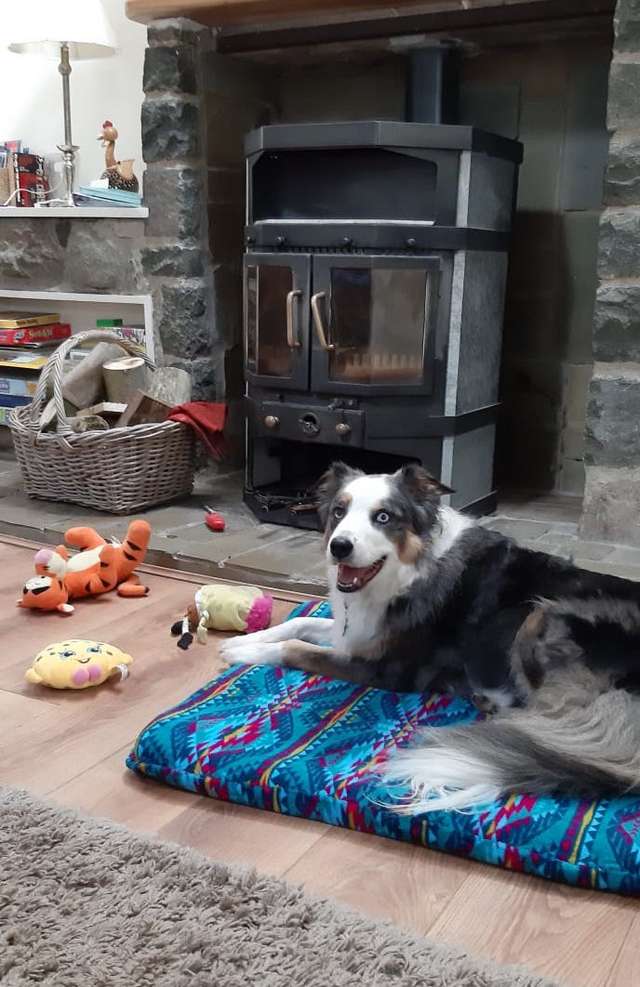 Vanessa tried to get Mika to come inside while his toys dried but he was having none of it. Determined to guard his toys as they dried was his mission and he was not budging from it.

The adorably, loyal pooch was not too happy about the situation and sat and stared with a determined expression on his face. This pup was clearly annoyed and staying until the end. 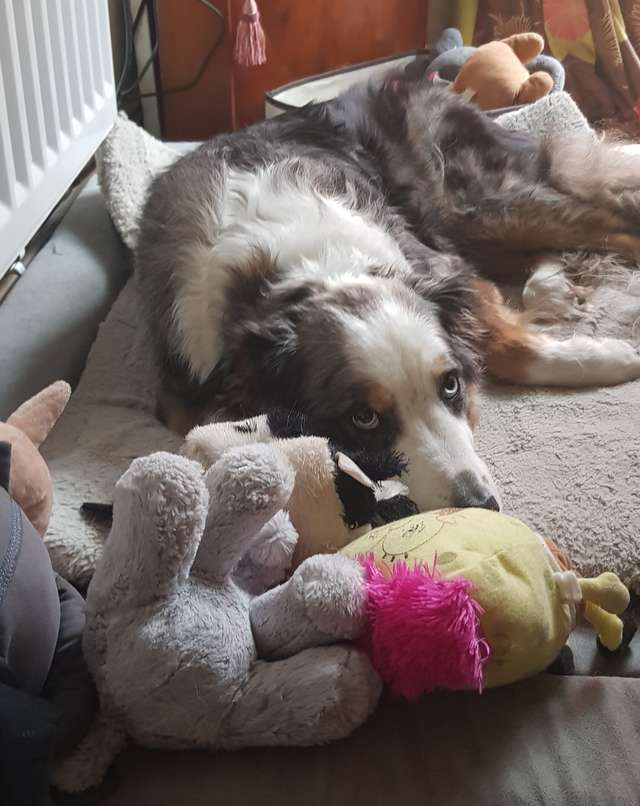 His mom shared his cute picture on Reddit with the caption:

“My mum washed all the dog toys. And now he won’t come in the house without them.”

We really can’t blame Mika for wanting his toys back. After all, his mom has gotten him a lot of super cute stuffies that we’re sure he gathered up as soon as they were dry. 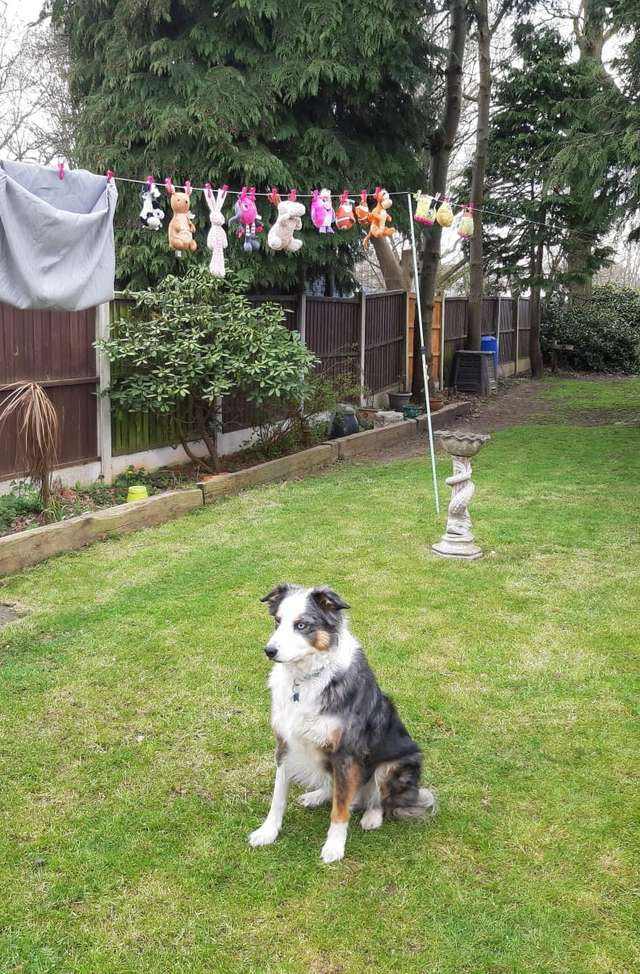