Leia isn’t an overly cuddly pup. The sweet German Shepherd prefers to show her love in other ways, like constantly staying close to the people she loves and keeping an eye on them.She’s incredibly loyal, and recently, she proved this in the most beautiful and heartbreaking way.

When her dad – or granddad, rather – had to stay at the hospital overnight, she demonstrated just how much she loved and missed him.Earlier this year, Leia’s mom, Katie Snyder, sent Leia to her parents for a little vacation.Leia quickly fell in love with Snyders’s mom and dad, but since she’s not excessively cuddly, nobody realized just how deep her connection to Snyder’s dad ran.

However, one night, Snyder’s dad experienced some unexpected medical issues and had to go to the hospital.

Snyder’s parents had been out celebrating their 40th anniversary when Snyder’s dad suddenly had to leave for the hospital, and Snyder’s mother found herself having to return to their home alone. 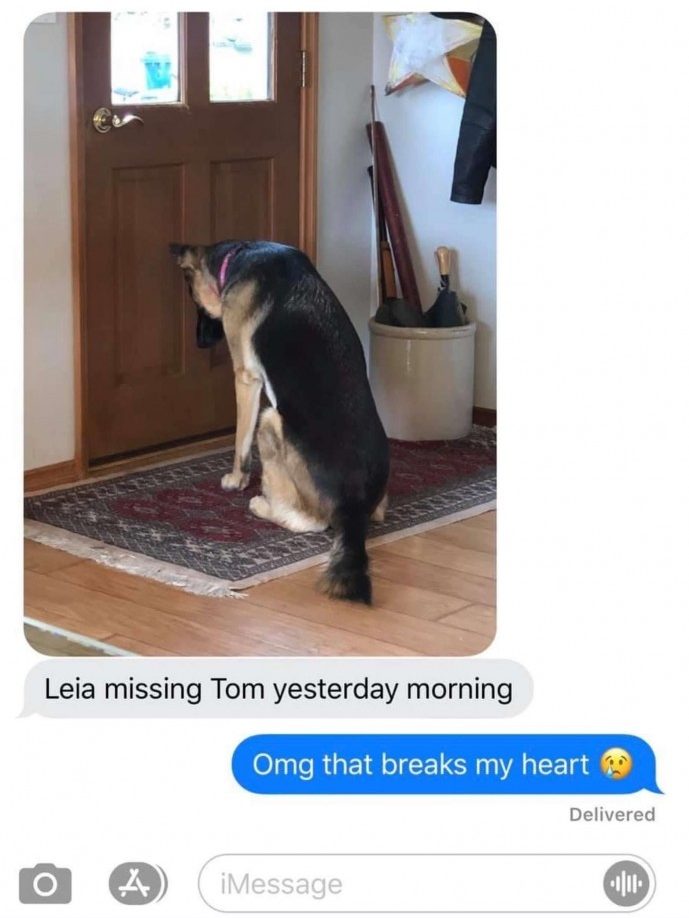 Due to the current situation she wasn’t allowed to stay with her husband in the hospital, but at least she had Leia at home to keep her company.

But when Leia realized that Snyder’s dad wasn’t coming home, she grew deeply upset and showed just how much she’d grown to love him.

The heartbroken pup sat by the door with her head hanging low and waited for her daddy to come home.

She missed him so much and just wanted him to come back to her. 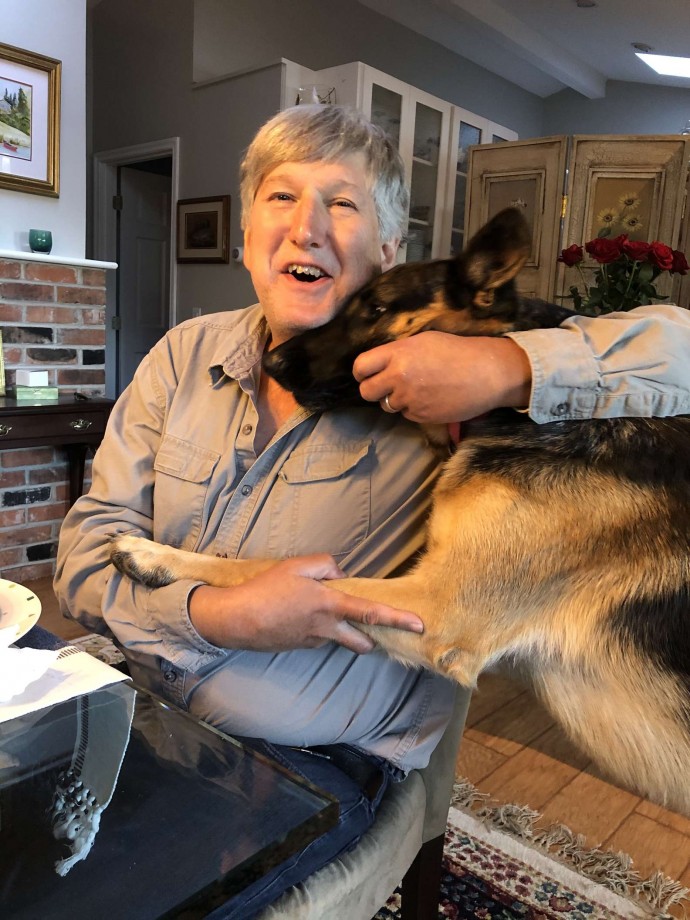 Seeing how much Leia had grown to love Snyder’s dad, Snyder decided that Leia’s little “vacation” would become permanent.

It was clear that for Leia, he was now her dad too.

The next day, Snyder’s dad returned home and Leia was overjoyed. The sweet pup was so relieved and happy to have her favourite person back. 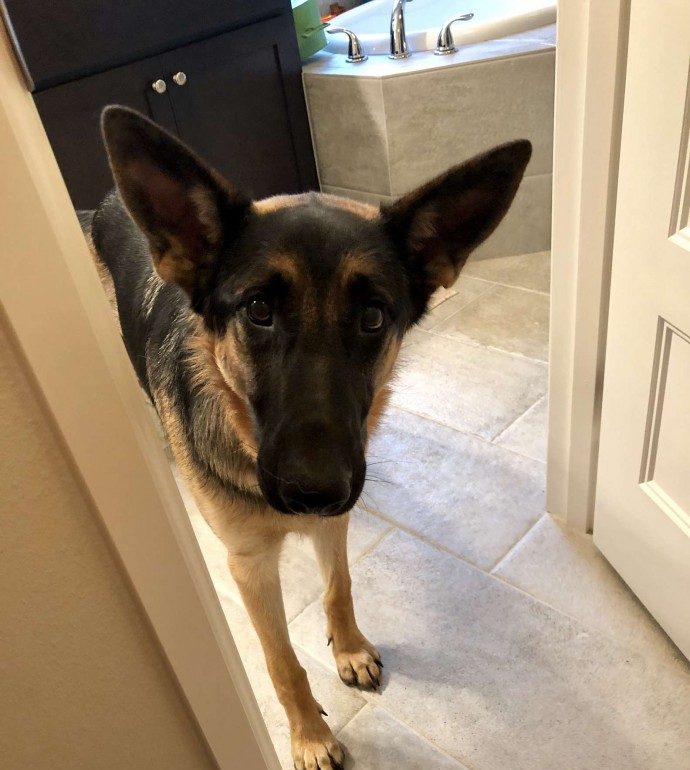 “He is her human now,” Snyder said in an interview with The Dodo.

Now, Leia is thrilled to get to spend the rest of her days with her new dad, and it’s more than clear that the two of them were always meant to be together. 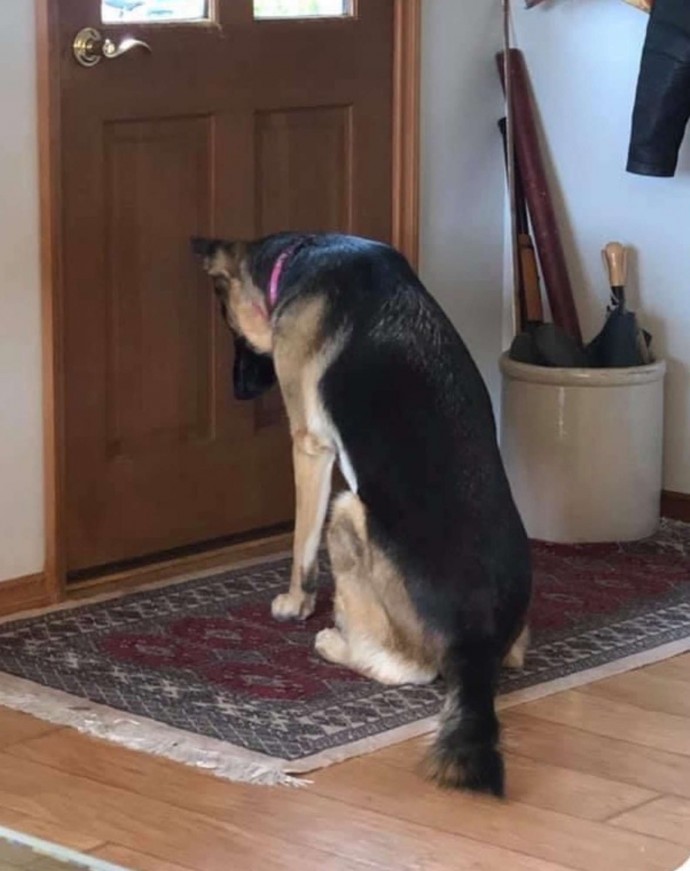 Dogs are truly the embodiment of love and loyalty. 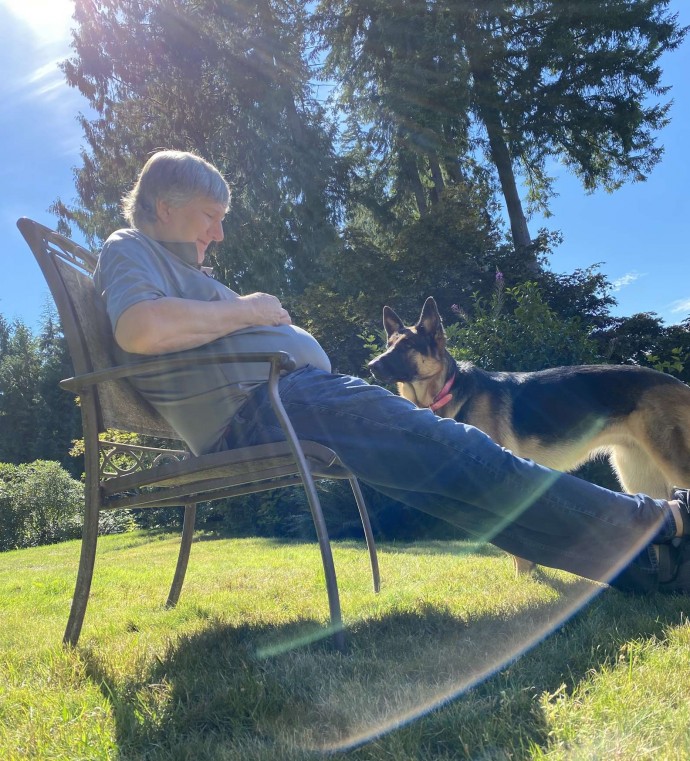 Meet ‘Dogtor’ Loki, The Therapy Rottweiler Who Is Delivering Thousands Of Healing Kits To Nurses On The Frontlines Cops Rescue 500 Puppies From A Puppy Mill, One Year Later, They Reunite