A kind-hearted pup named Hiro has saved the life of a baby parrot in a beautiful show of compassion and determination.The pup was hanging around in the backyard of the house he shares with his pet mom, Viviana Davila, when he found a little baby bird in need of help.A baby Quaker parrot was lying on the ground, and it was clear to Hiro that something was terribly wrong with the little bird.

“I noticed Hiro licking something on the grass. Hiro licked this thing and looked at me, and insisted again by licking it and looking at me,” Davila explained to The Dodo. 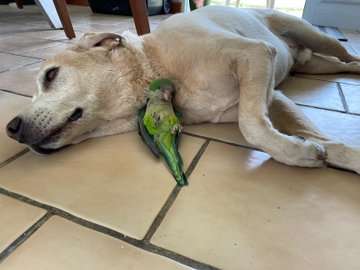 She realized that he wanted to show her something, and when she walked over, she spotted the poor little bird.

Davila carefully picked the bird off the ground and contacted a veterinarian.

The veterinarian revealed that the Quaker parrot was paraplegic, and stated that usually, he would recommend that the bird be put to sleep. 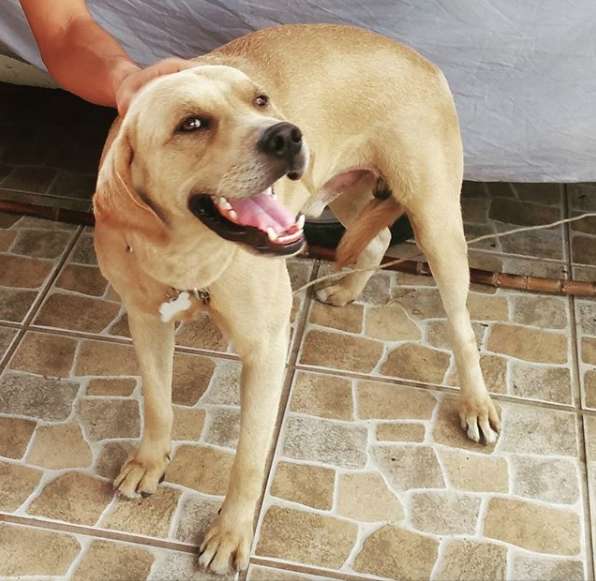 But the little bird had other plans. She had an impressive drive and a noticeably strong will to live.

It was evident to both Davila and the vet that the little bird was a fighter, and so Davila decided to help the bird thrive.

In honour of her strong spirit, Davila named the parrot “Hope” and with some helpful instructions from the vet, Davila has been working hard to make Hope as happy and comfortable as possible. 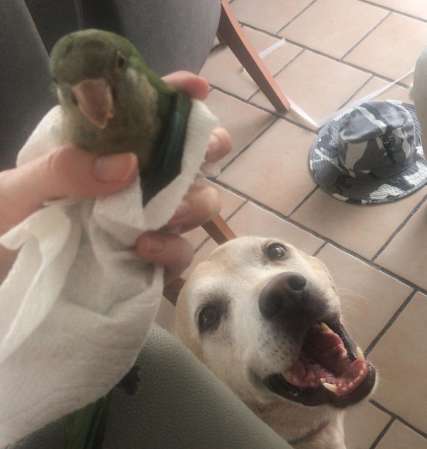 Hope is loving her new life and is getting stronger and healthier with each passing day. And she’s grown very fond of her hero; Hiro.

Hiro and Hope have become inseparable. Hiro is determined to give the little bird as much love and care as possible, and Hope is more than happy to receive it. 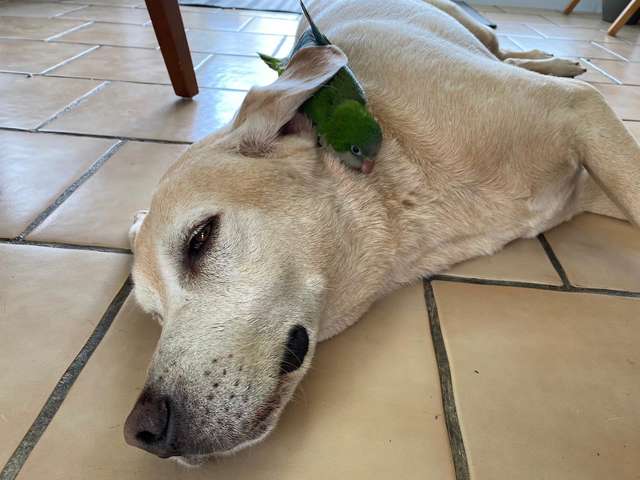 Hiro saved this little birds life, and now she’s returning the favour by filling his life with love, gratitude and affection.

With Hiro by her side, this little bird’s future is bright and filled with hope. 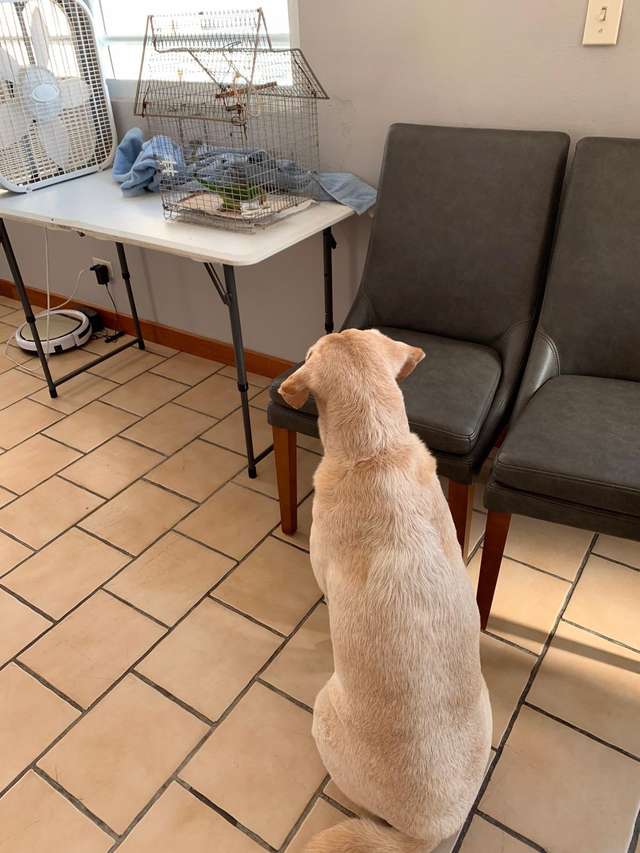