Dogs are great companions, not only are they fiercely loyal, they are also very sweet and affectionate; they are social animals that just want to bond, be accepted, and be loved.This sweet pup, named Hiro, has always been a very good boy, but recently he proved yet again just how very good he really is.One day, Hiro and his owner, Viviana Davila, were relaxing in their backyard in Puerto Rico when they spotted something on the ground near the fence line. Hiro got up and took a closer look.

He’d found something, or even, someone and wanted his human momma to know.
“I noticed Hiro licking something on the grass. Hiro licked this thing and looked at me, and insisted again by licking it and looking at me,” said Davila. “That gave me the signal that there was something going on and I approached Hiro.”

“She was very defenceless and helpless.” Davila had realized Hiro had found a baby bird in need of help. “I instantly looked for a towel and picked her up,” Davila said.
Image result for Dog Saves Baby Bird And Decides To Be Her Big Brother
Hiro had saved her life. But he would go on to do more than that.
A visit to the vet revealed that the bird, a baby Quaker parrot, was paraplegic, due to having fallen from her nest.

This meant her chances of survival in the wild were basically nil, and that she likely wouldn’t have survived had Hiro not found her in time.
Quite fittingly, Davilla named the bird Hope, due to her being a fighter despite the bad situation. “The vet told us that on similar cases he recommends clients to put them to sleep,” she said. 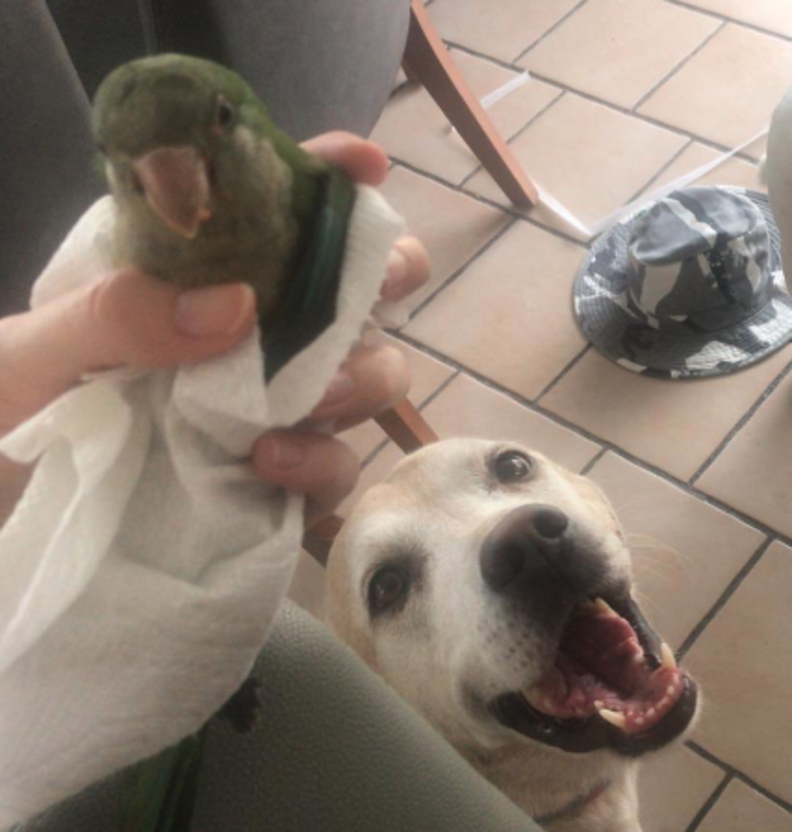 “He was surprised to see how Hope was striving to live.”

Davila the human momma decided to welcome Hope into her family and to care for her to the best of her ability.
After getting instructions from the vet, she’s been feeding the bird regularly and has been doing her best keep her cozy and comfortable.

“It has been a week and a half and she is doing far better,” Davila said. “Hiro has been part of that effort. Since day one he has not left her side.” As Hope has settled into her new home, she is getting stronger every day, Hiro has also worked to ensure her heart heals as well.
“Nothing matters anymore for him because he has a new purpose: taking care of Hope,” Davila said.

Nowadays, wherever Hope goes, Hiro’s there, too.
And with that, a beautiful friendship between bird and dog has blossomed. 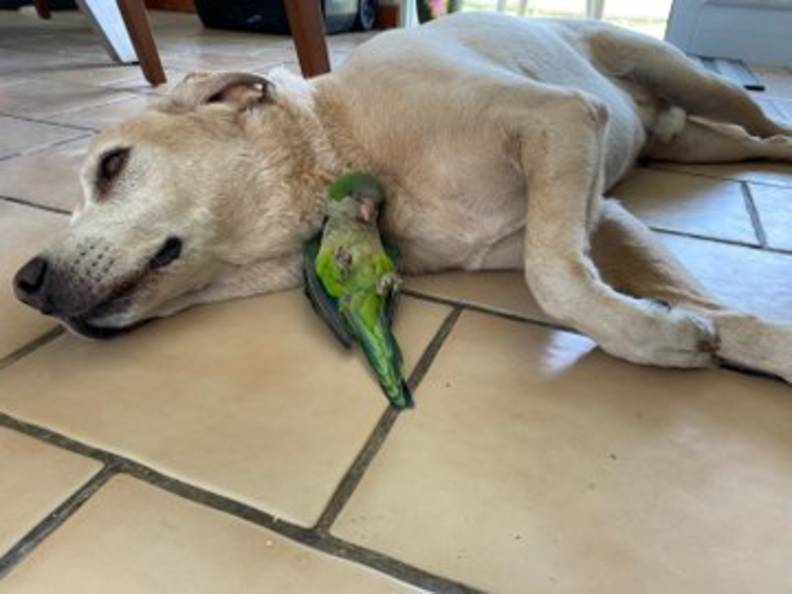 “Having Hope and taking care of her so far has been a really great experience,” Davila said. “She teaches us each day about perseverance, and Hiro about empathy and being a kind living creature and friend.”

Thanks to Hiro, Hope not only lived but also has a loving place to call home.

With some luck, Hope will continue to thrive with Hiro by her side.

“We feel honored to have Hiro,” Davila said. “Although he has always been a really good boy, we are super proud of his development and feel happy to have embraced his honorable soul.” 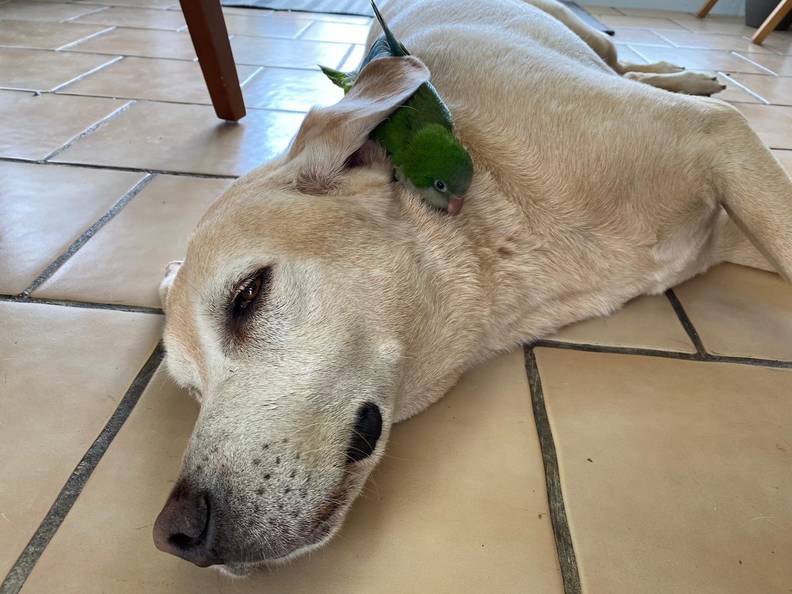