Have you ever gazed up at the sky, looked at the clouds and tried to make shapes out of it? While it is a fun way to pass the time, there are those rare occasions when the clouds bear an uncanny resemblance to a real person or animal.It’s these rare images we see in the clouds that leave people wondering if there are angels in our skies in the form of clouds.

One photo of the clouds reveals a shape that looks so strikingly much like a dog that it has gone viral.
The photo was taken on a palm tree-lined street in a tropical coastal town as the sun was slowly dipping past the horizon.As the red and golden hues of light saturated the sky, an image of a dog sitting in the clouds appeared.

The unmistakable image of a doggo has left viewers in awe at the uncanny resemblance. Not only that, but it has sparked a lot of conversation about how angels take their form.

When we lose a person, it is a common belief that loved ones move on into a different dimension. That they are now angels, limitless in their ability to watch over those they’ve left behind.

Our dogs are our family, after all.
So if we believe that our human family members go to heaven, then why not our dog family members too? If a dog “crossed the rainbow bridge” then it is waiting for its human companion before joining them in the afterlife.

Anyone that has a special bond with a dog can tell you that they have souls just as much as people do. When we lose our beloved furbabies, it’s comforting to believe that their souls will live on into eternity and that, someday, we might see them again.

So, when clouds appear in the sky shaped like a dog it makes perfect sense to believe there’s a doggy angel among us.

This actually isn’t the first time a ‘dog angel’ has appeared in the form of a cloud.
Many people have captured pictures of this dog-cloud phenomenon. There are also many people who tell of uncanny experiences they’ve had shortly after losing a loved one. 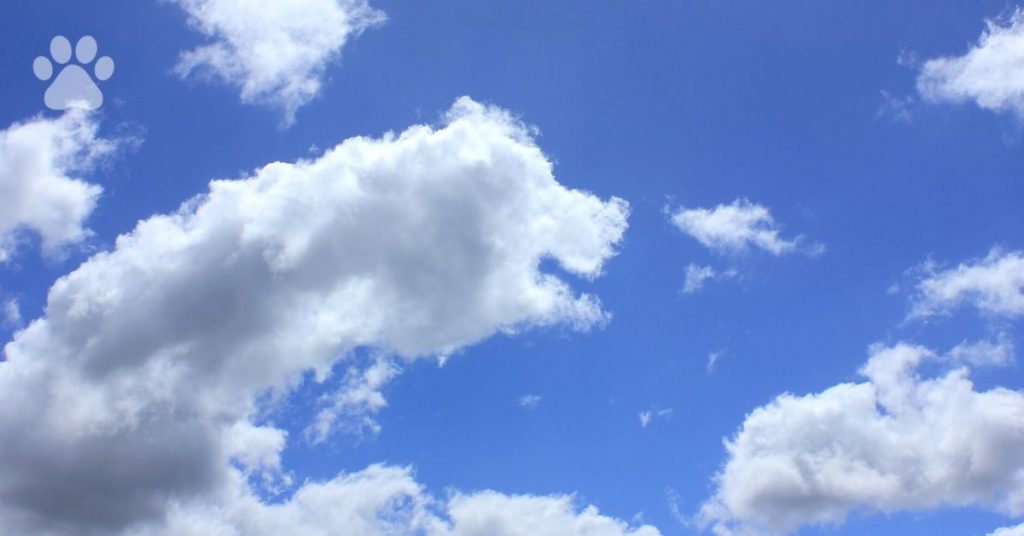 This phenomenon seems to occur too often for it to be passed over as a coincedence
A quick google image search will show countless people who have seen dog-shaped clouds, many after having lost one themselves. The most intriguing thing is that not one of them looks like the other. All are as unique as their Earth-bound counterparts.

With proof like that, we can see why it’s so easy to believe that all dogs really do go to Heaven. If that’s the case, then death should hold no fear.