Crosby the Golden Retriever loves company. He’s lived with other animals ever since he was a puppy, and losing his two best friends, a cat and a dog, made him sad.According to posts by Imgur user Squishiepeachies, Crosby’s owner, despite the sadness of losing his friends, Crosby was doing quite okay as single dog.

One night when he arrived from work, Crosby was not being his usual self. He always jumps with excitement to greet him, but this time he was restless, and kept trying to lead him to the bathroom. When he finally followed Crosby, he realized what his dog was so excited to show him, a little kitty was there in the bathtub, meowing nonstop. He had never seen the cat before, and the doggy door was too high off the ground for the kitty to reach.

It was pretty obvious, at that point, that Crosby brought the kitten, that resembled Crosby’s late best friend, inside. 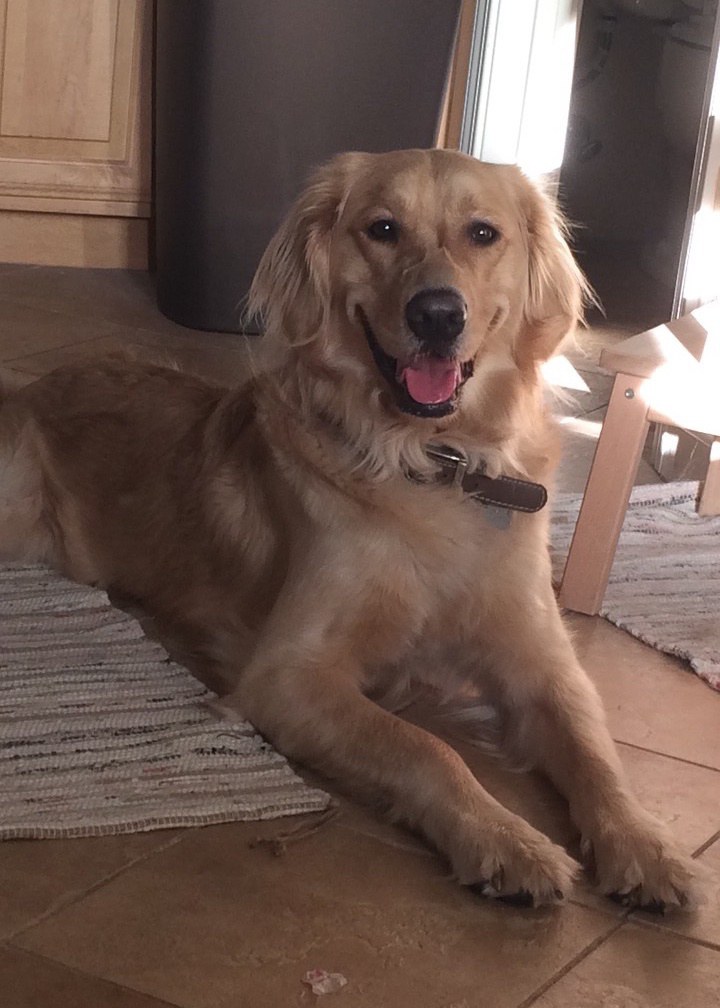 Squishiepeachies asked around his neighborhood to see if someone had lost a kitten, with no results, and the vet didn’t find a microchip. He only had three choices: leave her outside with the hopes that she’d find her way home on her own, leave her at the shelter where there is a chance that she will be put down, or just adopt her.

Given also the adorable reaction of Crosby, who looked so proud he saved a kitten, he decided to adopt her. The four-month-old female cat found a forever home and Crosby finally got a new forever friend. (h/t: lovemeow) 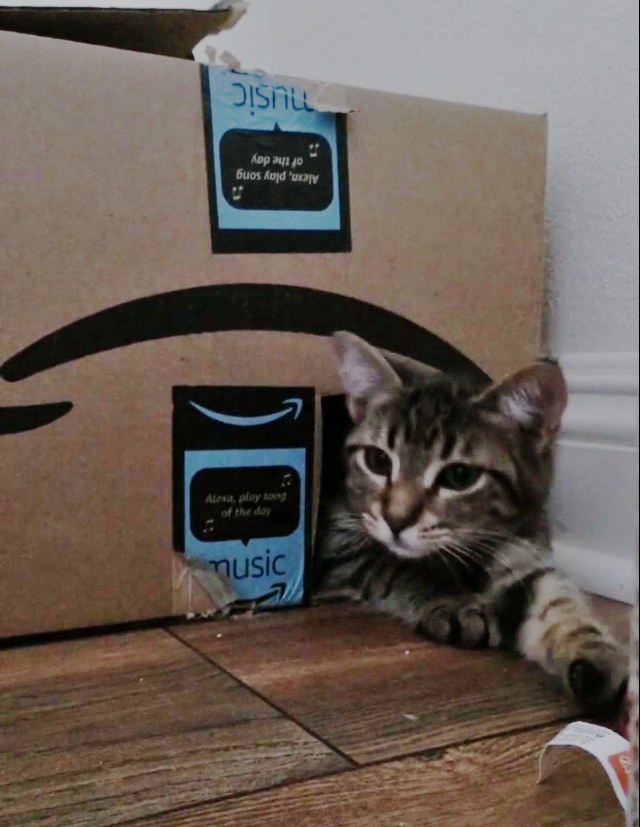 Crosby never lived alone, since he was a puppy. His two best friends, a cat and a dog, died, and now he is the only pet left in the house.

One night his owner came home, and Crosby proudly lead him to the bathroom. In the bathtub there was a kitten that just resembled his late best friend.

The doggy door was too high and out of the kitten’s reach, so it was clear that Crosby brought her in. 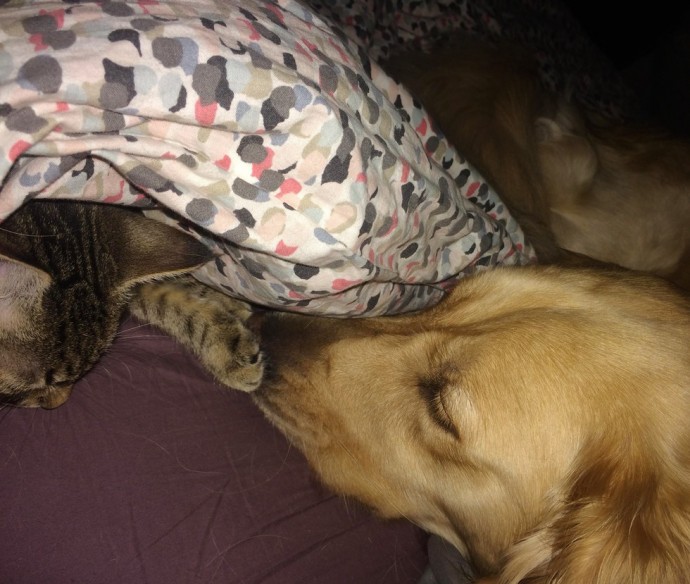 He asked the neighbors for the cat’s owner and even brought her to the vet. However, she wasn’t microchipped. They also found out that she was four months old and had been recently spayed.

They had three choices, set her free in the hopes she would find her way back home, leave here at a shelter or adopt her.

He didn’t have the heart to leave the cat out on its own. More so, to leave her at the shelter, where she could have been put down. So he decided to adopt her. 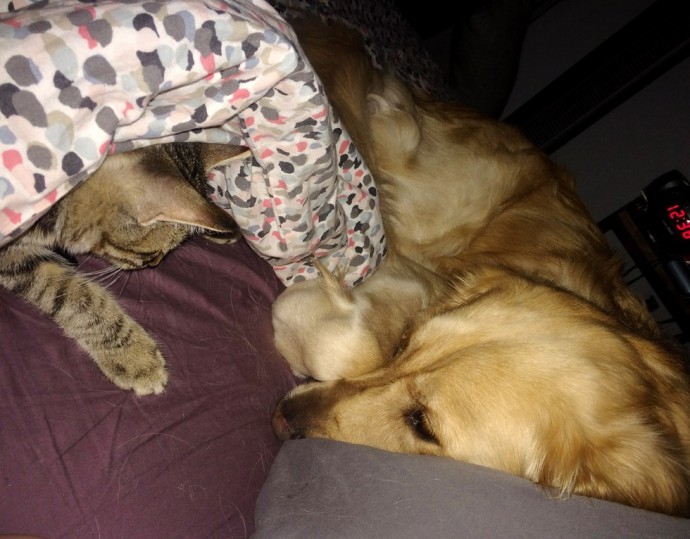 Dad Sleeps Downstairs With Senior Dog To Keep Him Company