Lucy and Sully are as loyal as they come. They met at a shelter and became fast friends, even going to a foster home together. When someone was looking to adopt Lucy, it was made clear that these two were a package deal, so the woman adopted them both!

Not much is known about their histories. Redhead Lucy came to the shelter when she was a few years old, and Sully was just a puppy when he arrived. They hit it off, and Lucy loved Sully as if he was her own son.Seven years ago, Alaina Brinton said goodbye to her senior dog, and was ready to open her heart to someone new a few months later. Lucy caught her eye, so she called the shelter to see about meeting her.

“I saw a picture of Lucy at my local humane society and just had to meet her,” Brinton told The Dodo. “When I called, they said that she’d been fostered with another dog and they’d like for me to also meet her buddy. I figured there wouldn’t be any harm in seeing both.” 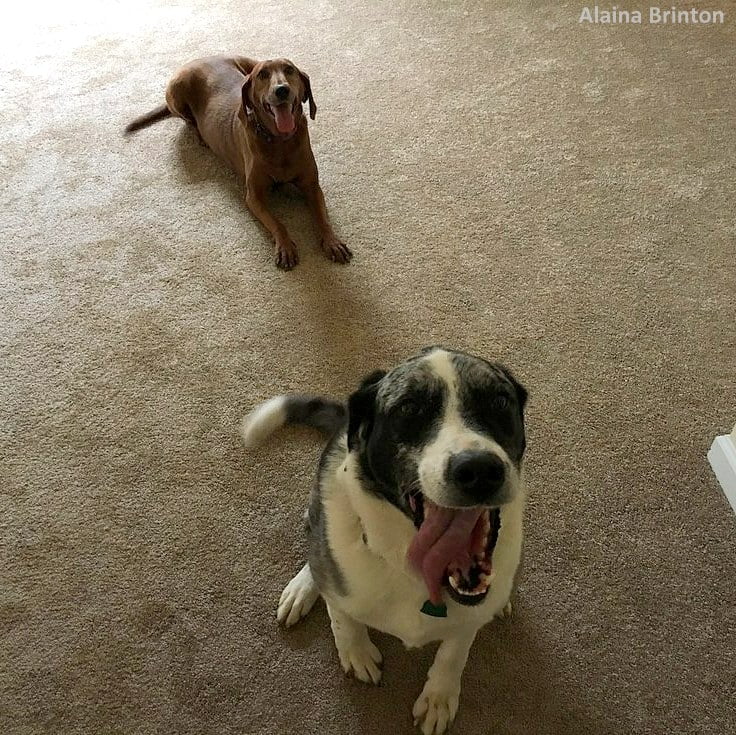 She certainly hadn’t set out to adopt two dogs, but realized how close Lucy and Sully were, and knew they’d be devastated to be without one another. This wasn’t really a problem, because after meeting him, Brinton was charmed by Sully, too. 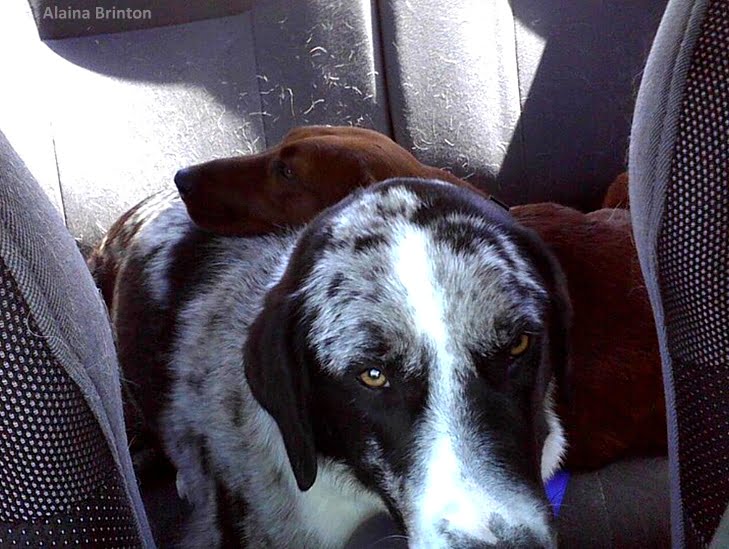 “I fell in love right away. Besides, it was obvious Sully was looking to Lucy to show him what things were or weren’t okay, and I wouldn’t have had the heart to split them up.”

Both dogs were nervous in their new home, and greatly relied on each other to get through the scary change. 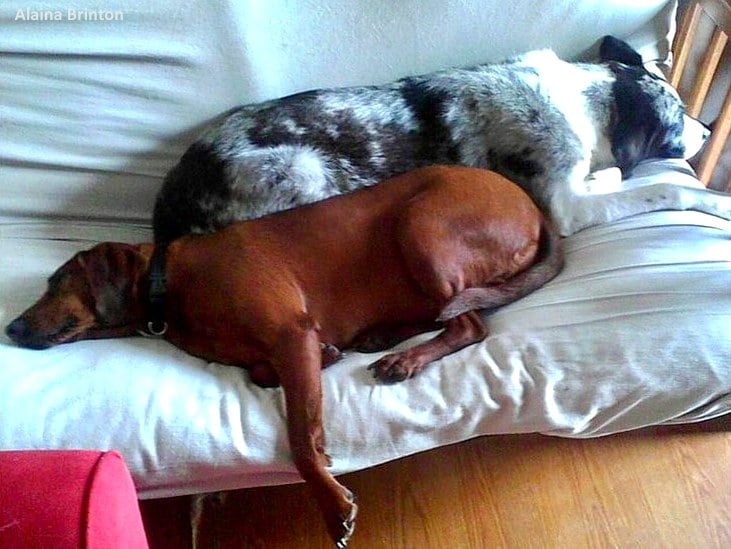 “The same way they feed off of each other’s excitement, they also fed off of each other’s growing comfort,” Brinton explained. “They settled in together, and figured out the new routine like a team. It was perfect, and I think it was a much easier transition for each of them because of the company of the other.” 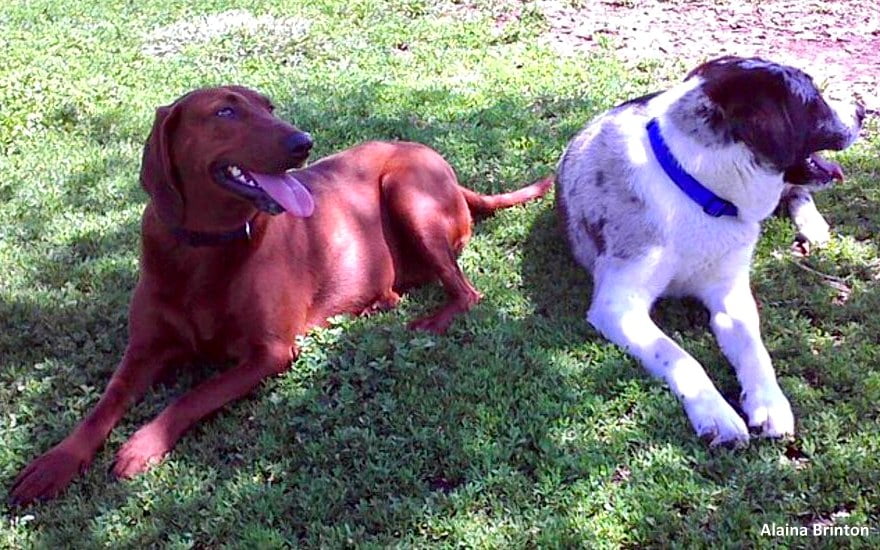 It’s been seven years since they were adopted, and their love is still going strong. Whether it comes to playing, lazing about, or snoozing in their Kentucky home, these two do it together. 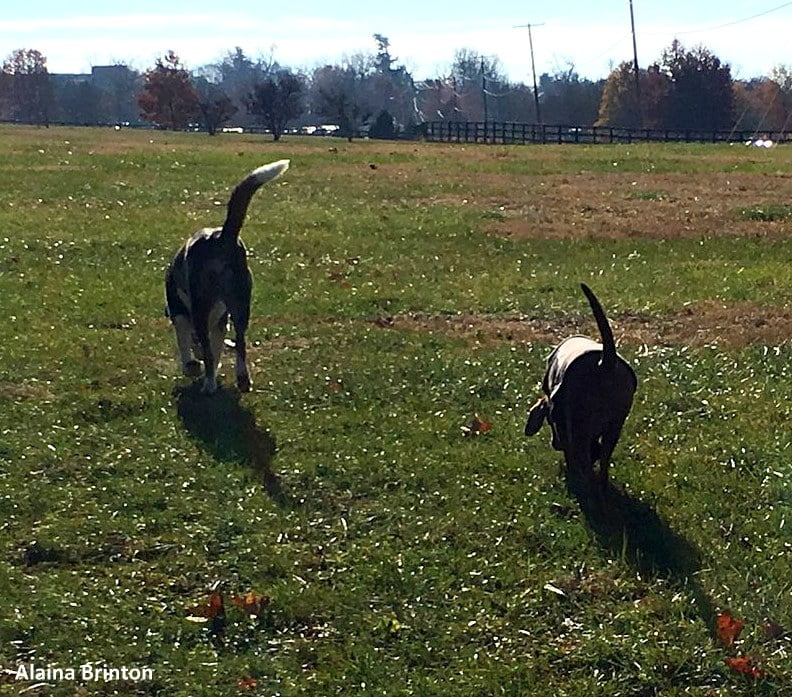 “They’re buddies forever. Anytime they’re settling in together, Lucy will give Sully a couple of licks on his forehead and he just looks like he’s so pleased.”

The only time they aren’t connected at the tail is when they go to the dog park and Sully wants to run around. But even then, they aren’t apart for more than a couple of minutes at a time.

“When he’s roaming around the dog park, Sully will come back and check on Lucy every couple of minutes or so,” Brinton said. “He says hi, walks with her for a bit, and then he’s off again. She doesn’t seem to mind.” 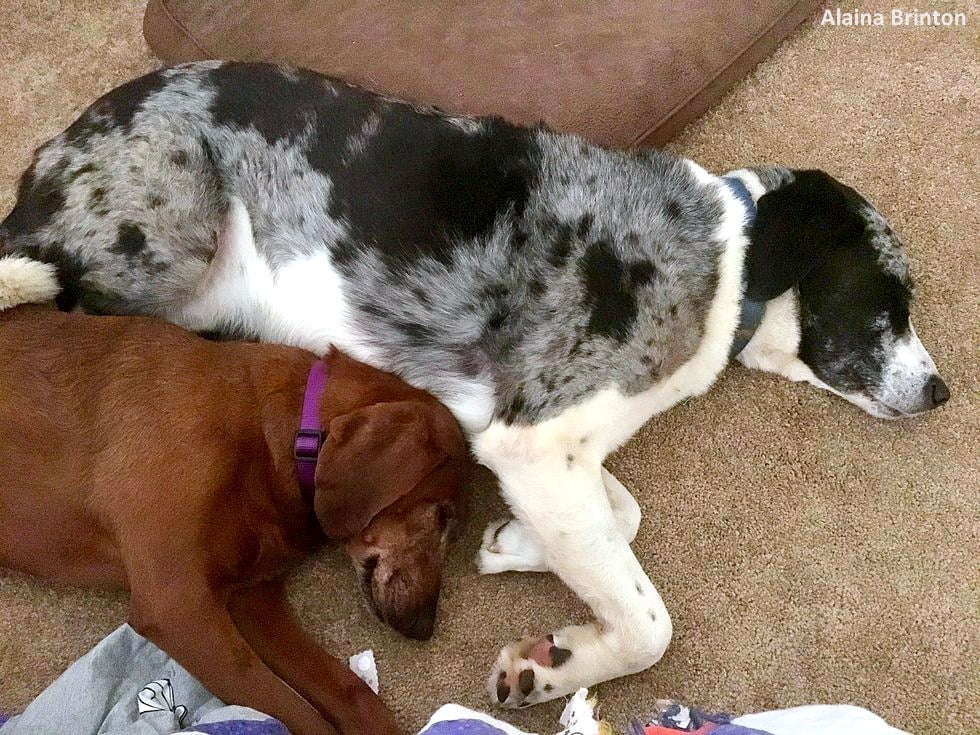 Recently, Lucy got out and went missing. Fortunately she wasn’t gone too long, and funnily enough, she walked herself right to the shelter! Stranger than that, however, was the fact that Sully hadn’t tagged along with her! So apparently they don’t quite do everything together.