Ruby and her brother Miles love spending time at The Den Doggy Daycare in Burlington, Ontario. The two German Shorthaired Pointers are regulars at the establishment, and they really made a name for themselves. After all, Ruby has made a big impression on the staff because of her peculiar habit.Ruby loves petting other dogs. Every time she comes to the daycare, she insists on petting as many dogs as possible.

No one knows exactly why she does this, but the world has fallen in love with her quirky personality.The staff at the daycare explained that Ruby tries to pet the other dogs almost every single day. She started with just petting Miles, but then she slowly moved on to petting all her new friends too. Miles has never tried to pet any of the other dogs, it’s only Ruby’s thing.

“We think it started with trying to get Miles’ attention or to play with him and just evolved from there. Most of her friends at daycare don’t mind and see it as her playing with them,” said Spencer from The Den Doggy Daycare.

One day Alanah Lorraine, the mother of another dog at the daycare, spotted Ruby petting the other dogs. She was very amused by it, so she paid extra attention to Ruby’s behaviors every time she stopped in. She thinks that it’s just Ruby’s way of asking for attention. 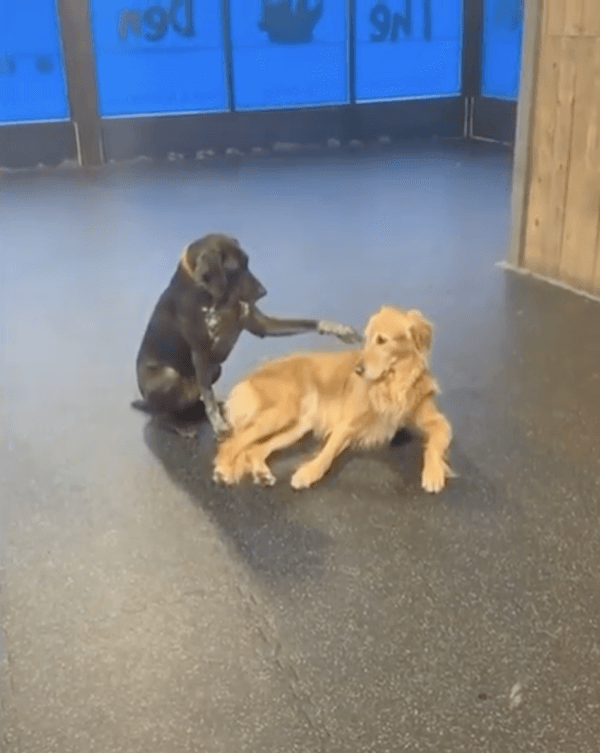 Lorraine eventually began recording Ruby’s encounters with the dogs. Whenever she caught Ruby in the act, she’d record it. Eventually, she combined all the clips together into a silly montage of Ruby petting other dogs.

At first, Lorraine just thought it would be a cute and funny video to share. She first posted it on TikTok just for fun, but it quickly blew up and got thousands of views. Suddenly, people were sharing it all over social media. 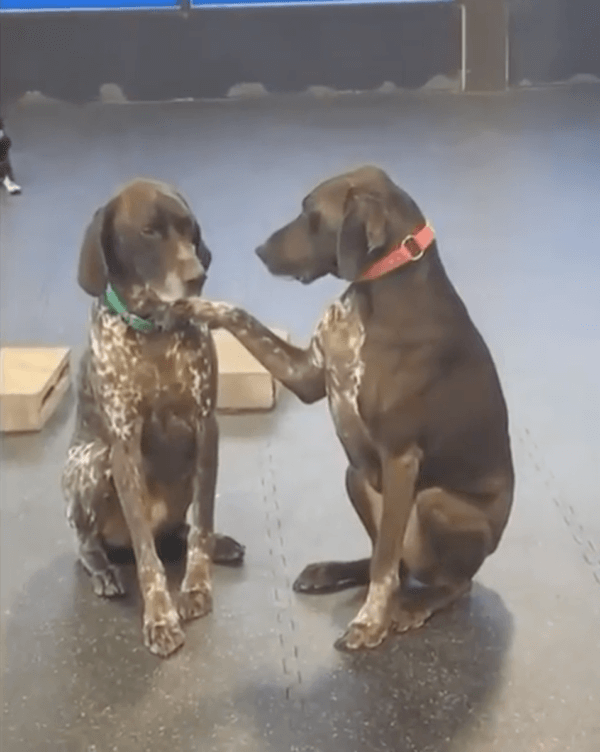 “I thought it would be adorable,” Lorraine said, “but I never imagined it would go viral.”

It’s difficult to know exactly what Ruby’s pets mean. Many dogs paw at others because they want attention or they want someone to play with them. But usually, they paw at humans, not other dogs. Luckily, the dogs aren’t bothered by Ruby petting them, although they seem very confused by it. 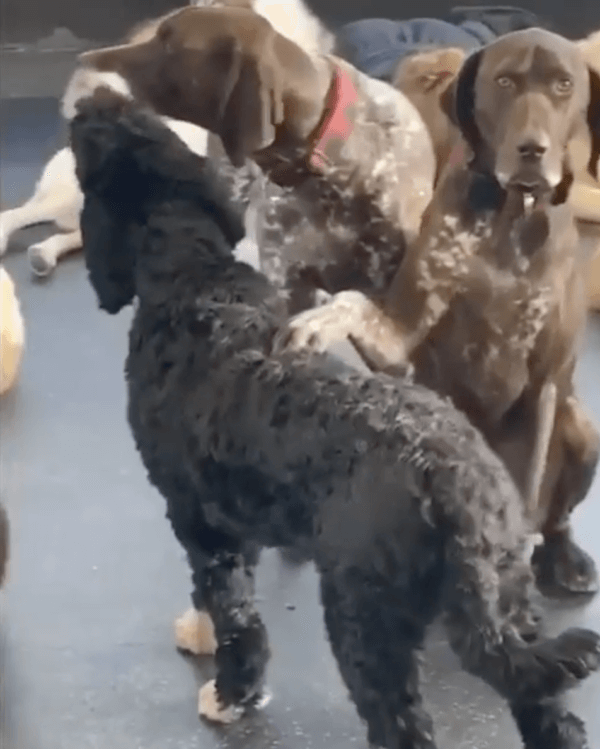 Thanks to Ruby’s viral video, she’s finally getting the attention she craves. Hopefully humans will give her plenty of her own pets in return.