When it’s time to eat, it’s time to eat and this adorable pit bull is letting his fur momma know that now is the time!Beautiful Debo is a four-year-old American Staffordshire Terrier. He’s decided its hungry time so the adorable gray pup carries his dinner bowl into to the living room and gives his mom the biggest hint ever.

Mom asks him, “are you trying to tell me you’re hungry?” Debo happily wags his tail and sets his dish on the floor. He then makes a big deal over licking the inside of his bowl meanwhile we know he’s not really suffering because he can’t stop wagging his cute tail.Funny thing, when he places his bowl on the floor, he begins to lick it as if he was licking up the crumbs of his last meal on earth, but this bowl is shiny clean.

This cute pup is such a clever trickster but he has gotten what he came for, which is his mom’s attention.

Mom laughs at her adorable pup and asks him, “would you like me to feed you now?” Debo responds by carrying his bowl over to her and lets her try to take but he’s not really ready to give it up, yet. 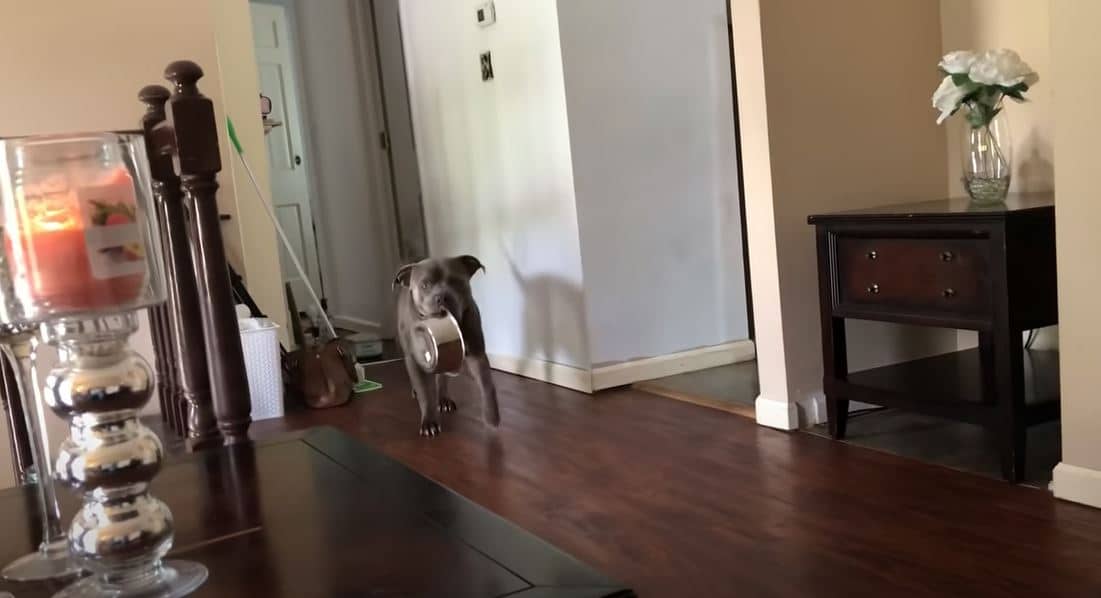 He carries his dish a few feet away and sets it down and starts batting it with his paws. This seems to be a game he knows well because his mom apologizes and says, “baby, I’ll feed you now.” 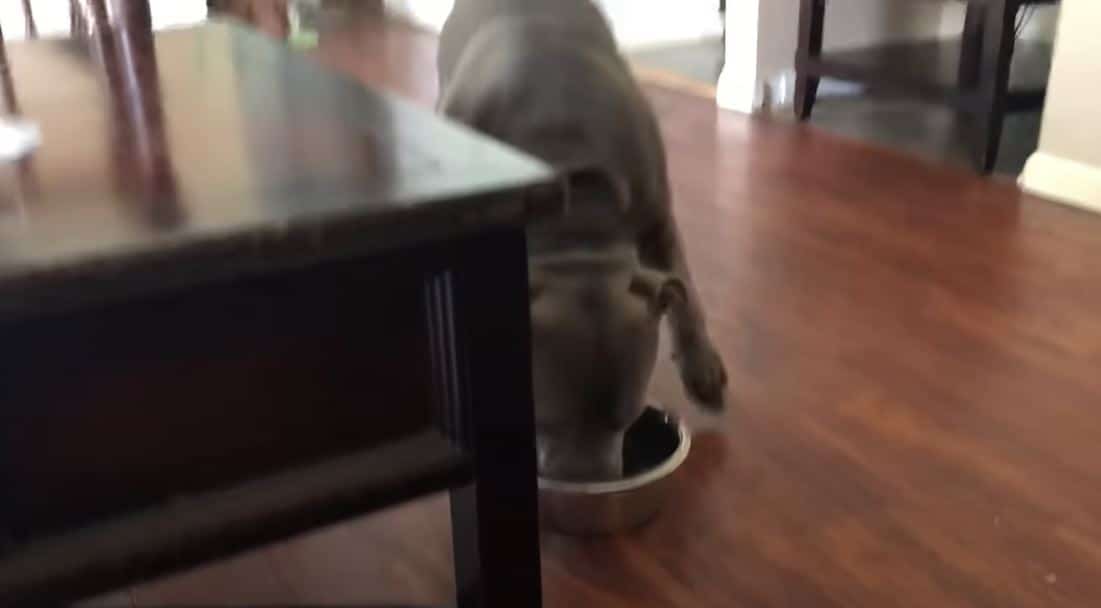 Then in the cutest move ever, he carries his bowl over to her and lets her take it so she can feed him his dinner. His sweet little face is so trusting, he knew all along he’s going to get his dinner. 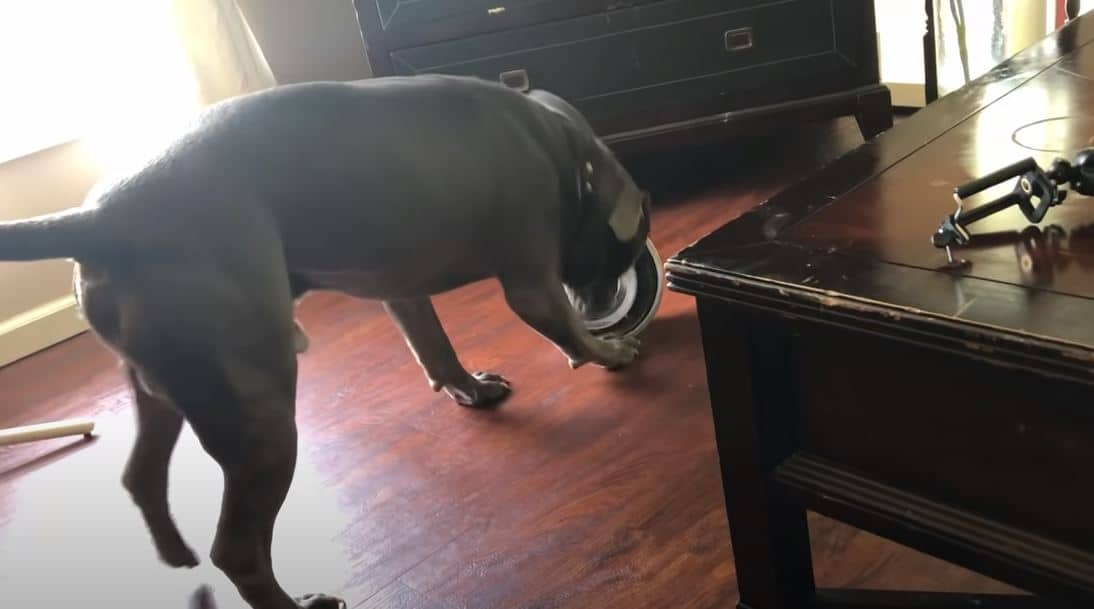 And she does, right then gets up to feed the little guy. 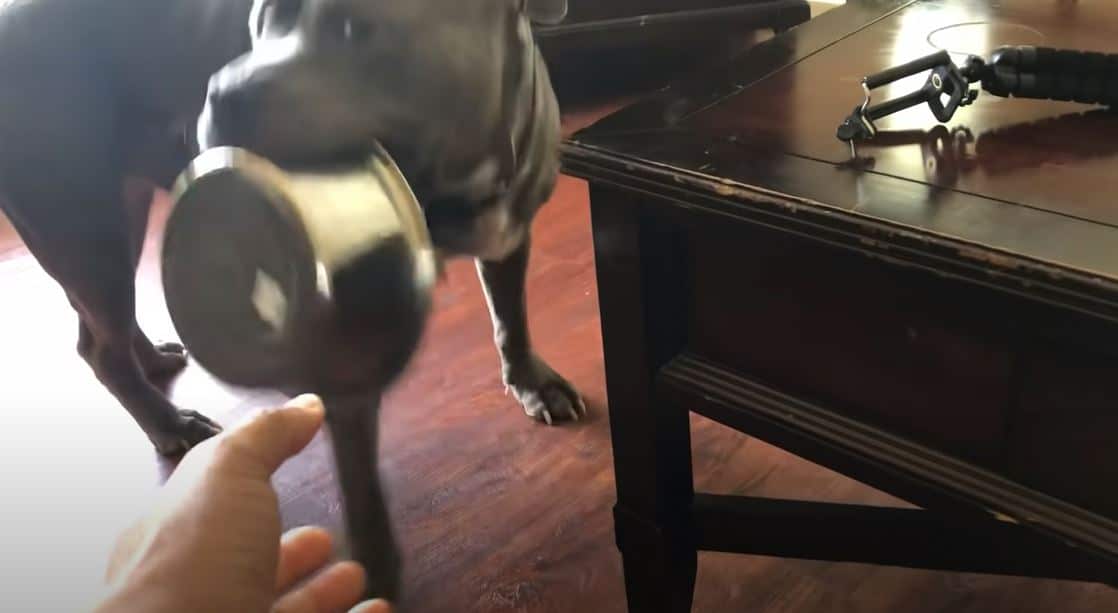 The healthy pup obviously hasn’t missed any meals and is well taken care of. He simply enjoys playing this game with his fur mom and she must equally enjoy it because it seems he’s got her wrapped around his adorable little paw.