Daniel Nava is a delivery driver for FedEx, and he’s recently taken on a pair of very cute interns: his two pups, Chorizo and Cocoa.The two pups normally spend their days at doggy daycare while Nava is at work, but due to the ongoing pandemic, the daycare has had to close.Rather than leaving his furbabies all alone at home, Nava decided to bring them to work with him.

Nava was initially worried about whether Chorizo and Cocoa would be happy riding around with him, but he soon discovered that they loved getting to spend all day with him.Before bringing the dogs along, Nava discussed the issue with his supervisor who was very understanding and agreed to let the pups tag along.While driving, Nava keeps the pups on a harness which is attached to his seat, to keep them both as safe as possible.

And Chorizo and Cocoa are having a blast riding around with their daddy. 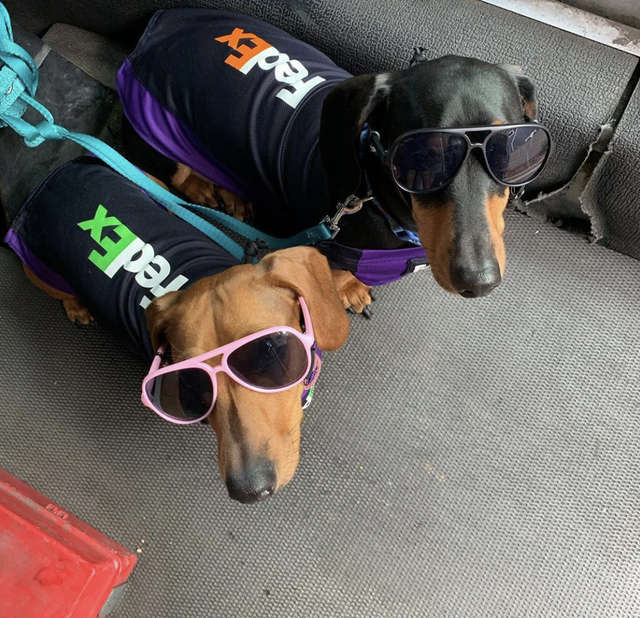 “They seem to enjoy their time on the route — sometimes we stop by at the local neighbourhood parks and I let them run around for a little bit,” Nava told the Dodo.

And to make sure his new little delivery assistants look the part, Nava even got them their own little FedEx work uniforms. 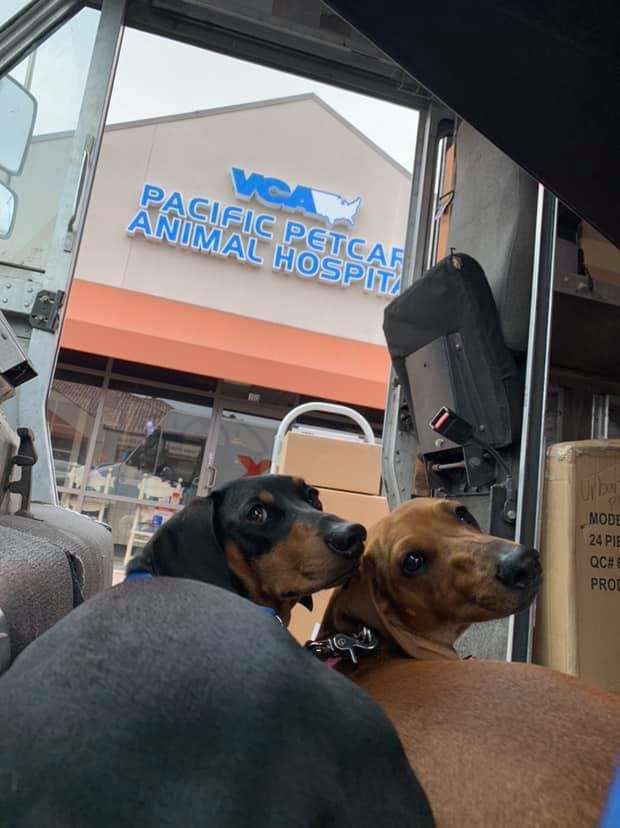 The pups are super cute in their little outfits and spread joy to everyone they meet on their delivery route.

Once the doggy daycare reopens they’ll be happy to be reunited with their playmates, but for now, they’re more than thrilled to help their dad with his deliveries. 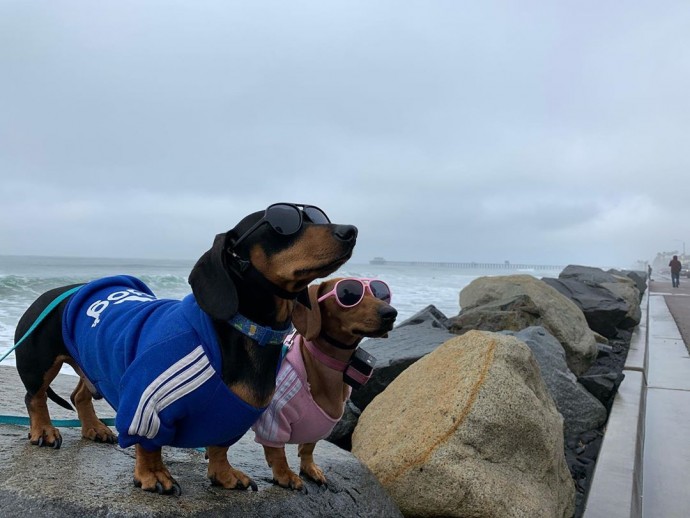