Friendships can form across distances and thrive despite differences in age, race and background, they can overcome any difference, even between animal species. Like this Belgian Malinois, Ingo, who found an unlikely friend in an owl named Poldi.

When animal photographer Tanja Brandt saw the unlikely friendship these two had formed, she immediately took shots of the two enjoying each other’s company, and this is how her beautiful photo series about Ingo the dog and Poldi the owl started.Aside from Ingo and Poldi, Tanja also has other feathery friends in her animal family that Ingo has grown closer to.

If you want to see how Ingo and his feathered friends bond, you can visit Tanja’s 500px page and Facebook page. 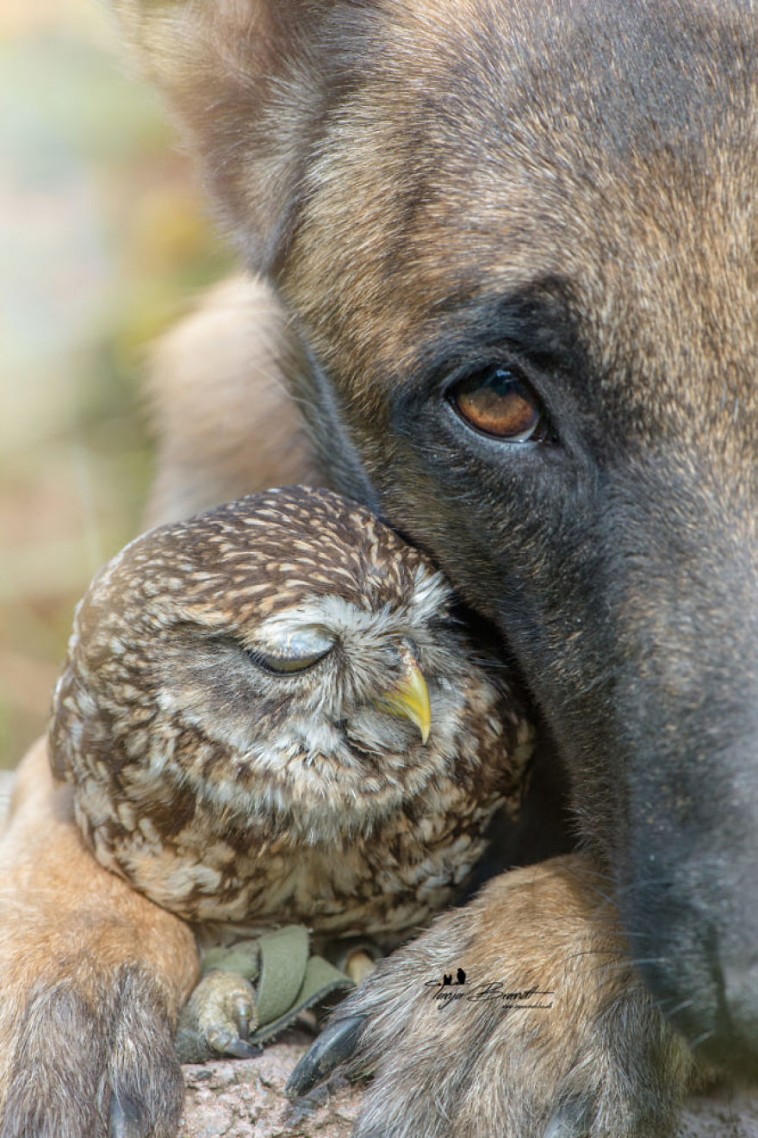 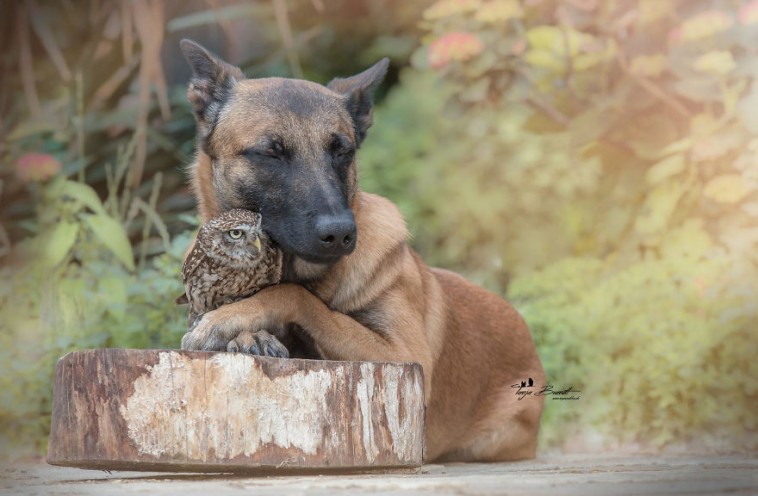 And if you want to know more about Tanja, her furry and feathery family, and her artistry, you can visit her website.
(h/t: boredpanda) 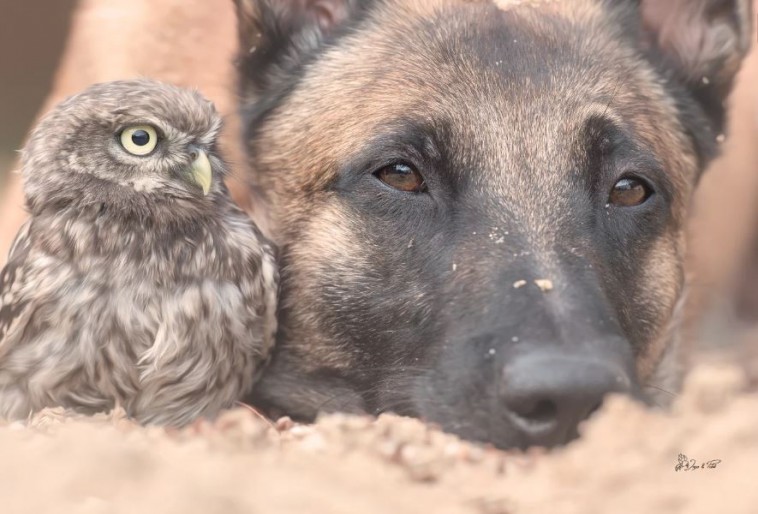 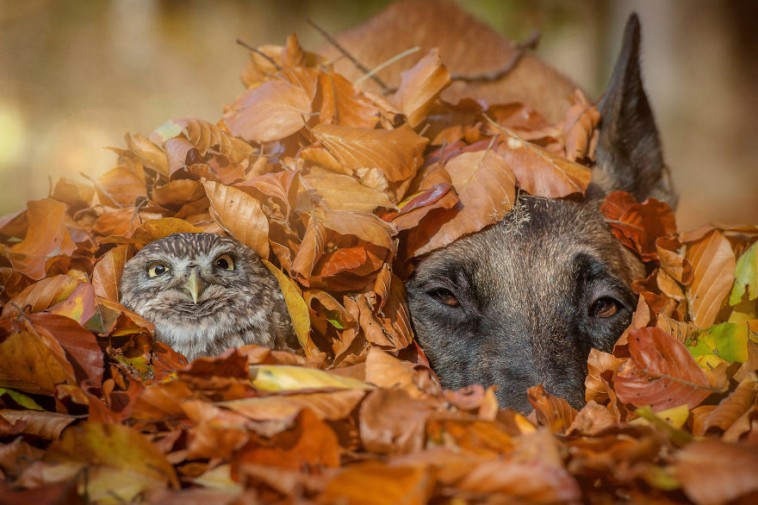 On Their Way Out, Couple Sees Dog In Need And Grabs A Laundry Basket