When the surveillance company contacted Kristen King about a break in to her home, they immediately called her at work. Her first thought was that it must be her landlord but when she found out it wasn’t, her blood froze because her German shepherd was home alone.Kristen and her boyfriend live in the house in Detroit with their dog.

It was only 11 am when the home invader made his brazen entrance, which was caught on camera. Nothing stopped him, not the broad daylight, the barking dog, or the houses in the neighborhood being so close together.On the phone, the security company told Kristin that the man was attacking her dog so she requested that they call the police.

The video shows the intruder, who grabbed a floor lamp and went after the German shepherd, even striking the dog. 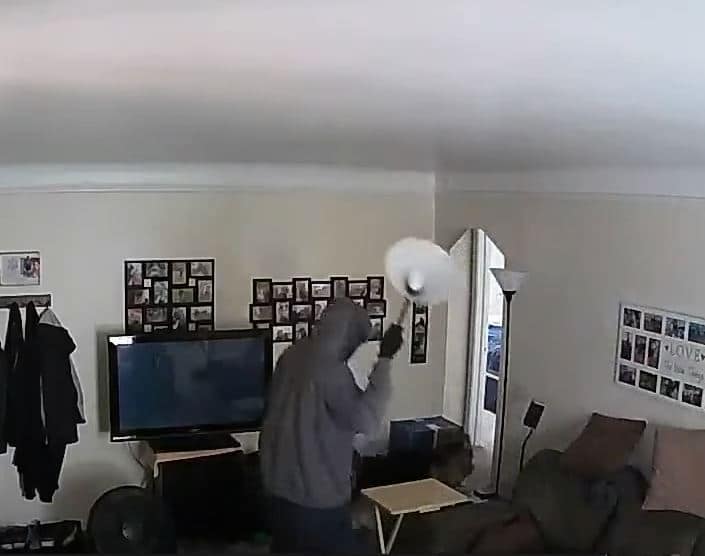 Security cameras throughout the house captured the thief’s movements moving through the home. He ended up in the master bedroom, where he stole jewelry and the sheets and blankets from her bed. He then walked back out the front door but not before leaving a mess. 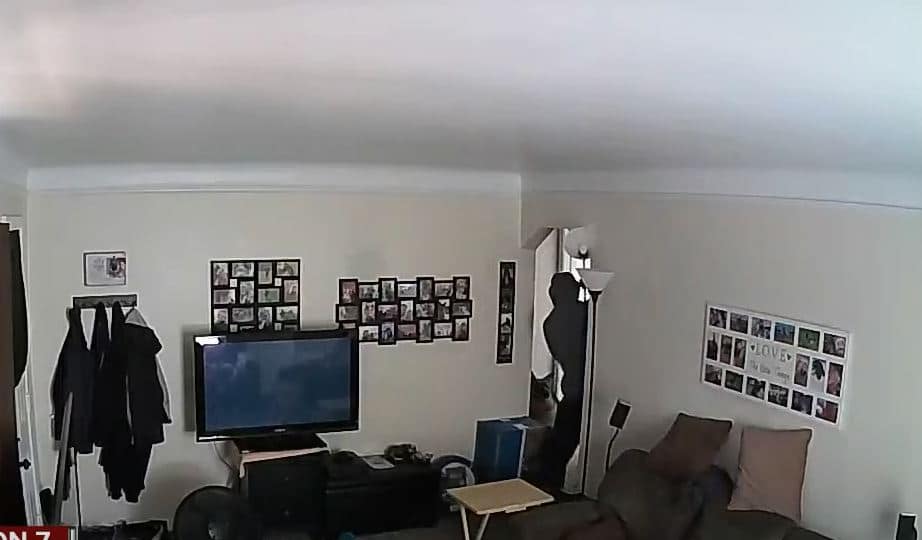 Turned out he had broken the lock on the front door and was undeterred by being greeted by the barking shepherd. Kristen feels violated but her main concern was for her beloved dog. Thankfully, who was not seriously hurt.

Kristin and her boyfriend had just moved to the neighborhood last October. The neighborhood is quiet, near and park, and neighbors say nothing like this has ever happened before.

The police released the video and pictures of the thief in hopes that someone will recognize him and come forward. Certainly, his chances of being caught are greater now that his face has been splashed all over social media.

Hopefully people will share this video far and wide because not only did this person steal, but he was willing to injure a dog in the process, which is scary and bold, at the same time. We’re glad the dog was safe.