Edith Govea was visiting a relative in San Luis Potosí, Mexico, when she witnessed a scene that would stay with her forever. A small white dog was trying to climb over a gate for some reason, and she’d later find out it was for love and friendship.A moment after the little dog was able to peek over the gate, a German Shepherd popped up from the other side.

The two dogs hugged and embraced one another.Apparently, the white dog lives nearby and is free to wander the neighborhood. And at one point or another, the dog and German Shepherd met and became best friends! And it soon became very clear that Edith was not just witnessing a one-time visit.

The small white dog started climbing up the fence where he would try and squeeze through the bars to see his friend. But he would need a helping hand. Edith pulled out her phone and started recording, and that’s when the German Shepherd appeared once again to lend a helping paw. 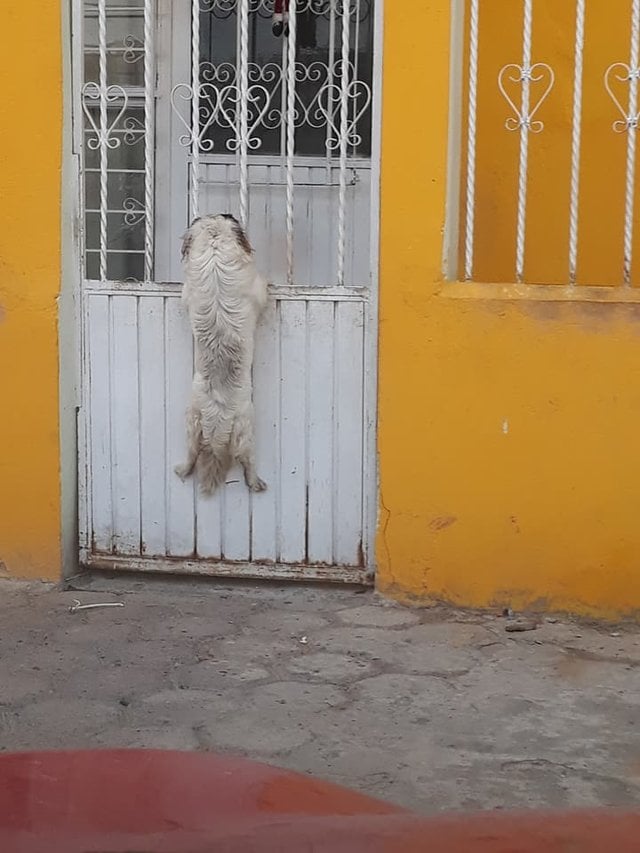 And it worked. The two seem as if they’ve done this a time or two! Now together, the German Shepherd and his guest took shelter in his nook and settled in. 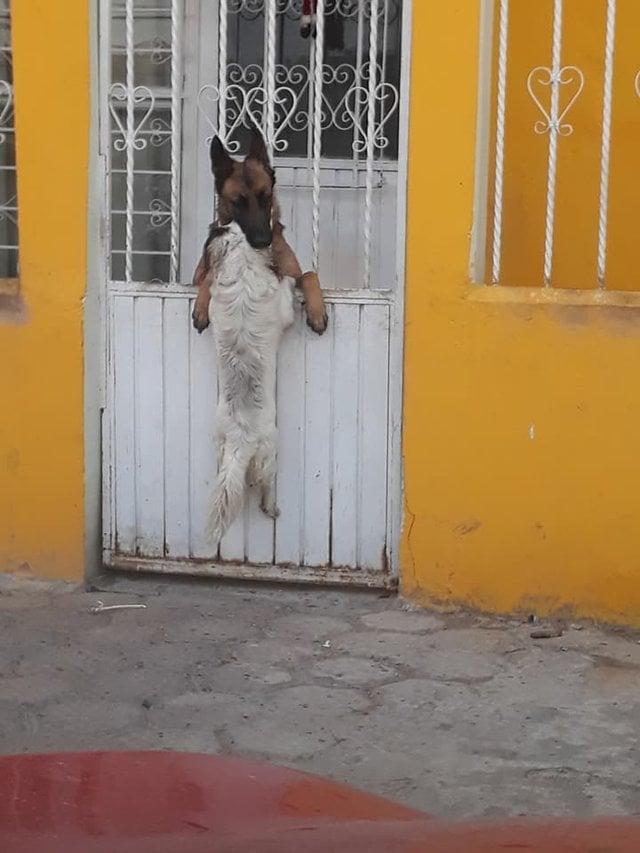 Edith was touched by the relationship she’d just witnessed between two dogs who refused to let anything or anyone come between them. The two are determined to see each other, and they’ll obviously do whatever it takes!

The genuine friendship was caught on camera for all to see, and it’s a nice lesson in what it means to truly love and care for one another.