In a settlement in Yemva, Russia, a 7-year-old German shepherd named Kiryusha was betrayed by his owners in the cruelest way possible. Not wanting the dog anymore, they gave him what they thought was a legal injection and buried him a shallow grave in the forest.The dog, however, was not dead and somehow managed to dig his way out of the earth.

He made his way to a nearby highway in north Russia. As fate would have it, a kind driver, Olga Lystseva, 39, spotted dog as she drove past.She could not get the image of the lost, wet, dog walking slowly down the highway out of her mind so she turned around to save him. She fed him and then loaded him into her car driving 93 miles to a dog rescue called Kind City.

Olga Lystseva, 39, rescued him and took him to Kind City dog rescue
Kind City began sharing pictures of the dog in hopes of finding his owner. And, that’s when the unimaginable happened. They received the news that the dog was not lost but in fact his owners had tried to euthanize him then buried him alive. 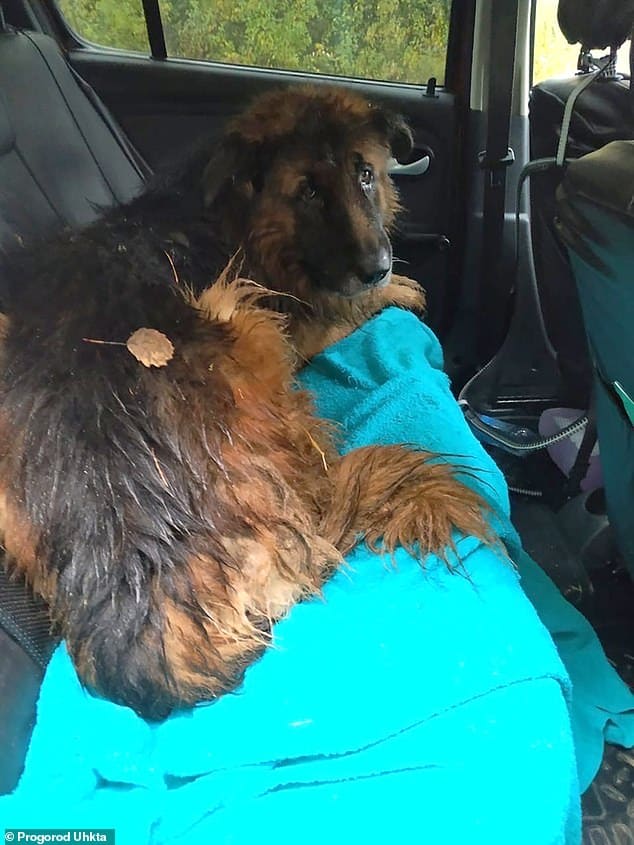 According to the shelter, the owners claimed that the dog was “unhealthy” and that they thought they gave him a lethal dose of medication. They apologized for burying him alive. The poor pup still had the shaved spot on his body where they stuck the needle in.

Despite all he went through, a vet said the dog was healthy. Suffering from nothing more than starvation and exposure, the dog could be adopted out to a new home after spending some time with a foster family. 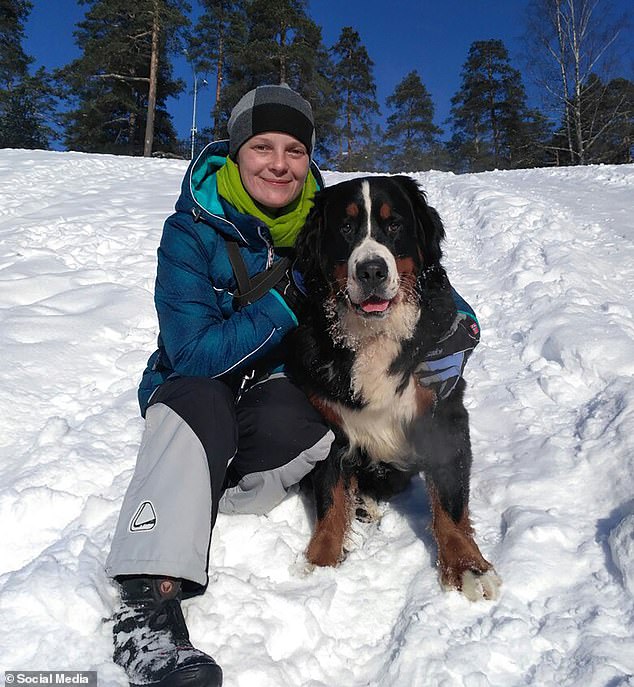 We can’t imagine why anyone would treat this beautiful dog so cruelly. It’s heartbreaking to think about. However, one day he’ll become the best friend of someone who truly deserves him.

“He is very calm.

‘He walks on a leash, does not rush anywhere, rarely conflicts with other dogs and does not bark. 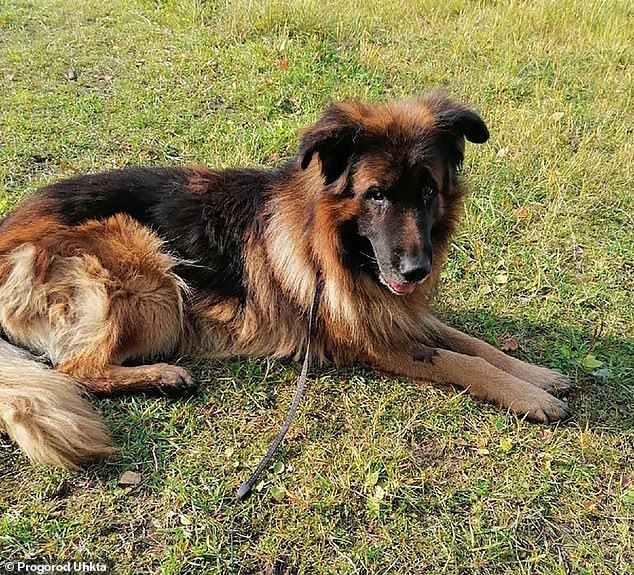 ‘He is good-natured with people.’”

Who could ask for more from a dog?