There is nothing cuter than puppies, birdies, and bunnies except for a trio of their adorableness playing all together on one bed!In this cute video, a sweet golden retriever named Bailey and his brown baby bunny friends are meeting a blue budgie for the first time (try saying that three times fast).Perhaps the most chill bird on the planet, this little parakeet meets his soon to be friends for the first time.

While the first little bun and Bailey check out the budgie, the bird is totally unconcerned that in some circles, he could be called a snack.Even when Bailey lets out a big ‘ol bark, the bird with ‘tude just stands his ground checking out the big dog while the little bunny hops away. Apparently, the bunny went to get reinforcements because next on scene are more adorable baby rabbits.

The little bunny balls explore and check out the chill bird who doesn’t seem to give a floof about their brown bunny butts. They sniff toward the bird with their little noses twitching and the bird does absolutely nothing, not even a peep.

Things get more interesting when the four bunnies get bolder about inspecting the feathered creature sharing their bed. As Bailey looks on, the bunnies get closer the budgie and then one gets into his birdie space. 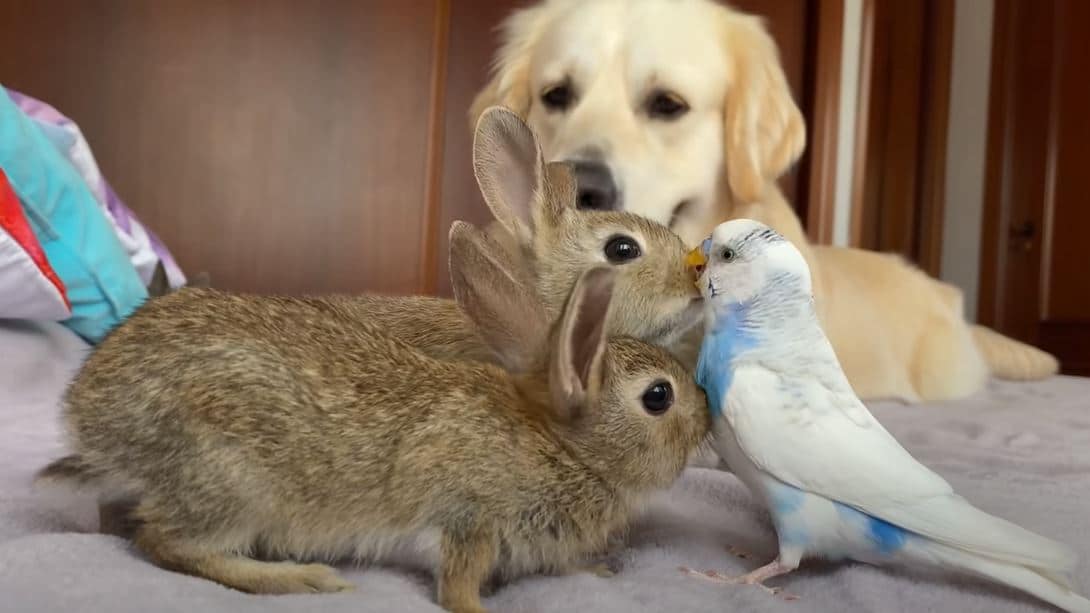 The little bunny starts to sniff the parakeet, who doesn’t seem scared at all. The little bird doesn’t fly away, he just shakes his little head, shaking off carrot breath, who now can’t seem to get enough of the bird. 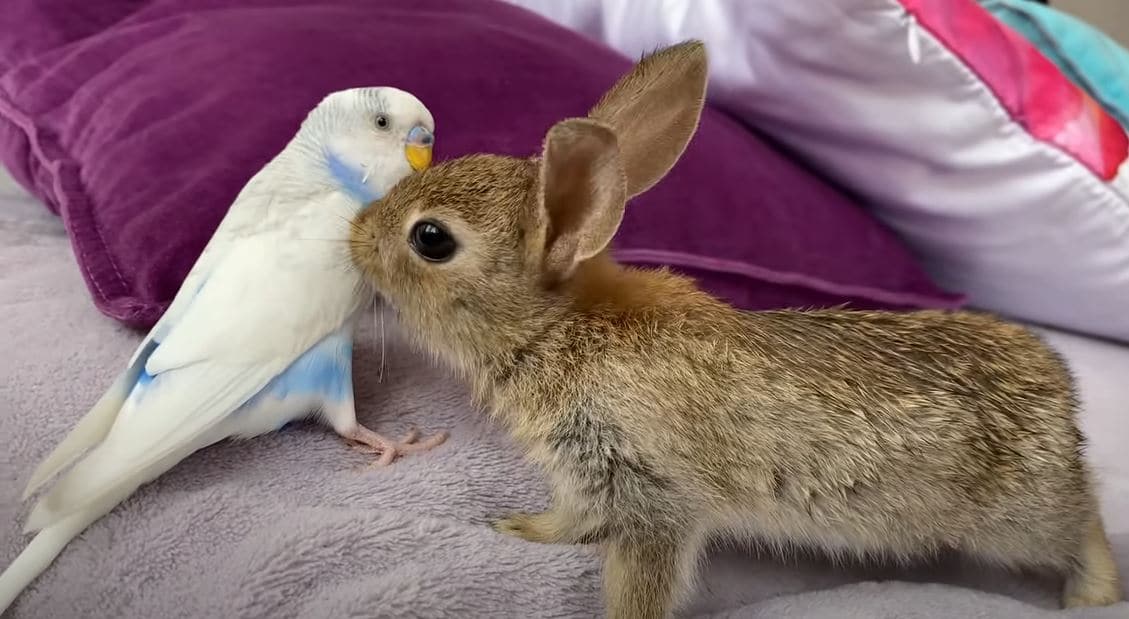 The budgie begins to put some air between himself and the rabbit but the rabbit is now super curious and sniffing at the bird’s beak. Despite that fact that the beak could give the bunny a serious pinch, the rabbit doesn’t back off with the birdie kisses. 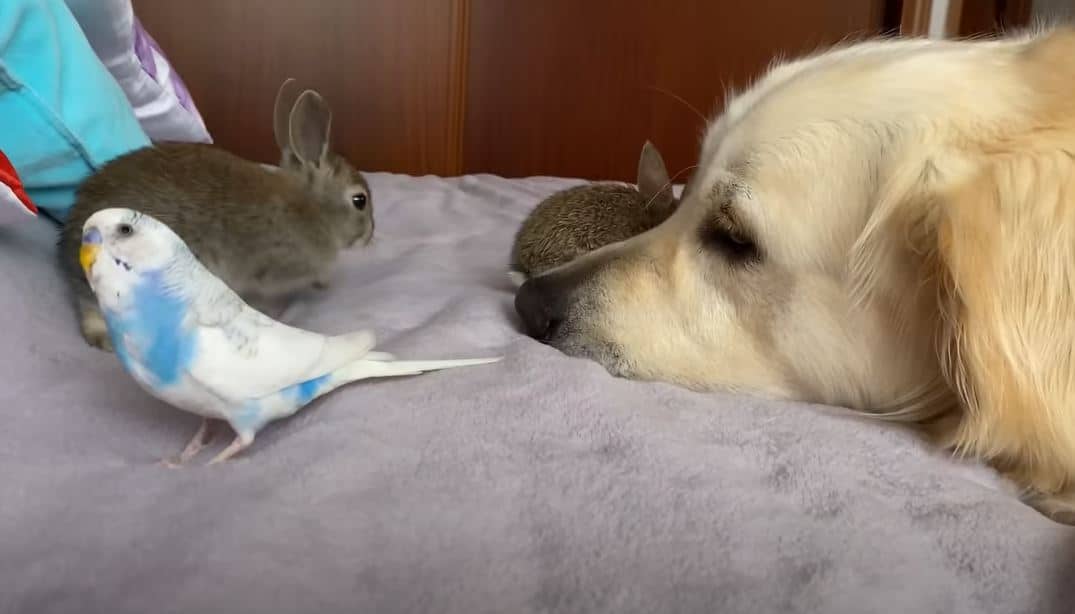 Next, there are two baby bunnies happily sniffing their new friend and the bird seems to enjoy it and even gives them some kisses and sweet nibbles. Sharing all this love suddenly seems to overwhelm the budgie, who runs to Bailey for help.

Bailey now wants to play, too, but instead gets a nose full of tail feathers and starts rubbing his ticklish snoot on the bed. Bailey got booped by the bird and is going nuts!