This adorable golden retriever, Bailey, just wants to take a nap in his nice fluffy bed but he can’t because there’s an interloper in it!It’s nap time for the adorable Bailey so he heads for his soft and cozy bed. But instead of taking a snooze, he’s shocked to find a tabby kitten cozied up right in the middle of it. Bailey gives the kitten a quick sniff followed by a look that seems to say, “what is this doing in my bed?!”

Bailey’s expression says it all, “This is my bed, maybe if I circle around and bark at it, it will go away?” Nope, doesn’t work.Thankfully there’s more than one way to get a kitten out of a dog bed, you scoot it out. But Bailey quickly discovers that doesn’t work either…Possibly inspired by Mexican cuisine, Bailey next tries to roll the kitten into a burrito and taco but those tactics also fail.

The cute kitten doesn’t even budge when the dog bed is folded over him. It does look very snuggly. 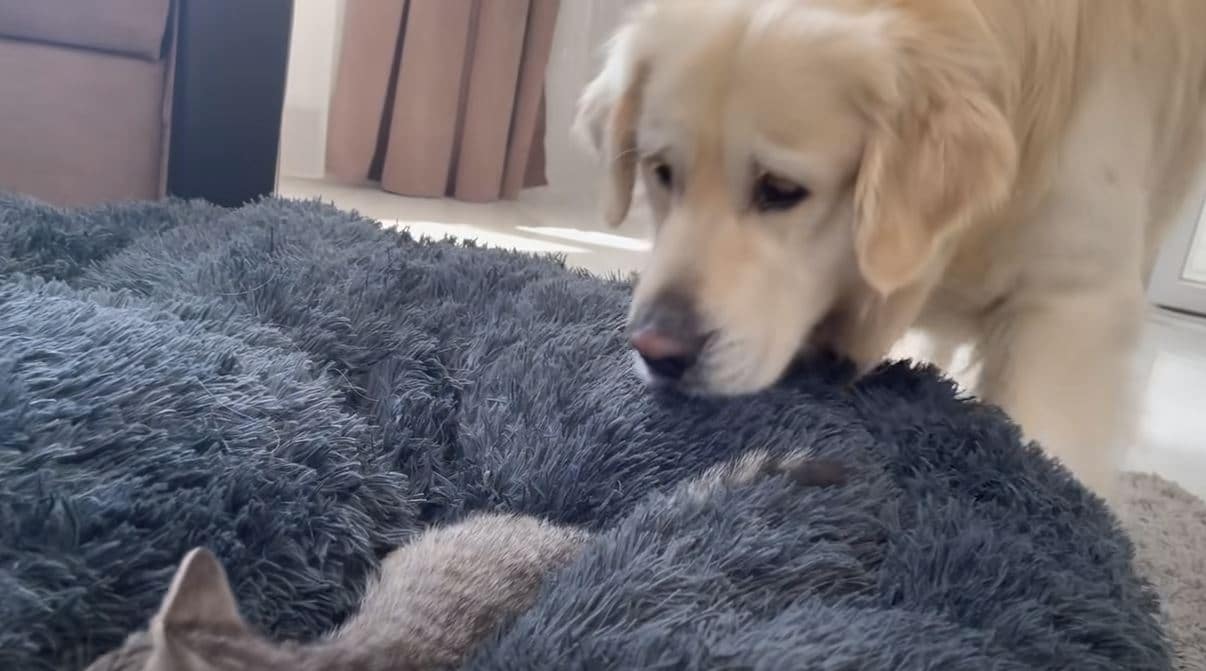 Bailey takes a break to ponder the situation before him. For a moment, he looks like he’s ready to share until he head butts kitty who doesn’t seem to realize he’s not wanted in that bed. “Please leave, kitty,” Bailey barks at him. 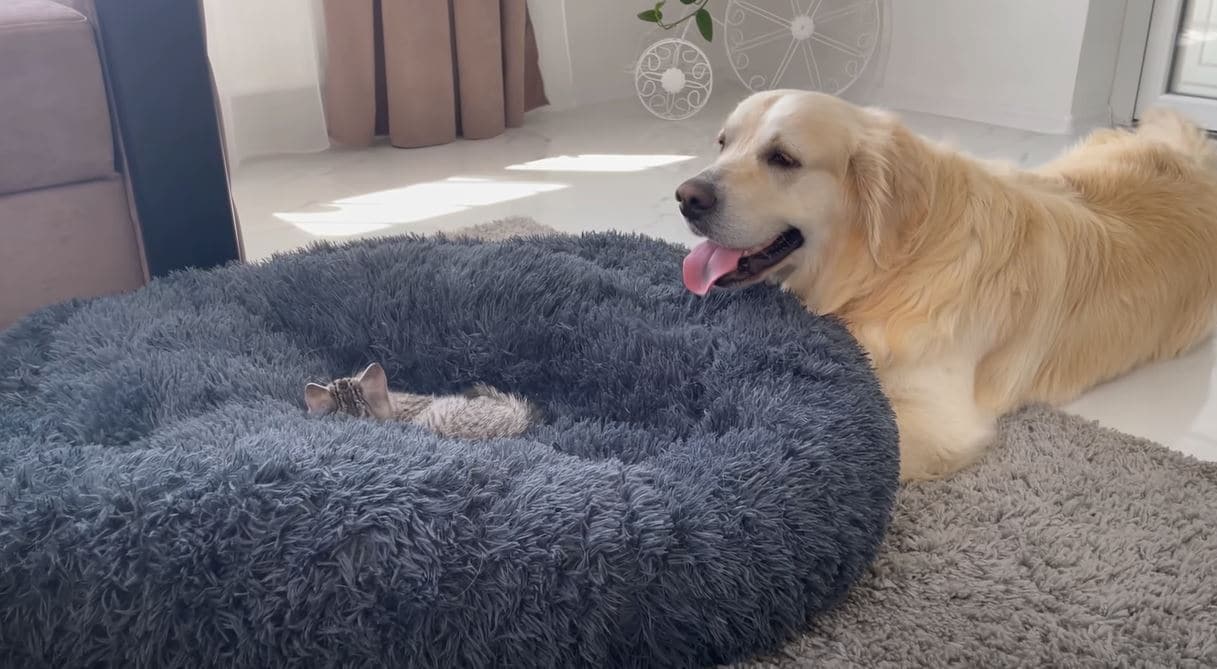 By now Bailey is adorably frustrated and flopping around the perimeter of the bed while the kitten looks on with a befuddled expression as if to say, “what’s up with you, ‘tis nice in here…you should try it sometime.” 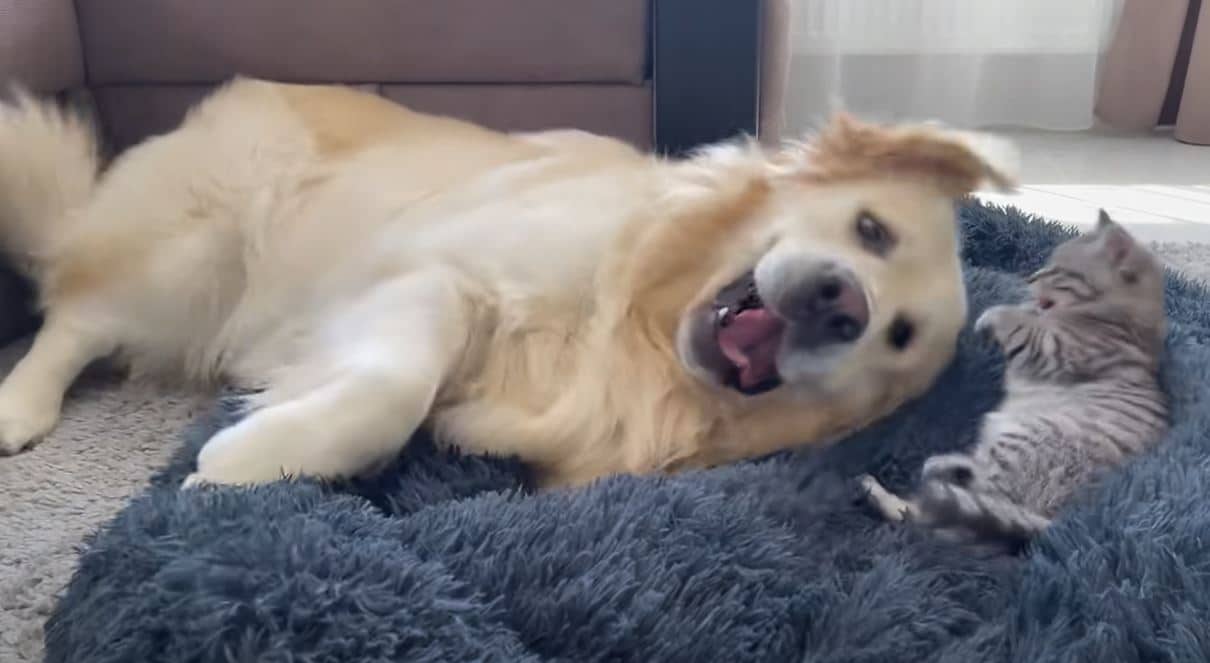 Bailey gives up and lays down next to the bed and soon the adorable kitten is snuggled up next to him, playing in his soft fur. Seems Bailey has a little nap mate whether he wants the company or not. 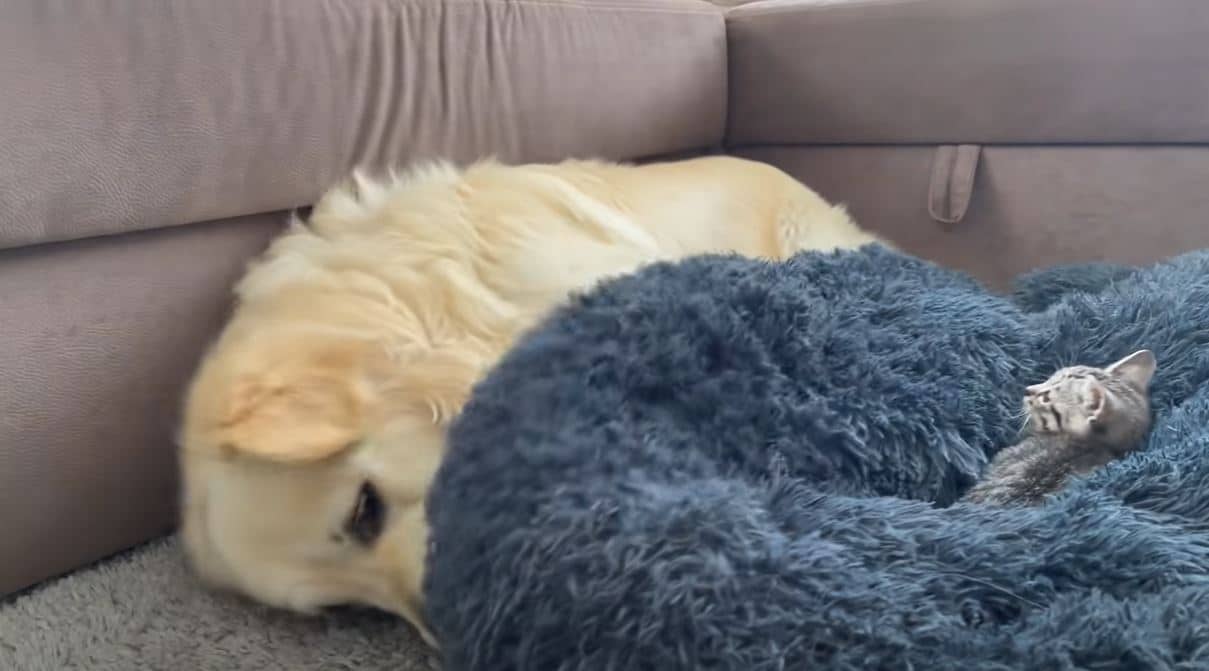 The two are super adorable and how can anyone blame that cute kitten for hogging the comfy dog bed? Mom Tells Her Husky ‘I Love You,’ And The Dog Digs Deep And Lets It Rip