There are two things that are constant in this world: the sunrise and the loyalty of animals.Animals never betray their family, even in the worst times. No matter the predicament, they’ll always walk beside you.This comradeship of animals is what makes them the best companions.

It’s easy to list examples of animals’ loyalty. The internet is filled with so many of them.If there are any lingering doubts, this story about three cats will prove it.This heart-warming story comes from the southern city of Italy, Naples.The city of Naples is normally known for its stunning natural beauties— though this time it is the compassionate inhabitants that steal the spotlight.

Three cats were on a stroll when they found a kitten.

The kitten was stranded on the steps as the rooftop was too high to reach. As such, the kitten was left with no choice but to remain stuck. 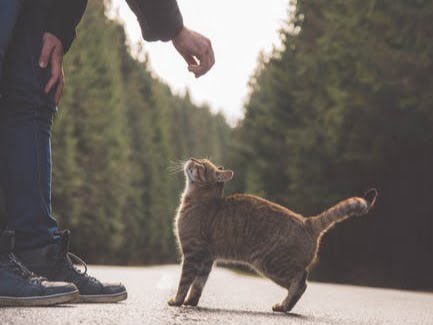 The cats quickly approached the kitten to help.
From the get-go, the cats knew what had to be done and there was no way they were leaving the kitten there alone.

They were determined.
One cat leaped down to help while the others peered closely from the edge, all prepared for further assistance if any was needed. 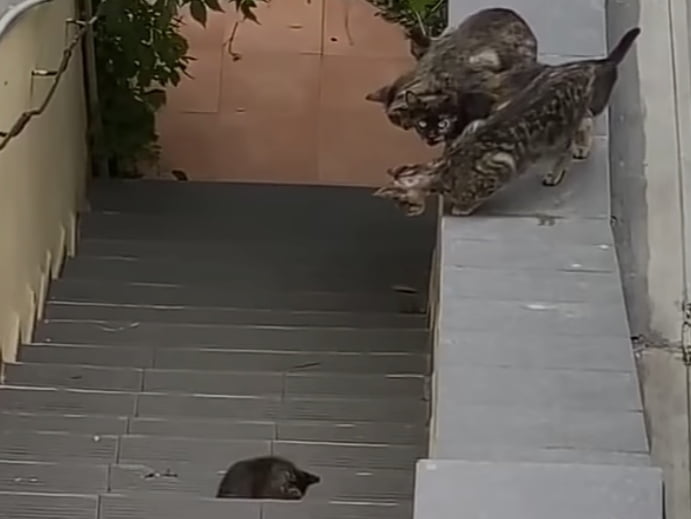 First, the cat tried to pick up the kitten with her mouth, but the grip wasn’t tight enough to carry it.

The cat tried to bring the kitten upwards. Another cat grabbed the kitten from its mouth, but she lost her clutch midway through and the kitten fell.

The initial struggle didn’t find any fruition but the cats had unswerving dedication.
Even after the initial failure, the cat made the second attempt while the others expressed concern and tried to see if there was another way around. 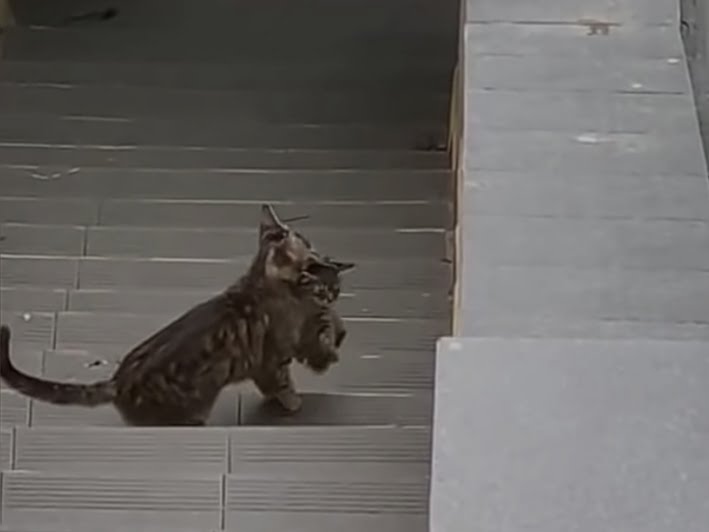 The cat struggled to find a perfect grip, lightly dropping the kitten multiple times before taking her second leap.

The cat gripped the kitten with all the strength and took the second leap with success! 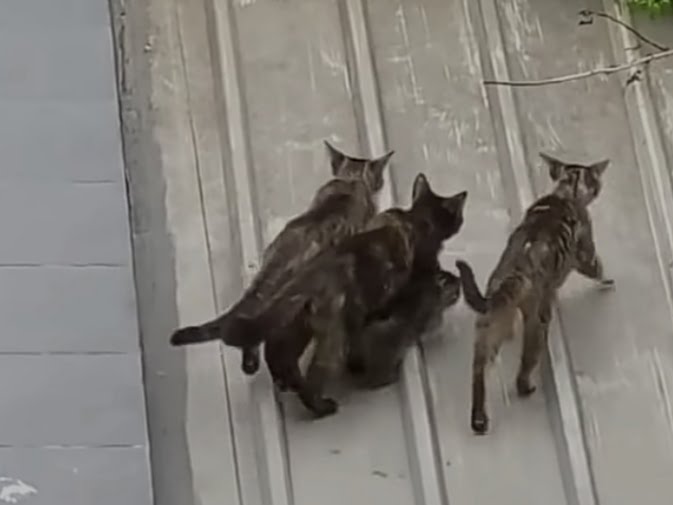 After the check, the cats and the kitten made off on their way.

This beautiful moment was recorded by one of the locals.
They were amused just as much as we are.

The video was recorded by one of the locals. Their name was Lucio. Regarding the video and the moment, Lucio said:

“I witnessed this scene this morning. The anxiety and suspense were very dramatic. I was willing them to succeed. It was like a National Geographic show”
This heart-warming clip shows just how lovely and amusing mother nature really is. Mom Shows Video Of Her Dog Being The Best Babysitter